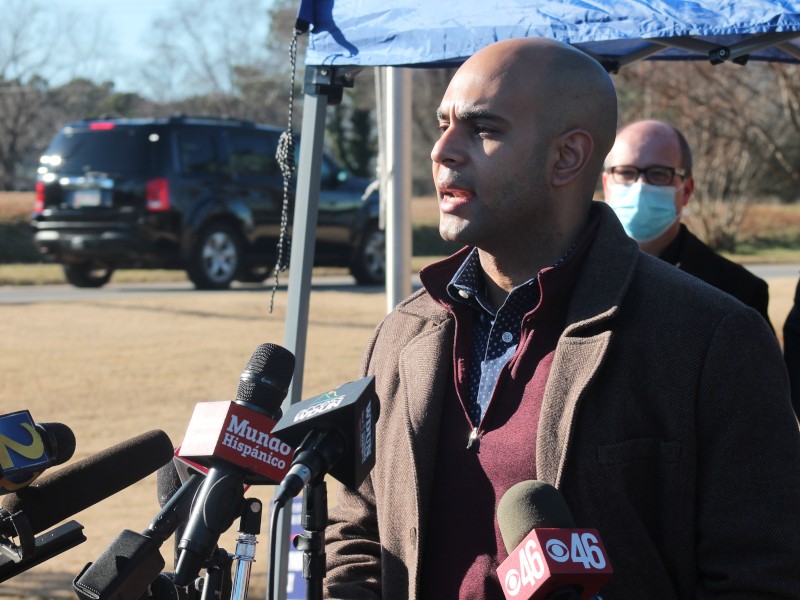 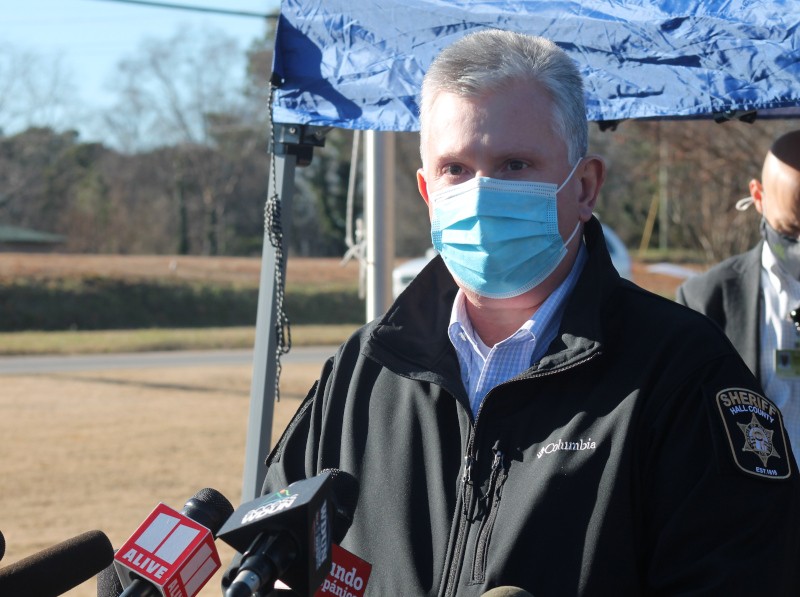 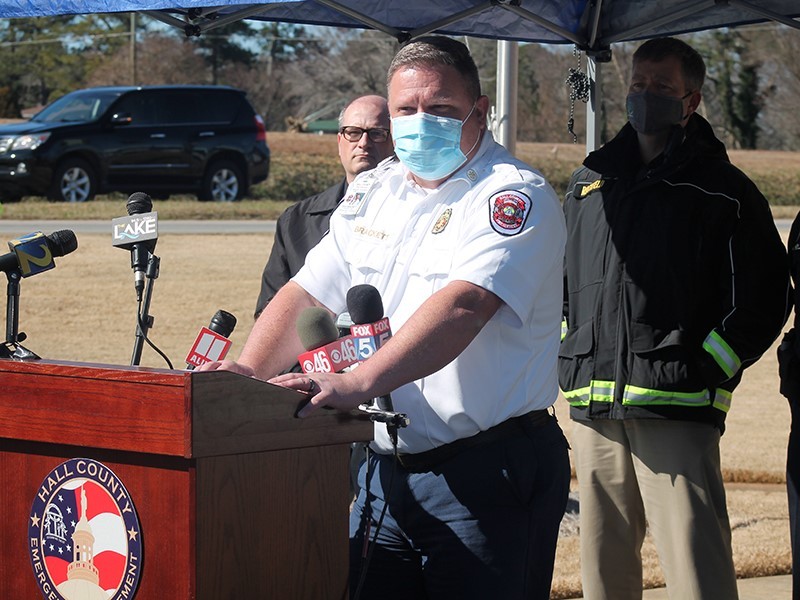 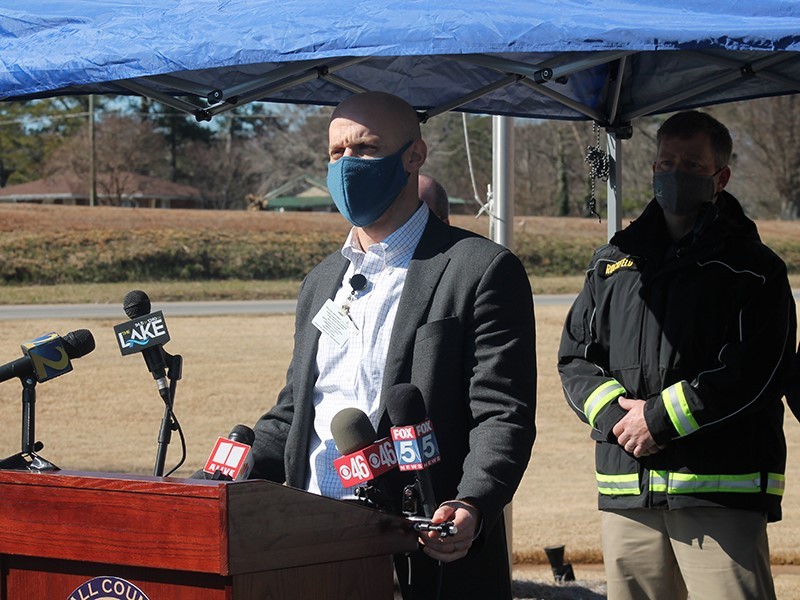 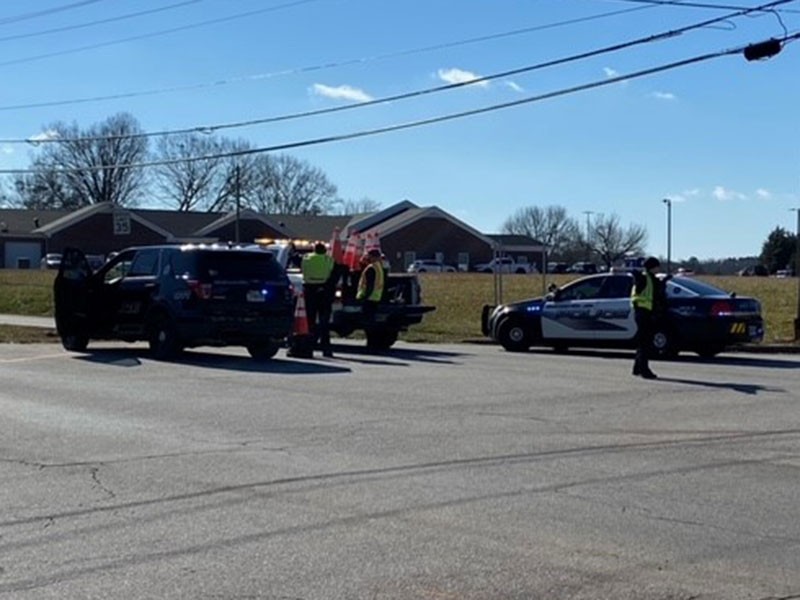 Three of those hospitalized are in critical condition, a hospital spokesman said. One other is in fair condition. Seven others were treated and released.

The initial call, which came at about 10 a.m., indicated employees at the business had been burned, Zachary Brackett, Hall County fire division chief, said. He said there was no explosion at the plant, despite social media reports that have been circulating since the incident occurred.

The incident occurred at Foundation Food Group on Memorial Park Drive in Gainesville. Earlier in the day, officials referred to the plant as Prime Pak Foods, but at an afternoon news conference, officials said the plant changed names on Jan. 1.

Five of the deaths occurred inside the plant. The sixth death occurred in the emergency department at Northeast Georgia Medical Center, said Sean Couch, the hospital's spokesman. Names won't be released until all families have been notified.

A total of 12 people were taken to the medical center, including four firefighters. One firefighter remains hospitalized for observation and Brackett said he is expected to be released Friday morning. All of the patients at the hospital were suffering from respiratory issues, Couch said.

The cause of the incident remains under investigation. Investigators with the Hall County Sheriff's Office are leading the investigation in the deaths. The incident is also being investigated by the state fire marshal's office and the federal Occupational Safety and Health Administration.

An official with Foundation Food Group confirmed that the incident occurred when a nitrogen line inside the plant ruptured. He said an exact cause of the accident isn't yet known and he would not answer other questions.

"Every team member is equally important to us and our hearts go out to their families and communities that have suffered such a devastating loss," Nicolas Ancrum, vice president of human resources, said.

In addition, dozens of other victims were transported to nearby Free Chapel Worship Center on McEver Road for observation.

"A total of 130 personnel were transported by school buses provided by the school systems here locally to Free Chapel church for evaluation by medical personnel from Northeast Georgia Health System," Brackett said.

Everyone taken to the church has been cleared to go home, Derreck Booth, sheriff's office spokesman, said.

Lyman Hall Elementary School, located on Memorial Park Road, was under a shelter-in-place order starting at 10:30 a.m., according to Hall County School District spokesman Stan Lewis. That order has been lifted and Lewis said school will be dismissed on schedule at 2:20 p.m. Lewis said while school buses will run on schedule, district officials expect delays in the area.

Lewis said the district is encouraging parents or guardians to meet their children at bus stops this afternoon.

"Those students whose parents are not present will be returned to their respective schools and provided with supervision until a parent or an approved adult can be contacted," Lewis said.

The owner of one business in the vicinity said he was unaware of the situation at Prime Pak, but he and his co-workers at Tim's Auto Upholstery heard sirens and helicopters in the area and then saw law enforcement block Memorial Park Road.

"I just heard the news that several people were killed," said Tim DiPasquale. "This strikes right at my heart coming from an industrial area."

DiPasquale said he grew up in Pittsburgh and he went to work for a factory many years ago after a similar tragedy.

"A job that I got when I was a young man, I was hired to replace one of 25 people killed in an explosion in a steel mill," DiPasquale said. "The thought of the moms and dads, or whoever the deceased are, that are never going to come home really strikes to my heart."

Memorial Park Road, which was shut down for about two hours, has reopened to traffic.