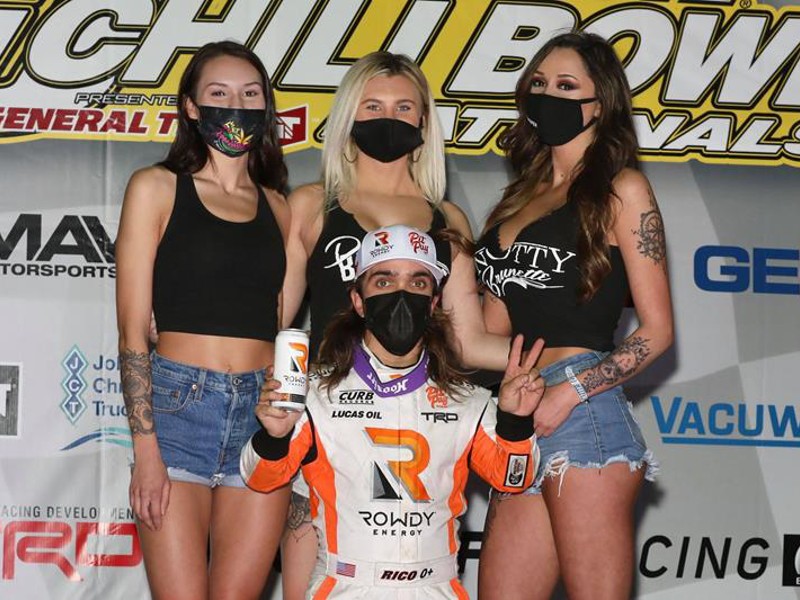 TULSA, Okla. - Rico Abreu had to roll out a new car for his qualifying run after a massive flip during Tuesday’s Vacuworx Invitational Race of Champions.

“This Keith Kunz Motorsports Team, they are so good at setting up a car to get better as the race goes on,” the California racer said. “It’s really rewarding to drive for such an unbelievable team.”

Abreu went unchallenged through the duration of the 30-lap feature after powering to the lead from the pole.

Abreu built up a 2.906-second lead before the caution flew for a flip by Robert Dalby in the second turn after contact from Parker Price-Miller. Back under greet, Abreu quickly pulled away, but would be slowed once more on lap 24 by a caution flag.

When the race resumed, Abreu drove to a 3.588-second advantage at the finish. Alex Bright finished in second to lock into his third Chili Bowl Championship A-Feature, along with Abreu.

Brad Sweet finished in third, with Jake Neuman in fourth and Colby Copeland in fifth.

Dawsonville, Georgia’s Chase Elliott worked his way as high as the second B-Feature earlier in the evening, finishing in eighth place in the 15-lap race. He will have to race his way into Saturday night’s A-Feature.