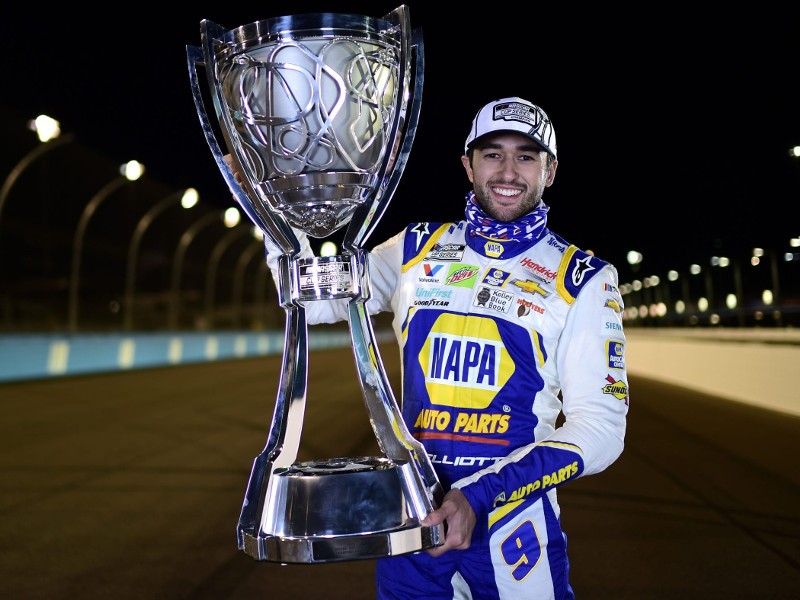 Chase Elliott is still collecting accolades for his impressive run to the 2020 NASCAR Cup Series championship in November.

But truth be told, the 25-year-old had long been planning to make his Rolex 24 At Daytona sports car racing debut – planting the seeds and talking to IMSA teams before his title-winning stock car season even started.

The Dawsonville, Georgia racer will make his first Rolex 24 start in the Jan. 30-31 twice-around-the-clock event with the No. 31 Whelen Engineering Racing Cadillac DPi team in the IMSA WeatherTech SportsCar Championship opener. Elliott will join seven-time NASCAR Cup Series champion Jimmie Johnson and 2018 Daytona 500 winner Austin Dillon, who are also on the grid.

“Definitely something I’ve had an interest in for a long time and had hopes an opportunity would come up at some point to do it,” Elliott said this week. “I didn’t really anticipate it would be this quick. We started talking about it about a year ago – around this time last year – we started discussing it and I expressed interest. There was some mutual interest and opportunity kind of came up and I was all about it.”

Five of Elliott’s 11 career wins at the NASCAR Cup Series level have come on road courses, including on the Daytona International Speedway road course last season. No NASCAR driver has collected more trophies than Elliott on road courses in the last three years.

Interestingly, Elliott insists that achievement is as much to do with his NASCAR team, Hendrick Motorsports, as with him. He attributes much of his success on road courses to former Hendrick teammate, NASCAR Hall of Famer Jeff Gordon, who drove his car previously and holds the all-time NASCAR win record (nine) on road courses.

Gordon won the Rolex 24 in 2017 with Wayne Taylor Racing, and Elliott is optimistic about being competitive in his first Rolex 24 on the 3.56-mile Daytona road course as well. But he doesn’t consider himself a “natural” road racer.

“I didn’t, really,’’ Elliott says. “A lot of people ask that. I just really kind of came into a good situation. Jeff (Gordon) was a really good road course racer and he and (crew chief) Alan (Gustafson) had a really nice foundation and focused on a lot of things that I think are really important on the road racing front.

Gary Nelson, team manager at Action Express Racing that fields the No. 31 Whelen Cadillac and a former NASCAR Cup Series championship crew chief, was immediately impressed with Elliott, who has done work on the simulator, had his seat fitted for the Cadillac DPi and will turn his first laps in car during the Jan. 22-24 Roar Before the Rolex 24 – the traditional testing weekend before the race.

“We were amazed at how quick Chase got up to speed (on the simulator), his feedback and how easy he was to work with,” said Nelson, who noted he has nothing but high expectations for Elliott in the 24-hour race.

Elliott will team with a trio of Rolex 24 veterans, Brazilians Felipe Nasr and Pipo Derani and Brit Mike Conway. Nasr is a two-time Mobil 1 Twelve Hours of Sebring winner, and along with Conway, was runner-up with the Whelen team in the 2018 Rolex 24. Derani won the 2016 Rolex 24 and has three Sebring wins, including 2019 with this team. Adding the reigning NASCAR champion only fortifies an easy favorite for this month’s race.

“I’m really fortunate because it’s a good team, a really good group – the people that work on the cars, but also a good group of drivers, too,” Elliott said. “So, I’m excited to jump in there and try to learn.

“I think as you step into a situation like that, the biggest thing is just to not mess it up for them. That’s my mindset. I feel like they would have a great shot to win without me. It’s doable with three drivers, it makes it difficult, though, so having four, I think gives the drivers a little bit more of a chance to rest and to also, if someone isn’t feeling well, it makes the process better to have four.

“So my mindset is just to try to learn as much as I can from those other guys and not mess anything up for them.’’

Elliott is eager to get his first true seat time in the car and fully anticipates a learning curve. That newness is also something that makes the Rolex 24 such an important race for the NASCAR champion.

“I think that’s the cool thing about the Rolex in general. I feel like it brings together a lot of different disciplines into one race,” Elliott said. “I anticipate it’s going to be a challenge; I don’t think it’s going to be easy. Those guys that do that stuff all the time are very good at it, and they spend all year long developing and working on the skills to go fast in those specific cars.

“A lot of us that don’t drive those cars all year long, jumping in there in their biggest event of the year is a tough thing. I’m just going to try to learn and to learn fast and hope we can make it to the end.’’