4 injured after series of rear-end collisions on I-985 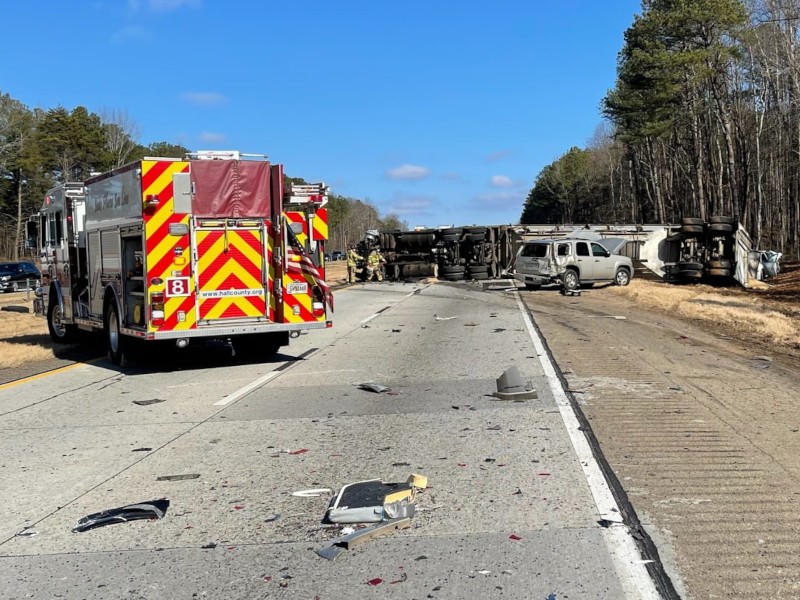 Charges are pending after a four-car accident in southern Hall County that left several people injured.

A preliminary investigation by the Georgia State Patrol revealed that a series of rear-end collisions happened after traffic on I-985 NB had slowed because of debris in the roadway.

"A chain reaction rear end crash involving four vehicles occurred. A tractor trailer involved overturned onto its right side and came to rest across the northbound lanes blocking the roadway," said Cpl. B. Taylor. "Location was about [a] half-mile north of Lanier Islands Parkway."

The accidents happened around 12:40 p.m.

Dacula resident Celeste Irvin, 48, was driving a Nissan Maxima, and was also taken to NGMC with non-life threatening injuries.

The Volvo tractor trailer had two people inside when it overturned. The driver, 57-year-old Robert Manning of Oglethorpe, was not injured. His passenger, 28-year-old Rashad Manning of Cordele suffered minor injuries, but was not transported for further treatment.

Cpl. Taylor did not specify which party was facing charges, and had not replied to a request for clarification at the time of publication.

The series of collisions shut down the roadway until roughly 3:15 p.m.