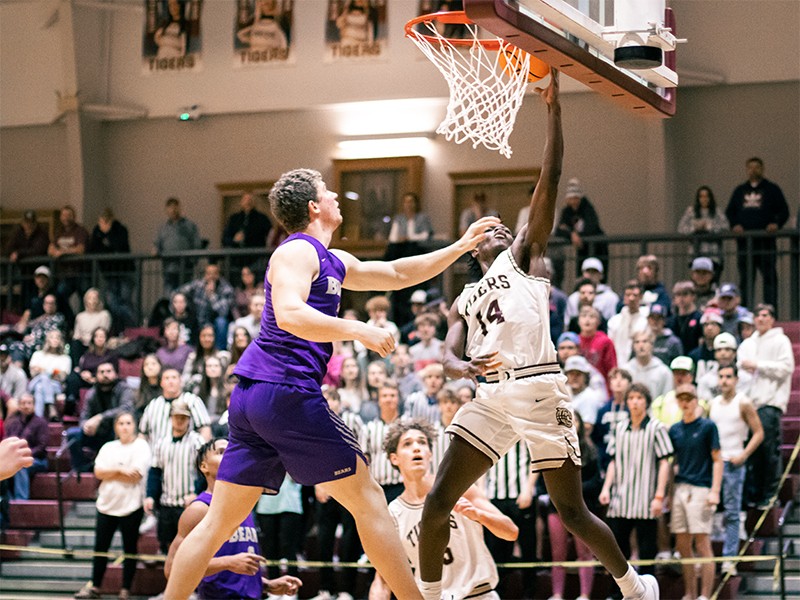 Dawson County's Joakeim Celestin (14) goes up for a shot against a Cherokee Bluff defender Friday night in the Tigers' 61-56 win in a key Region 7-3A contest. (Photo/Seth Chapman)
Photo/Seth Chapman 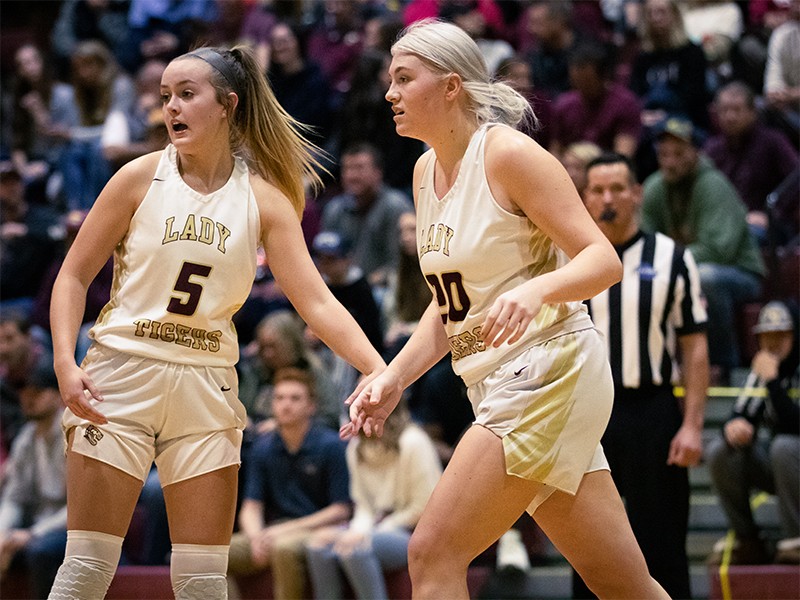 DAWSONVILLE — Dawson County opened the second half with a 14-0 run to erase a halftime deficit and then held on for a 61-57 win over Class 3A No. 8 Cherokee Bluff Friday night in a key Region 7-3A game at the Dawson County gym.

The game was back-and-forth in the early going with the two teams trading the lead half-a-dozen times. The Bears led 15-14 after the opening quarter but Dawson County led 19-18 midway through the second.

Cherokee Bluff looked to take control using a 15-6 run to end the first half to run out to a 33-25 lead. The Tigers stormed out of the gate to open the third quarter.

A Tyler Lane stick-back basket tied the game at 33 and a Jake Craft 3-pointer gave them a 36-33 lead they would never relinquish. A Lane basket a minute later capped the big run.

A Carlos Marlow 3-pointer for the Bears cut it back to 39-36 and a pair of Shad Dabney free throws got Cherokee Bluff within 42-40 late in the third quarter. The Bears got to 53-52 with 3:20 left in the game on a Dre Raven driving basket but a Joakeim Celestin dunk capped a quick Dawson County run to push it back to 57-52. The Bears could get no closer.

Celestin poured in 17 points, all in the second half, to pace Dawson County. Craft finished with 15 points, including three 3-pointers, and Jaden Gibson added 10 points for the Tigers.

The Lady Tigers held Cherokee Bluff to just 8 first-half points in rolling to their first Region 7-3A win at home.

The Lady Tigers did not let up, extending their lead to 47-18 by the end of the third quarter.

Dawson County outrebounded the Lady Bears 30-21 for the game.