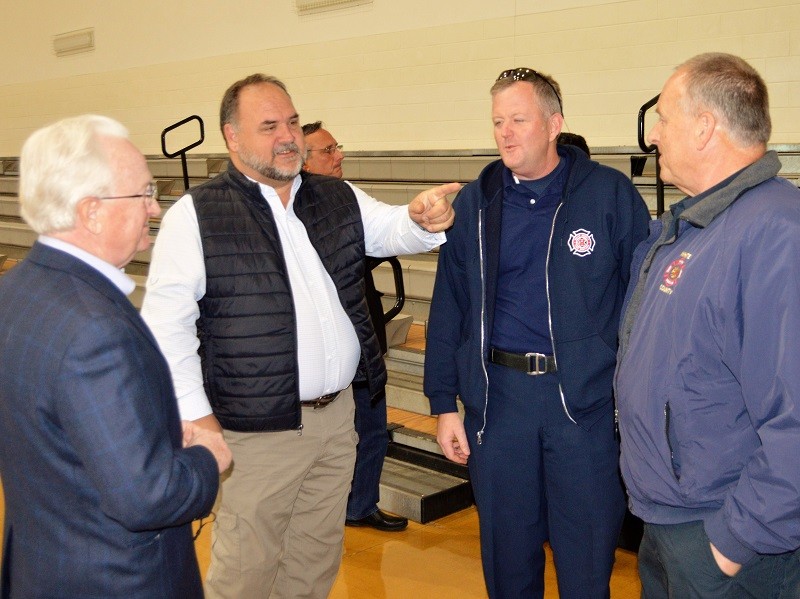 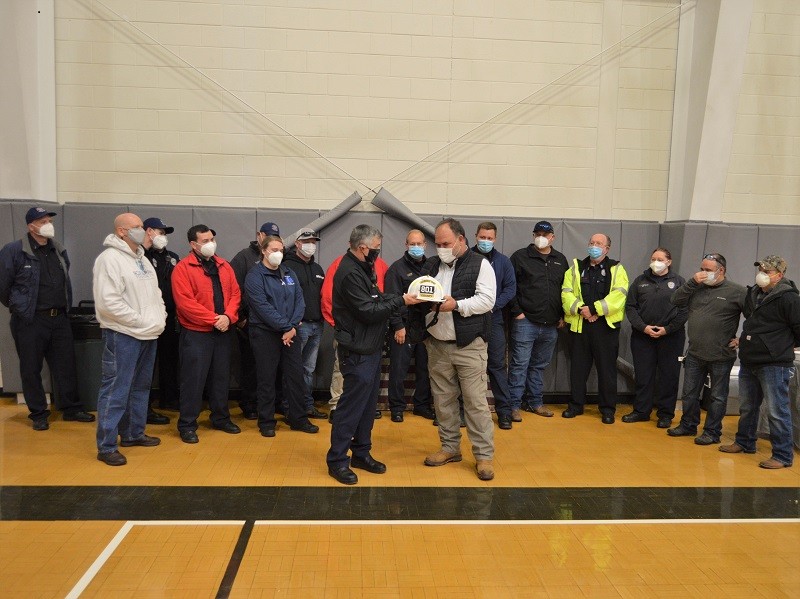 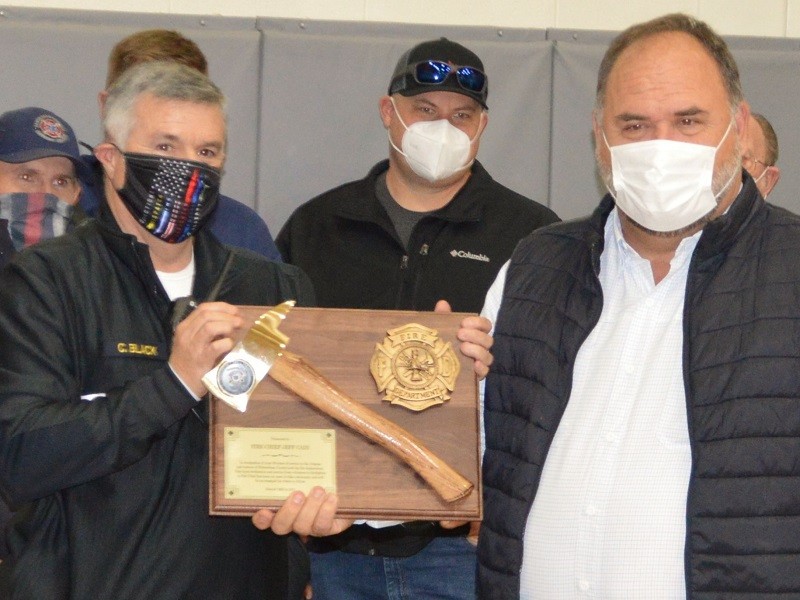 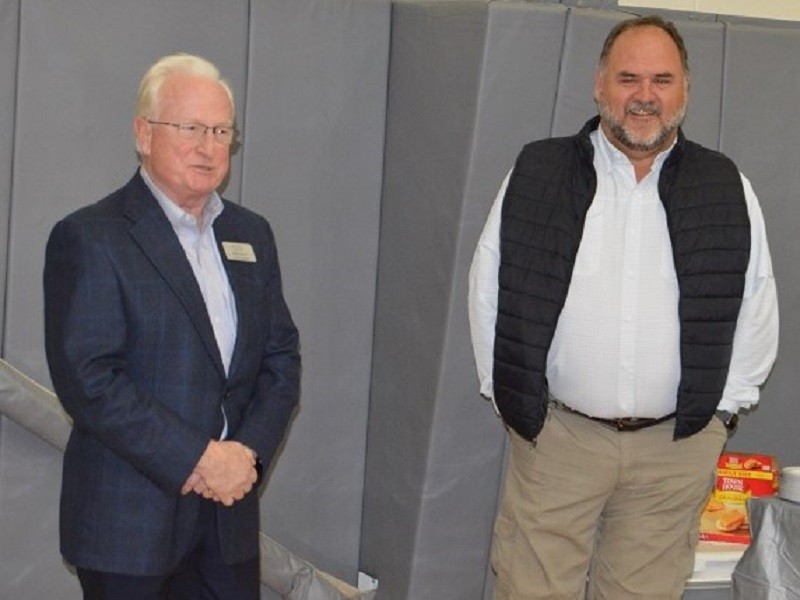 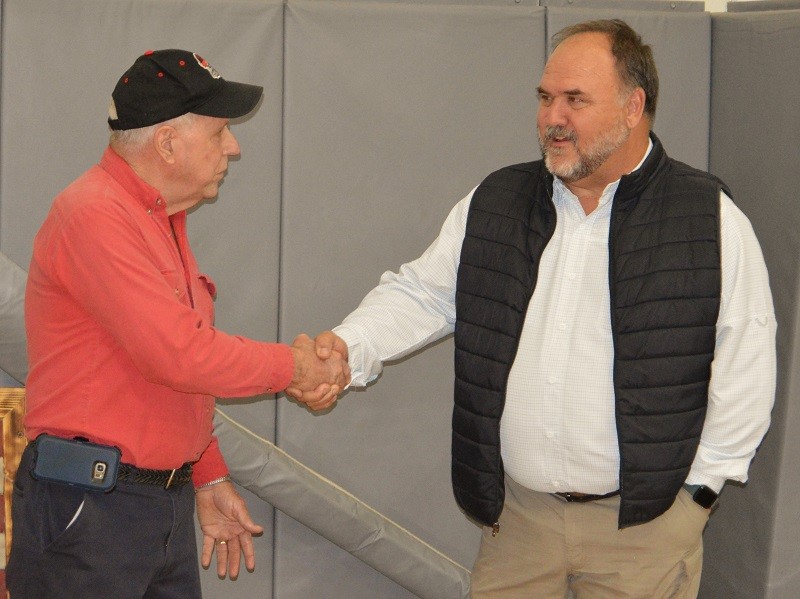 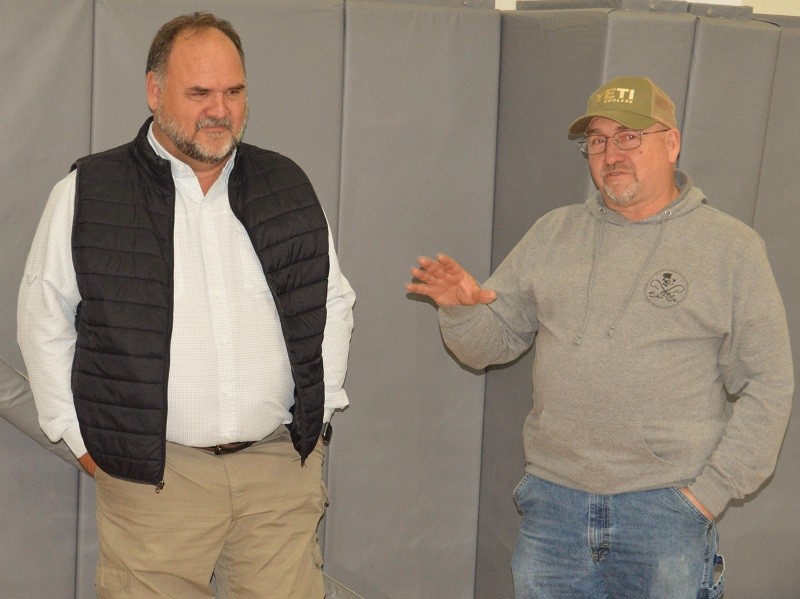 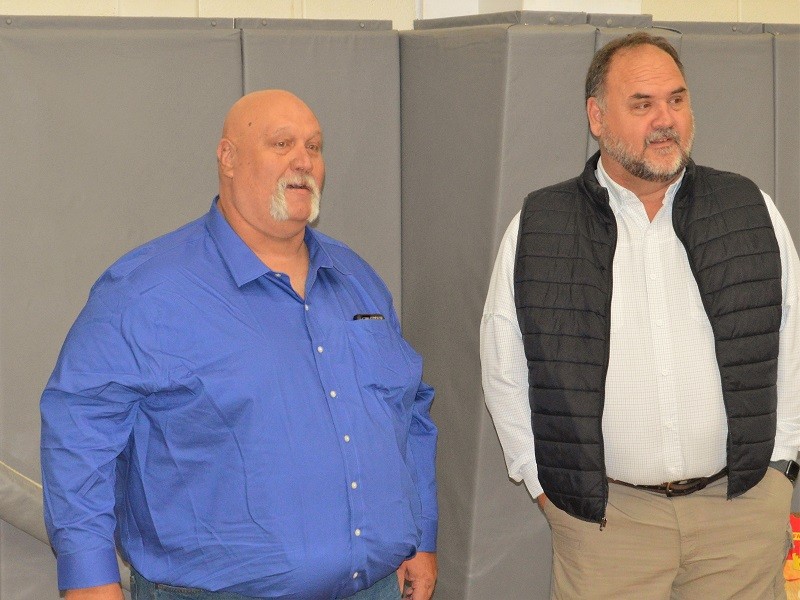 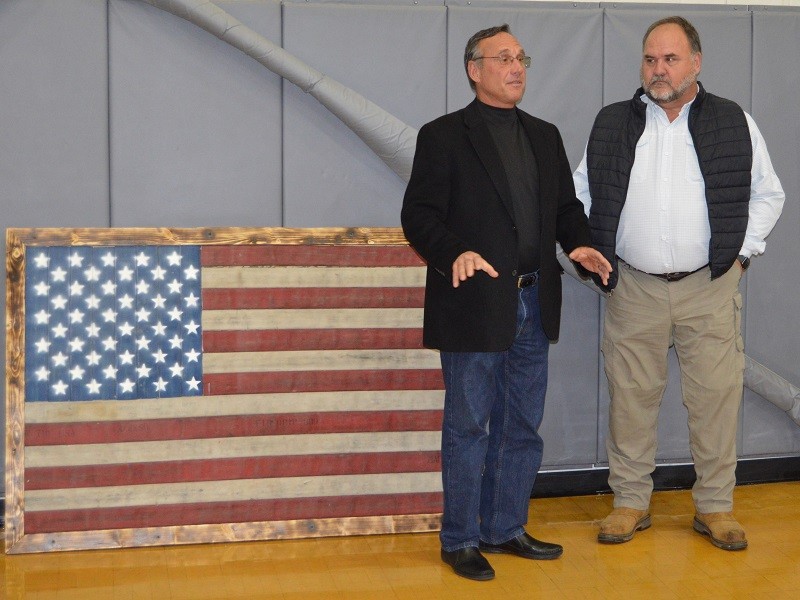 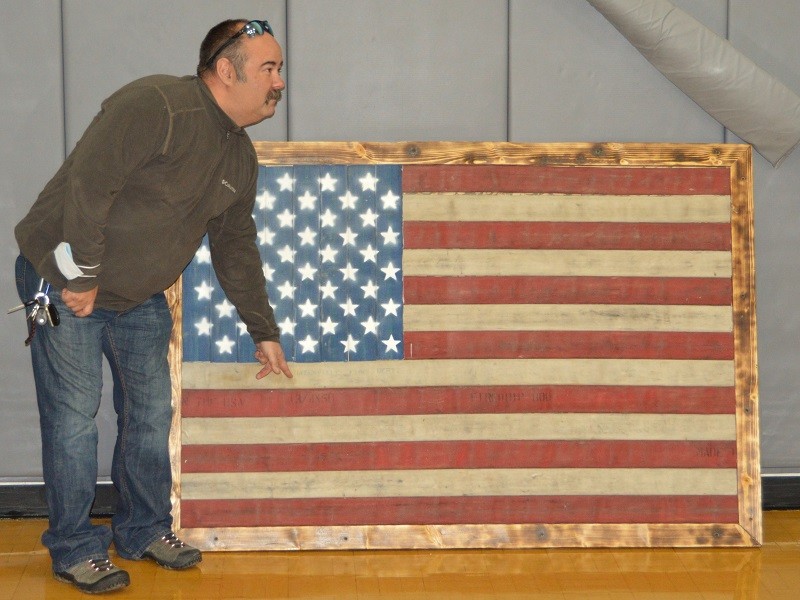 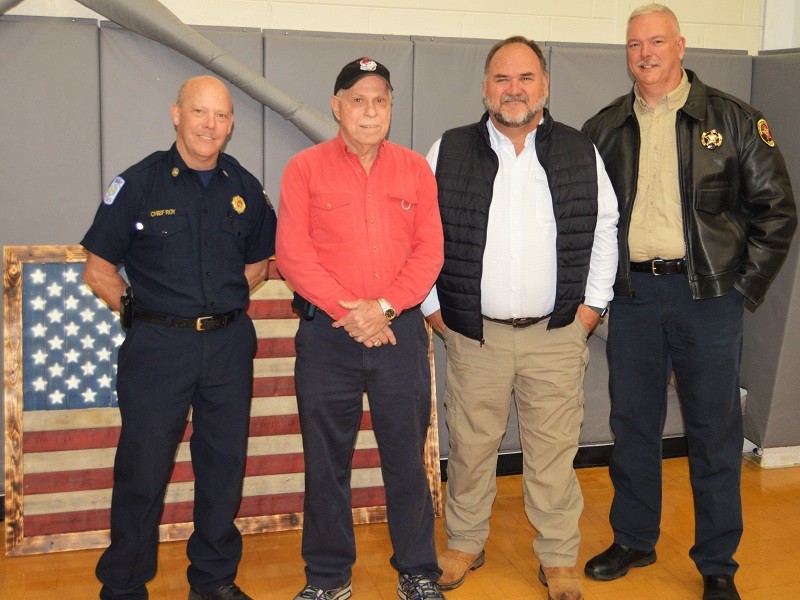 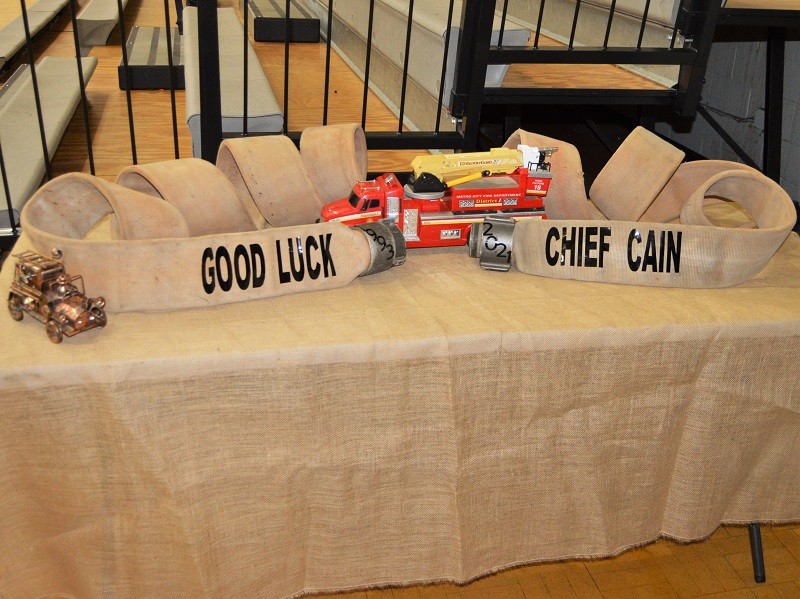 Cain’s retirement is different from many, in that he has been part of all three iterations of the county’s fire service through the years: when the county was all volunteer, as one of the county’s first paid firefighters, and as part of the consolidation of fire and emergency services.

“When I first came here as a volunteer, it was all volunteer,” Cain said. “We did the fundraisers, scraped for equipment, first one thing then another. That was in 1993. In 1994, they hired [Chief Bill] Drymon as the county chief and kind of absorbed all the volunteer departments. The county, they gave us minimal equipment then and fire trucks. We went through that for about four years.”

Cain said volunteers and leadership talked county leaders into hiring some paid staff because it was too much for volunteers to keep up the apparatus, maintain the stations, train, and run emergency calls.

“I wouldn’t say the climate was completely changing, but it was rotating away from being able to leave work and go to calls as much, so the volunteers died down,” Cain said.

Persuasion finally convinced commissioners to hire a handful of paid firefighters to respond when volunteers were not available.

“Starting in ’97, they talked about hiring some and they hired five and I was lucky enough then to be one of the five.”

Cain said the money back then was not a lot, but firefighting was something he felt a calling to do.

“I was in a good place in my life then that I was able to because I left a 15-year career in the electrical supply business to come do this,” Cain said. “I won’t talk about the money at the time, but it was very, very, very, very minimal, but I had already had the fever and I wanted to do this.”

Transitioning to a combination paid/volunteer fire department was not without its challenges and even some clashes, Cain said.

“It was a difficult road to try to go from an all-volunteer to a combination, even though there were five or six full-time people,” Cain said.

Cain credits the support of elected and appointed officials and citizens with the success the department experienced.

“I’ve had some great commissions, some great county leaders and some great citizens of the county that actually bought into what we were doing, so we were able to make it work,” Cain said. “From that, we finally got to where we were 24 hours a day. The call volume increased, the equipment was getting better and more personnel.”

“There have been a lot of changes, but there’s still a lot that needs to be done,” Cain said. “I’m just blessed to have been here. I don’t know what the future holds, but I do know who holds the future so I’m not going to worry about that. The department as a whole is in good hands. They’ve got some great admin people right now. They’ve got some great firefighter/medics, firefighters, firefighter/EMTS, all-around good personnel.”

Cain plans to stay in public safety for the foreseeable future.

“My next quick adventure right now is going to be law enforcement,” Cain said. “I’m going to go into patrol for a little while for one of the local cities.”

Cain also has ideas of working for himself.

The transition from administration will mean Cain’s phone will not ring all night about personnel issues or concerns.

“That’s going to be a relief, but I’ll miss it, too,” Cain said. “I’m sure every time I hear a siren, I’ll want to know what’s going on and I’ll kind of say a silent prayer for them.”

Cain summarized his view of the quality of service available to Habersham County residents and visitors by saying, “If you’re going to be sick or if you’re going to be hurt in any county, Habersham is the one to do it in because the personnel are just great people out there that really care.”