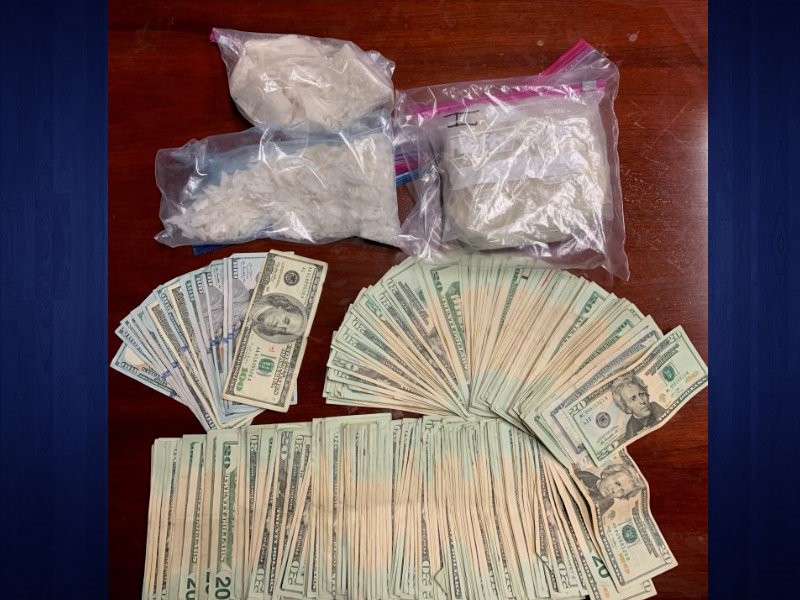 Deputies responded to a report of a shooting outside of a hotel in the 4,900 block of Bristol Industrial Way early Wednesday morning, according to Derreck Booth, spokesman for the Sheriff's Office.

When deputies arrived on scene, they found the victim, 32-year-old Carlos Ruben Lopez of Flowery Branch, on the ground in the parking lot of a Holiday Inn Express & Suites with a gunshot wound to his side. His girlfriend, 33-year-old Alana Jo Latimer of Gainesville, was with him.

Hall County Fire Services took Lopez to Northeast Georgia Medical Center in Gainesville, where it was determined that his injuries were not life-threatening.

Latimer was later taken to Northeast Georgia Medical Center Braselton when she started showing signs of drug overdose during an interview about the shooting. She had suspected illegal drugs on her at the time, and investigators recovered them as well as $2,000 in cash.

The Gainesville/Hall County Multi-Agency Narcotics Squad (MANS Unit) obtained a search warrant for the couple’s hotel room in Buford and found approximately 340 grams of heroin, more than 400 grams of a mixture containing methamphetamine and over $5,000 cash. The estimated street value of the drugs is $142,000.

Deputies arrested Latimer on Friday, Jan. 1,after her release from the hospital. Lopez turned himself in after leaving the hospital and was booked in at the Hall County Jail on Sunday, Jan. 3.

They have not been helpful in the shooting investigation, however, and there are no leads at this time.

Booth said investigators have looked into some security footage from the hotel but they were not able to get any information so far.

"None of what has been reviewed generated any leads at all, at this point," Booth said.

Both the shooting and narcotics cases remain under investigation.