ARLINGTON, Texas — Alabama is in the College Football Playoff championship game for a record fifth time. The Crimson Tide will play Ohio State, which won the inaugural title in the CFP’s four-team format at the end of the 2014 season. This is the first time the Buckeyes have gotten back to the CFP title game. Alabama advanced with a win over Notre Dame in the relocated Rose Bowl. No. 3 Ohio State beat Clemson in the Sugar Bowl. The Tide and Buckeyes meet January 11 in suburban Miami. Both are undefeated, although Alabama has played 12 games while the Buckeyes were limited to seven.

ORLANDO, Fla. — Peyton Ramsey threw three touchdown passes and ran for a score, and No. 15 Northwestern’s defense made it stand up in a 35-19 victory over Auburn in the Citrus Bowl. Ramsey totaled 291 yards passing and 50 yards rushing for Northwestern, which won its fourth straight bowl game. Ramaud Chiaokhiao-Brown, John Raine and Riley Lees had touchdown catches for the Wildcats, who bounced back from an ugly loss to Ohio State in the Big Ten championship game. Bo Nix threw for 292 yards for Auburn but was often frustrated by Northwestern’s defense, which came in allowing 15.5 points per game, ranked fifth in the nation.

GAINESVILLE, Fla. — A person familiar with the situation says Florida coach Dan Mullen has fired two defensive assistants in the wake of the unit’s worst season in more than a hundred years. Mullen parted ways with secondary coaches Ron English and Torrian Gray. The person spoke to The Associated Press on the condition of anonymity Friday because the moves hadn’t been made public. 247Sports first reported the firings. The 10th-ranked Gators allowed 30.8 points a game in 2020, It was their most since giving up 41.2 over six games in 1917. The the secondary was a significant part of the problem.

MIAMI GARDENS, Fla. — If there’s one belief that Texas A&M and North Carolina share heading into the Orange Bowl, it’s that there’s no use in looking backward. For the Aggies, that means not lamenting missing the College Football Playoff. For the Tar Heels, that means not fixating on four top players skipping this game. A chance to end 2020 seasons and kickstart 2021 campaigns in major-bowl fashion awaits on Saturday night when these schools meet in the 87th edition of the Orange Bowl.

JACKSONVILLE, Fla. — It’s one of the oddest betting lines of the bowl season. No. 24 North Carolina State is a 2 ½-point underdog against Kentucky in the TaxSlayer Gator Bowl. It's a number the Wolfpack consider a slight heading into Saturday’s game in Jacksonville. NC State has won four in a row, the longest streak in the Atlantic Coast Conference. Kentucky, meanwhile, has the second-worst offense in the Power Five, lost to Southeastern Conference finalists Alabama and Florida by a combined 84 points and has two wins in the past 11 weeks.

TAMPA, Fla. — Seventh-ranked Indiana is not going to let anything dampen its enthusiasm. Bypassed for a berth in a New Year’s Six game despite being off to their best start since 1993 and holding their own in a seven-point loss to CFP participant Ohio State, the Hoosiers will close a breakout season against Mississippi in the Outback Bowl. Indiana hasn’t won a postseason game since beating Baylor in the 1991 Copper Bowl. The Hoosiers are appearing in consecutive January games for the first time in program history.

UNDATED — Southeastern Conference men's basketball play enters its first full weekend with No. 12 Missouri visiting Arkansas in a nationally televised game on CBS. The Razorbacks opened conference play with a 97-85 victory at Auburn and enter the game with the nation’s 10th-ranked offense at 90.8 points per game. Guards Moses Moody (16.8) and JD Notae (15.0) have led the way for Arkansas, with Notae scoring 19 of his 21 points in the second half to beat the Tigers. Missouri looks to rebound from Wednesday’s 73-53 home loss to No. 7 Tennessee in a meeting of the SEC’s only ranked teams. 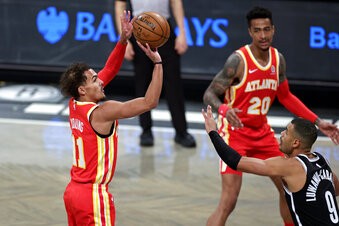 Hawks continue hot start into New Year
The Atlanta Hawks are among the NBA’s youngest, most exciting, and highest-scoring teams. Turns out they are pretty adept at learning lessons, too... 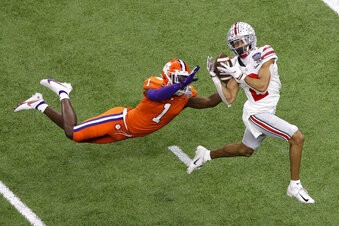 Hawks continue hot start into New Year
The Atlanta Hawks are among the NBA’s youngest, most exciting, and highest-scoring teams. Turns out they are pretty adept at learning lessons, too...
By The Associated Press 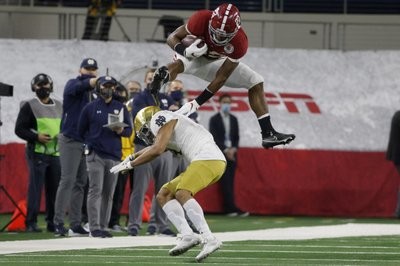 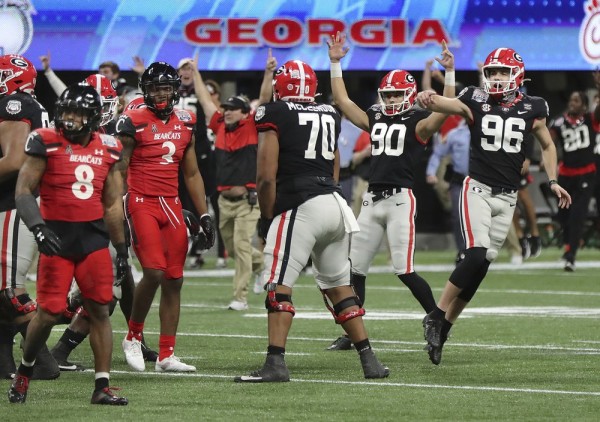 Dogs rally for improbable Peach Bowl win
Jack Podlesny kicked a 53-yard field goal with three seconds remaining, and No. 11 Georgia handed No. 6 Cincinnati its only loss of the season with a dramatic 24-21 victory in the Peach Bowl...
By The Associated Press 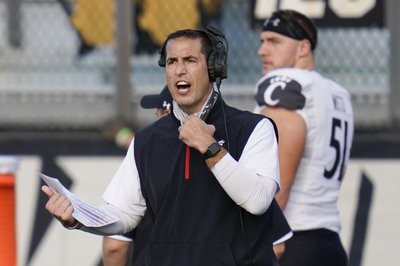 No. 6 Cincinnati an underdog in Peach against No. 11 Georgia
Luke Fickell knew he might surprise some by suggesting No. 11 Georgia is the best team Cincinnati has faced in his four seasons as head coach. After all, then-No. 5 Ohio State crushed the Bearcats 42-0 early in the 2019 season...
By The Associated Press
Privacy | User Agreement | Contact | Advertise With Us
2021 © Jacobs Media Corporation. All rights reserved. EEO Report. Website by Full Media
Login / My Access
close
Search