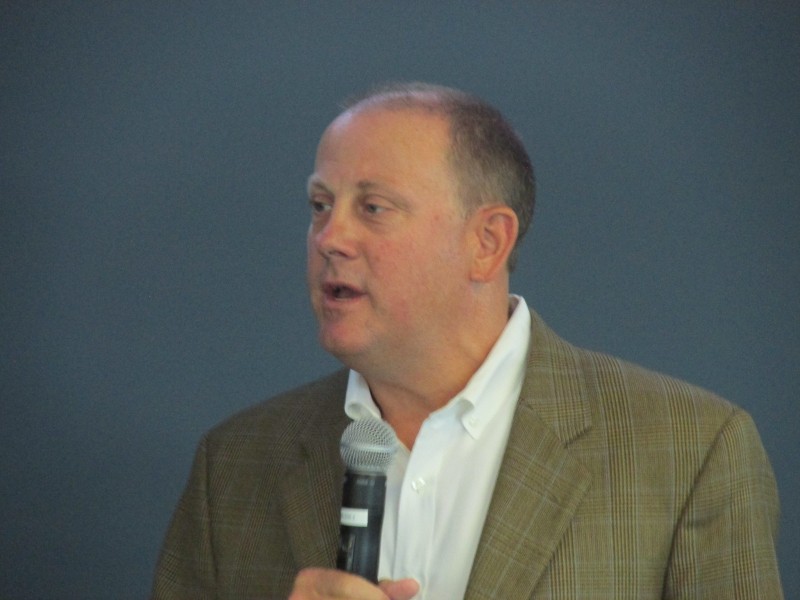 BRASELTON – Imagine trying to host an event that typically has attendance numbers in the six-digit range while trying to provide a safe, family-friendly environment that complies with COVID 19 protocol.

It would be a challenge, to say the least, but it’s exactly what officials with Michelin Raceway Road Atlanta are trying to do.  The 23rd annual Motul Petit Le Mans is just two weeks away, and like a racecar driver carefully negotiating a tight turn, racetrack officials have been developing and fine-tuning a new strategy over the past six months.

Last year’s crowd, which was estimated to be in excess of 130,000, makes the annual event second to only Lake Lanier in economic impact for Hall County.  However, those attendance and spending numbers will be greatly reduced this year because of COVID 19 restrictions.

According to the track’s website, safety measures being implemented are:

Such a significant decrease in attendees is obviously a concern for business owners in the area who normally would serve the needs of those visitors who won’t be able to attend this year.

With those concerns on their minds members of the South Hall Business Coalition met in the one-year-old Michelin Tower at the Winder Highway complex Tuesday morning for their monthly breakfast to hear from Michelin Raceway Road Atlanta President and General Manager Rick Humphrey about plans for the four-day event.

(The South Hall Business Coalition is a branch of the Greater Hall Chamber of Commerce.)

“This is our fiftieth anniversary here at Michelin Raceway Road Atlanta and I will tell you it hasn’t exactly gone as we had hoped,” Humphrey told attendees.  “We went about two months without operating at all.”

But life as normal is slowly beginning to return to the track, Humphrey said.  “In September we were fortunate enough, due to the fact that the State of New York would not allow IMSA (International Motor Sports Association) to host an event at Watkins Glen, we were fortunate enough to be able to take care of that need and host the IMSA event here.”

Having that opportunity, Humphrey explained, gave his team a good look at how specific plans for the Motul Petit Le Mans in October might work, an exercise that apparently went very well.  “Just recently we announced that we are going to allow fans,” Humphrey said.  After that announcement the above-mentioned safety measures were finalized.

“But we are still trying to do things that attract folks,” Humphrey explained, referring to the free parking being offered to those who do attend.

Humphrey suggested checking Michelin Raceway Road Atlanta’s website before traveling to the track for the race for any last minute announcements.  “We may get to a situation where we are not able to sell tickets at the gate, depending upon how sales go.  Right now that is not the case and we are still selling on the website.”