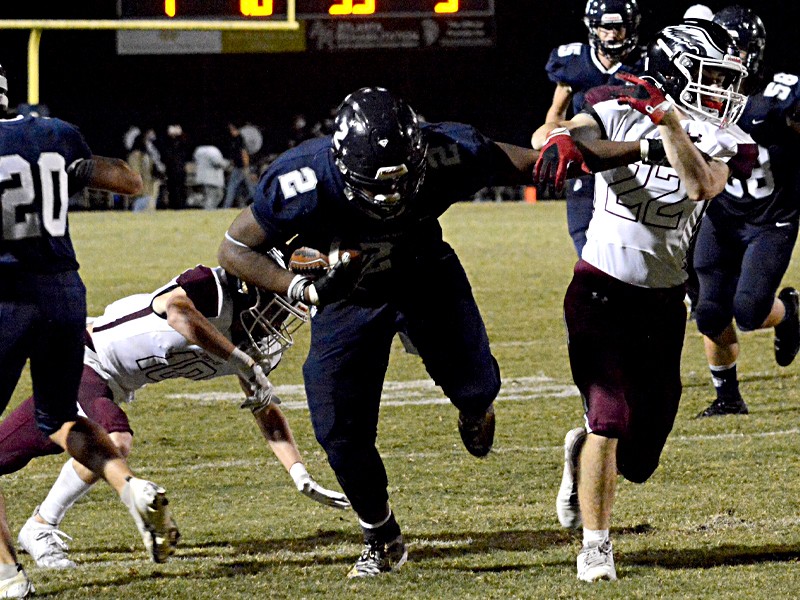 West Hall's Tilil Blackwell rushed for 88 yards and a touchdown in the Spartans' 14-8 win over Chestatee on Friday.
Photo/Kevin Mumpower 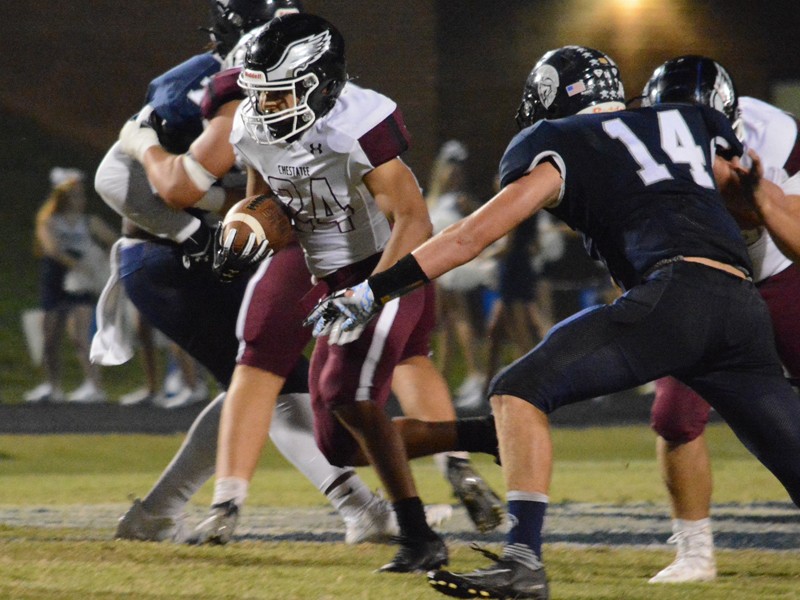 The stat line describes the game perfectly. Both teams controlled the ball for 24 minutes, had five penalties each, 17 combined punts, and the Spartans (2-2) had four turnovers and were dropped for a safety in the second half.

One might wonder how the Spartans walked away winners with four turnovers and a safety, but scanning through the War Eagles’ box score, all but one of those turnovers resulted in points.

West Hall coach Krofton Montgomery vented his frustration after the game about his offense -- 207 total yards off offense, including 88 yards through the air and 119 on the ground.

“We didn’t execute offensively at all,” Montgomery said. “We just felt like we had a better game plan than that. We just did execute it well. They made some great adjustments, Coach [Ben] Corley and the [Chestatee] defense did a great job. We didn’t do what we thought we could do offensively, but I’m just glad we got the win.”

West Hall’s first score was set up by a punt block late in the opening quarter, giving the Spartans the ball at the War Eagle 20-yard line. Tilil Blackwell darted in from four yards out for the Spartans’ first score a minute later for a 7-0 advantage. Blackwell finished the night with 88 yards on the ground.

Later in the first half, the Spartans tacked on their final score with 9 seconds remaining in the first half when Clayton Jenkins turned a botched handoff into paydirt to go up 14-0 at the half.

The second half, however, was like watching a paint drying festival in the middle of downtown Oakwood.

“It was just a crazy game,” Montgomery said. “There’s just no other words to put into it. Tons of penalties, fumbles, balls in the air. Some things went our way and some didn’t. It was just a little wild.”

Chestatee, however, scored its lone touchdown on a 14-yard run from Jason Granados with 2:37 left in the third quarter.  The safety, a product of the War Eagles’ gritty defensive play, happened early in the fourth quarter. Granados led the War Eagles' rushing with 49 yards.

But as tough as it was for the War Eagles to find an offensive rhythm, the defense, giving up an average of 44 points per game coming in, showed improvement. It’s something that Chestatee coach Shaun Conley could smile about after the game.

“Our defense played their tails off tonight,” Conley said. “So proud of those guys. But we have to execute better on offense.”