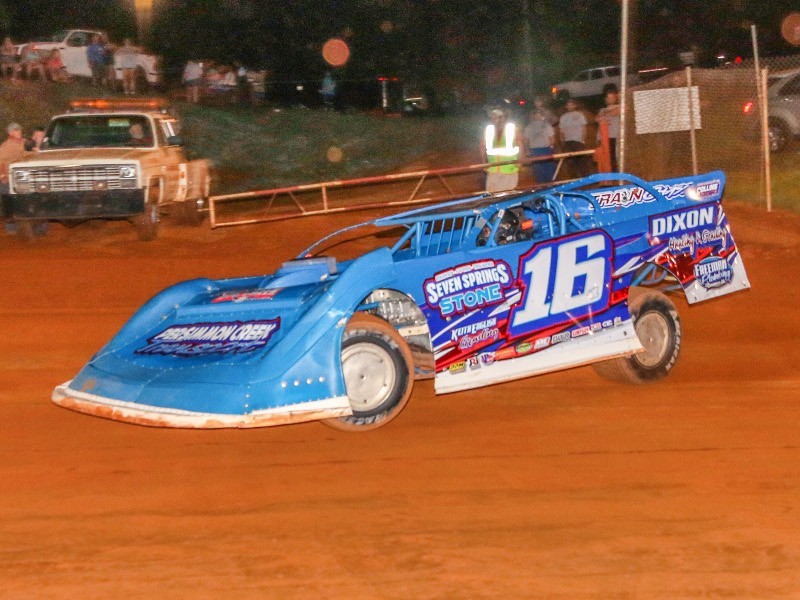 It took an extra day thanks to Mother Nature, but Payton Freeman powered his way to victory lane at Georgia’s Hartwell Speedway on Sunday.

In a race delayed from Saturday night by rain, the Commerce, Georgia speedster edged out Kenny Collins to score the Limited Late Model victory at the 3/8-mile clay raceway.

Bubba Russell followed in third, with James Waters in fourth and Tim Jones in fifth.

In other action, Cade Cagle drove to the victory in the Hobby feature. Ryan Boles came home in second, with Cody Pritchett in third, Shane Yarbrough in fourth and Hoyt Partain in fifth.

Mitchell Godfrey held off Rusty Jordan to get the win in the Modified Street feature. Michael Segars followed in third, with Tye Nalley in fourth and Smokey Roberts in fifth.

David Walker was the winner in the Stock 4 feature. Jeremy Hicks finished in second, with Victory McIntyre in third, James Roberson in fourth and Pete Whitley in fifth.

B.J. Davis got the win in the Front Wheel Drive feature. Randy Shaw followed in second, with Wayne Glenn in third, Michael David in fourth and Stacy Foster in fifth.