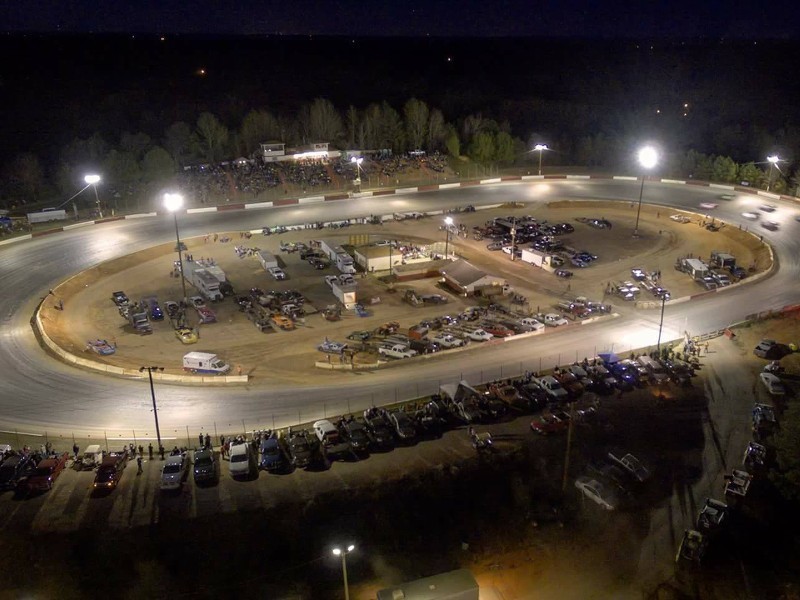 SENOIA, Ga. - Mother Nature threw a curve ball at Georgia’s Senoia Raceway on Saturday night, as a stray rain shower turned into a downpour, forcing five divisions to postpone their season points celebration until next week.

All was not lost, however, as the Hobby and Bomber divisions completed their features at the 3/8-mile dirt track before the rain washed out the show.

James Swanger captured his first career track title with a victory in the Hobby feature. Swanger used a slide job to block the path of fast qualifier T.J. Joiner. That proved to be the championship move for Swanger as he never looked back en route to posting his second win of the year Landon DeGraff was able to wrestle away the runner-up spot from Joiner and also finished in the second place position in the overall season points chase.

Blant Duke led flag-to-flag for the victory in the Bomber feature. Dustin Smith finished in second, which secured his championship title after being the runner-up last season. Smith then had to survive a post race protest / claim that was disallowed as it did not conform to the rulebook.

The only other feature to be completed on Saturday night was in the Chargers division.
Jamie Godbee inherited the top spot when leader Dawson Martin spun in turn four on lap 10. Godbee held off Olivia Gentry and Jonathan Flourney to claim his second win of the season.

The surprise rainstorm came as the Crate Late Models were flying down the back stretch at near 100 miles per hour. Dylan Knowles and Bubba Pollard, along with several others, lost control of their race cars on the wet surface slamming into the turn three wall as sheets of rain created a slick mud bowl ending all chances to complete the season championships.

Senoia Raceway will host the remainder of these races on Saturday, September 19.