Related Articles
Haynes' career night leads Warriors past Stephens CountyGame of the Week: Warriors ready to shine in season opener against StephensTwo-a-Days: Guys in the trenches could be the key for Warriors in 2020Football: Area teams complete 1st week of 7-on-7 drills
Contact Editor

HARTWELL — White County's J Ben Haynes does it again. This time, against a top-10 ranked team.

Haynes, behind stellar offensive line play, guided the Warriors (2-0) on what ended up being the game-winning drive to stun No. 8-ranked Hart County, 50-47, on the road Friday.

"It was a team effort. It's just great to get a win over the legendary coach Rance Gillespie and the great program of Hart," White County coach Tim Cokely said on the Hardy Chevy Scoreboard Show.

Haynes had runs of 17 and 21 and Silas Mulligan had a 13-yard run before the senior quarterback dance in from 10 yards out for the late go-ahead score. Haynes also connected with Reece Dockery on the 2-point conversion to go up by a field goal.

After jumping out to a 21-7 lead in the first half, including a 9-for-12, 105-yard passing performance from Haynes, and Cooper Turner with four catches for 83 yards, the Bulldogs (0-2) found a rhythm in the second quarter, tying the game, 21-21, at the half.

The Bulldogs came out determined in the second half, scoring three touchdowns behind Power 5 running backs JL Lackey and JT Thomas. The flurry of touchdowns pushed the Hart lead up 42-21 late in the third quarter.

But the Warriors began fighting back, weathering a fierce attack from Hart County’s Division 1 filled roster, to climb back into the non-region contest.

It started with a 20-yard touchdown strike from Haynes to Darius Cannon with 8:49 to go in the third quarter. Then a Haynes 8-yard scoring march, followed by an Andrew Pierce onside kick and recovery to set the Warriors up on the 45-yard line.

Mulligan and Zion McMullen went to work churning out yardage eventually setting up Haynes’ third rushing touchdown -- a six-yard with 3:33 left. Haynes also connected with McMullen on the 2-point conversion to give the Warriors a 42-41 lead with 3:33 to go.

But Hart County wheeled down the field on the ensuing drive, taking back the lead 47-42 and missing the 2-point conversion.

“They just hung in there against a good Hart team,” Cokely said. "Our guys kept playing. Our quarterback is just one of those that you get once in your career and who just will not take no for an answer. We had a lot of fun tonight.” 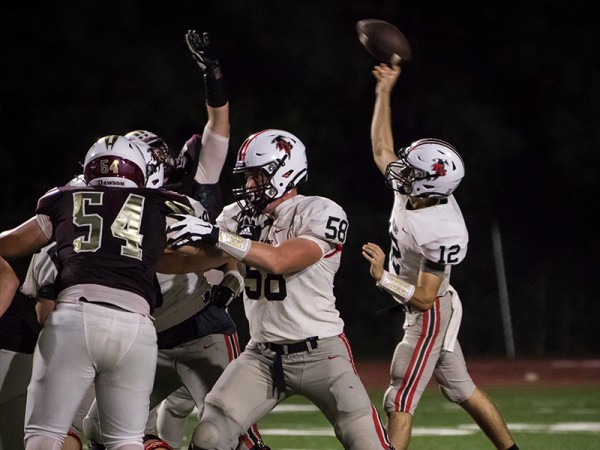 Branch holds off Tigers in high-scoring affair
This one was a classic battle of two potent offenses that couldn’t stop each other. 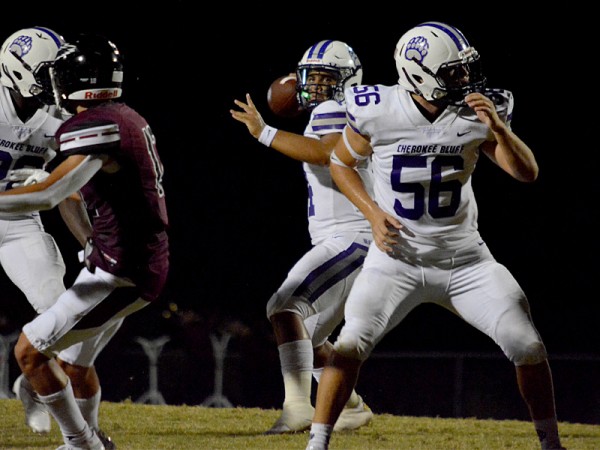 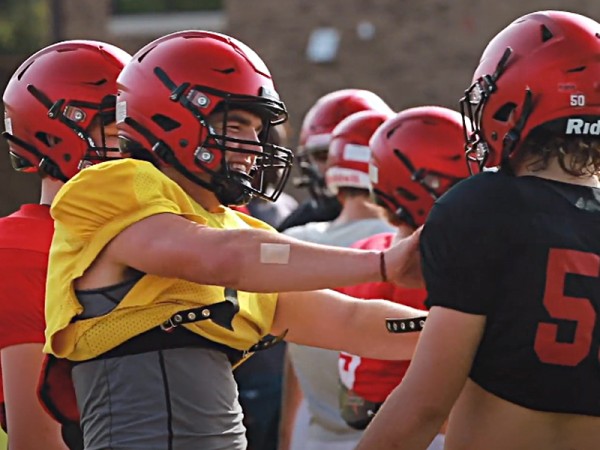 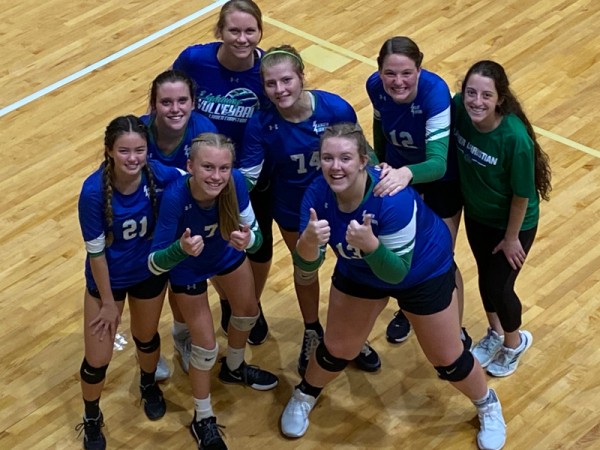 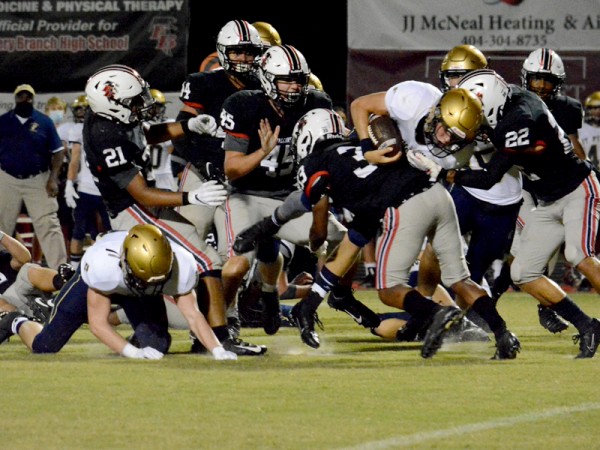 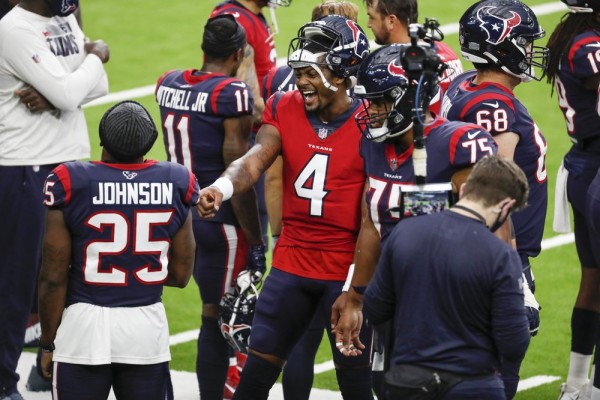 Game of the Week: Warriors ready to shine in season opener against Stephens
Tim Cokely says it has been a grind to get to this day.
By Bo Wilson | Video by Seth Chapman 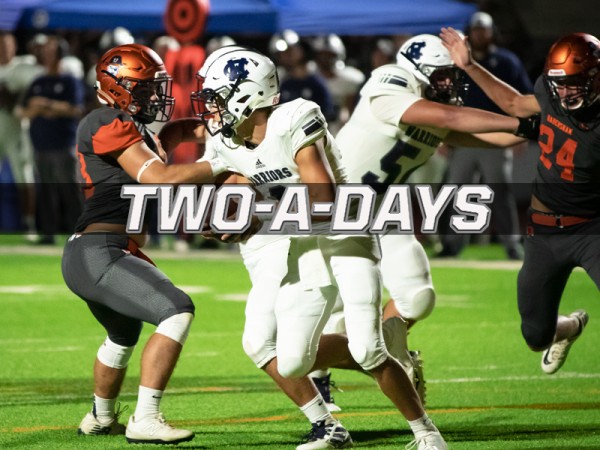 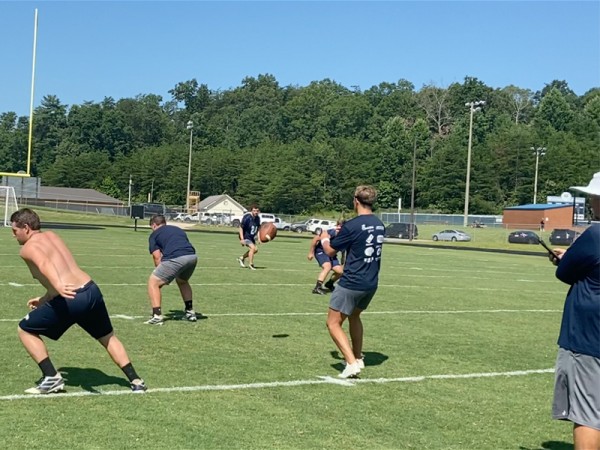 Football: Area teams complete 1st week of 7-on-7 drills
Most state and area teams on Thursday completed their first week back running 7-on-7 drills and having a mostly full-complement of players after the Georgia High School Association loosened restrictions last week.
By Jeff Hart 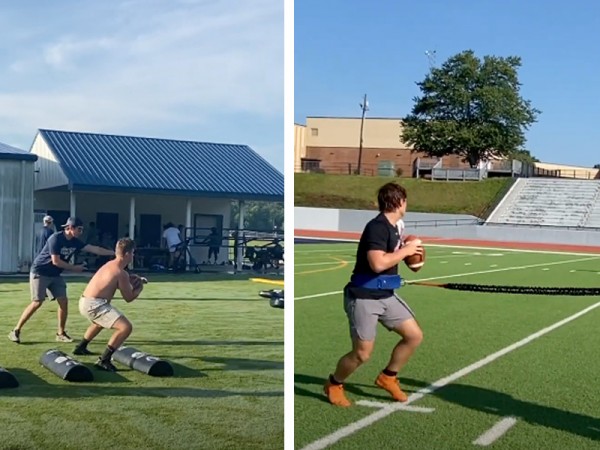 Football: Passing drills are back as practices expand
It was already hot and muggy at 8 a.m. as the first wave of White County football players descended upon the practice field at White County High School Monday morning. But no one -- not coaches, players, trainers, distant onlookers -- seemed to care, especially when the most welcome sight of all was spotted...
By Jeff Hart
Privacy | User Agreement | Contact | Advertise With Us
2021 © Jacobs Media Corporation. All rights reserved. EEO Report. Website by Full Media
Login / My Access
close
Search