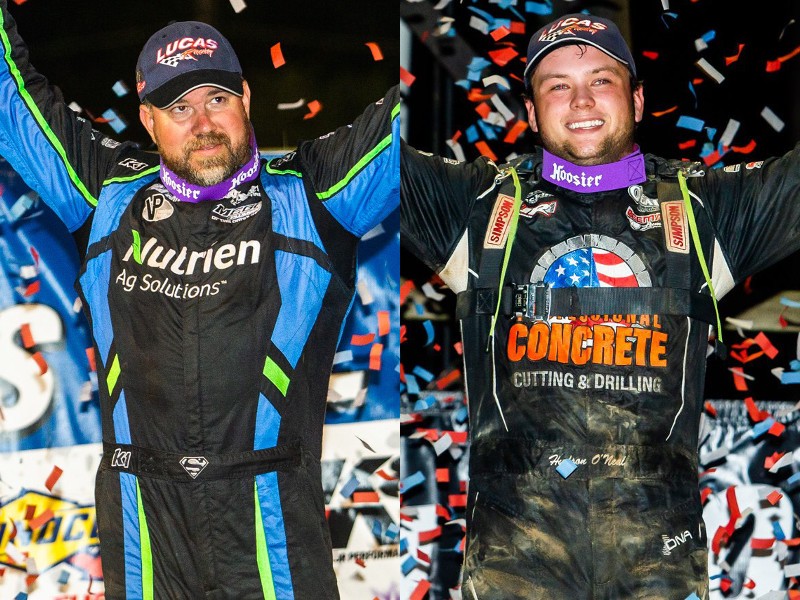 Davenport was victorious on Friday night at Ponderosa Speedway in Junction City, Kentucky, while O’Neal took the win on Saturday night at Ohio’s Portsmouth Raceway Park.

On Friday night, Davenport notched his third series win of the season at Ponderosa Speedway. The Blairsville, Georgia racer led all the way in winning the 16th Annual John Bradshaw Memorial and earning his 50th career LOLMDS win.

Davenport, who raced at Ponderosa a few weeks ago on an off-weekend for the LOLMDS, made it two-for-two in his trips over the last month to the Central Kentucky raceway.

“Man, it’s been a struggle here for sure,” said Davenport. “We have had some really good years. We just try to not let the lows get too low. I’ve got to give this win to my guys. They have been working their tails off. Man, I cherish these wins. I didn’t know when I was going to get another one.”

Billy Moyer, Jr. finished in second to equal his best career series finish. Mike Marlar made a late-race charge on the outside to claim third. Zack Dohm came home fourth with Tim McCreadie in fifth.

On Saturday night, Hudson O’Neal drove to a victory on his 20th birthday at Portsmouth Raceway Park.

O’Neal overtook Jimmy Owens on lap 37 on his way to taking his first series win of 2020.

O’Neal was relieved and excited to get the first win for his new team that started just last month.

“We were fortunate enough to win at Eldora last year on my birthday,” O’Neal said. “I knew I had a good race car coming into tonight. I can’t thank Craig and Shannon Sims, my girlfriend Tessa, and Dustin Nobbe enough for their help. This has been a long seven or eight months. I didn’t think I was ever going to do it again. That one late restart helped me. I was able to capitalize. I don’t think I had the best race car, but I just think I found a line that worked for me.”