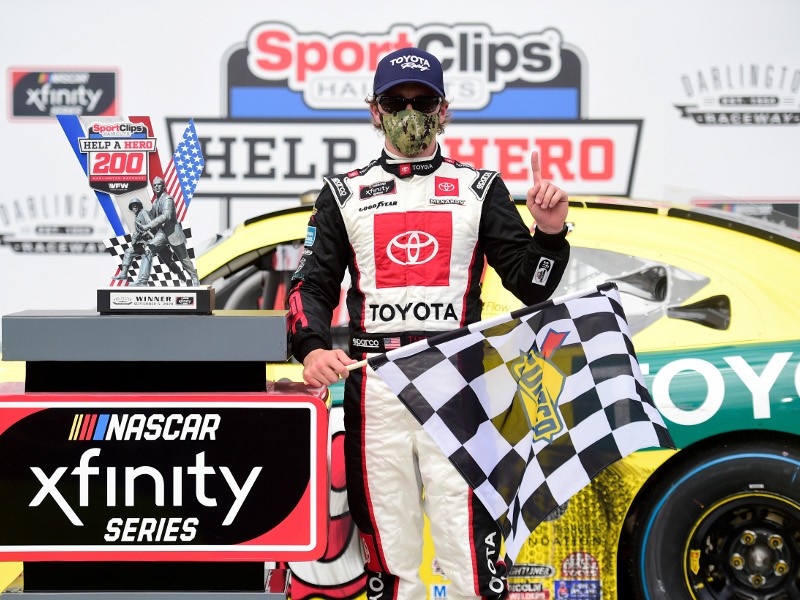 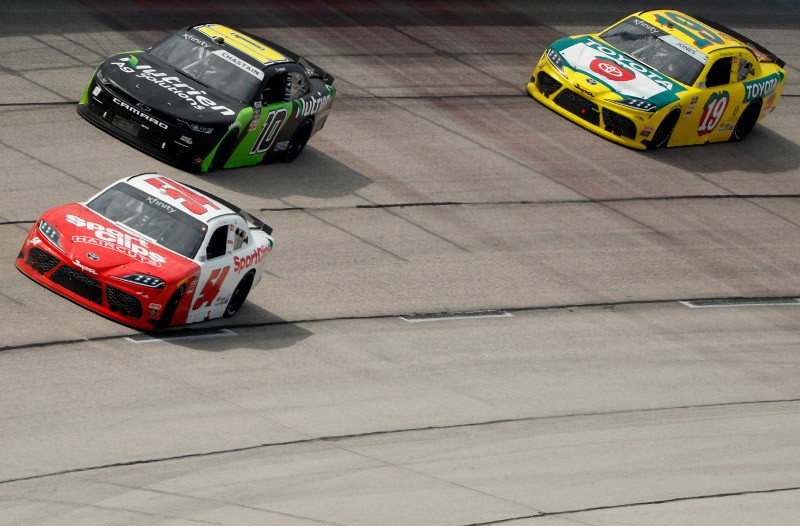 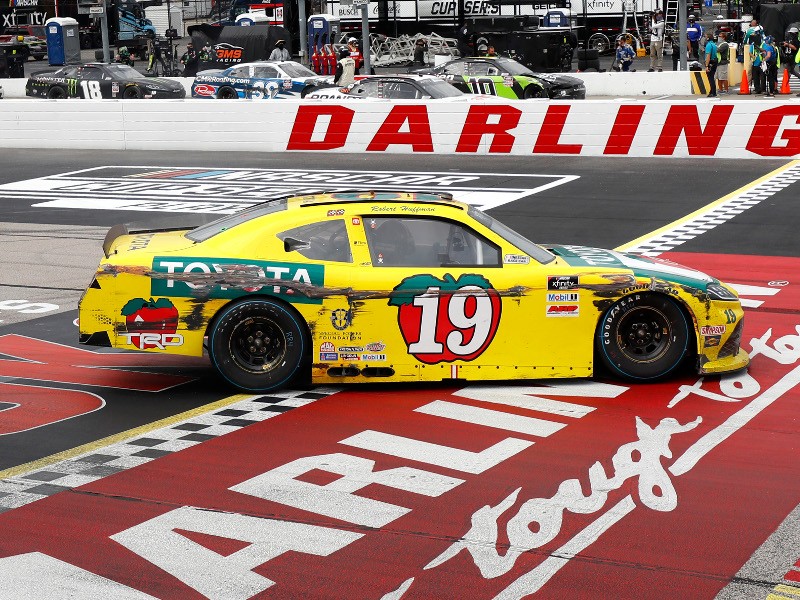 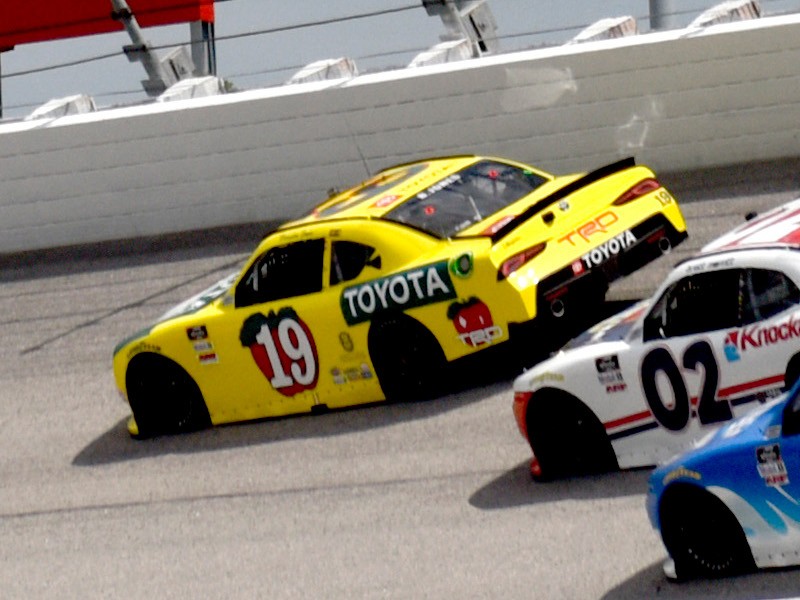 It was a fitting race finish for a track known as being “Too Tough To Tame.”

An intense, exciting, and suspenseful battle for the lead in the final 10 laps between Xfinity Series regular Ross Chastain and this year’s Daytona 500 winner Denny Hamlin gave NASCAR fans all they could ask for. But ultimately contact between the two in turn 3 with two laps remaining allowed then-third place the 23-year-old Jones, of Atlanta, Georgia, to get around the pair and capture his third checkered flag of the season.

Chastain recovered from the contact with Hamlin to earn his fourth runner-up finish of the season – crossing the line 3.363-seconds behind Jones. Tucker Georgia’s Ryan Sieg finished in third, followed by rookie Riley Herbst in fourth and Hamlin in fifth.

“This is a tough place to get around and man, just smart in the head I think today, I think that’s what got ‘em,’’ said Jones, driver of the No. 19 Joe Gibbs Racing Toyota. “I saw they were really racing hard and I knew I was catching them and we knew he (Hamlin) was gonna pull that big slider.

“That’s what you gotta do sometimes to get yourself in position.’’

Chastain, whose finish formally secured a berth in the 12-driver Xfinity Series championship group, seemed both frustrated and encouraged by the late race duel with Hamlin, who has five Xfinity Series wins at Darlington. He is the highest ranked driver still without a win on the year.

“Denny was faster, I knew that, everybody watching NBC knew that. I just kept gripping the top best I could, probably hit it (the wall) 25 times,’’ Chastain said.

“To be able to up against a guy like Denny Hamlin, a future Cup champion and go to the end like that with him, I’m proud of this group, proud of the effort,’’ Chastain continued. “It’s another heartbreak, but we man, we finished and we still finished second with a beat-up race car.’’

Hamlin, who started last in the 37-car field, won both stages and essentially put on a Darlington driving clinic all afternoon, rebounding from a weak starting position, a slow pit stop, whatever was thrown at him.

“He was running his line, I was running my line and I thought we had a great race going there,’’ Hamlin said. “I saw an opportunity to clear and once I did I just carried a little too much speed up into (turn) three and obviously he got in back of us and allowed the 19 (Jones) to catch up to both of us.

It was actually Chase Briscoe who looked ready to give Hamlin the best challenge for the trophy. Briscoe led a race best 55 laps on the afternoon, but he spun out and hit the wall while leading with 30 laps remaining – running over fluid on track left by Brett Moffitt’s damaged Chevy.

The Stewart-Haas Racing driver still rallied to an 11th place finish, one position ahead of the Xfinity Series championship leader Austin Cindric in 12th.

There was also plenty of significant action among those vying for the 12th and final Playoff position based on point standings. At the green flag, Brandon Brown held a 32-point advantage over Jeremy Clements and even after both suffered bad luck on Saturday, Brown was able to pull out to a 45-point hold on the final playoff transfer position.

Brown’s No. 68 Chevrolet suffered collateral damage in a lap 2 collision between Sieg and Daniel Hemric and he had to make multiple pit stops for the team to keep the car running, if no longer competitive for a win.

The work paid off because Clements ultimately had problems as well, his car stopping on track with 37 laps remaining.

Brown rallied to an 17th place finish while Clements was scored 32nd. The difference between them now is 45 points and rookie Snider, who earned his sixth Top-10 of the season is now only six points behind Clements and 51 behind Brown.

Three races remain to set the 2020 Playoff field as the series moves to Richmond Raceway for a Friday-Saturday doubleheader next week.