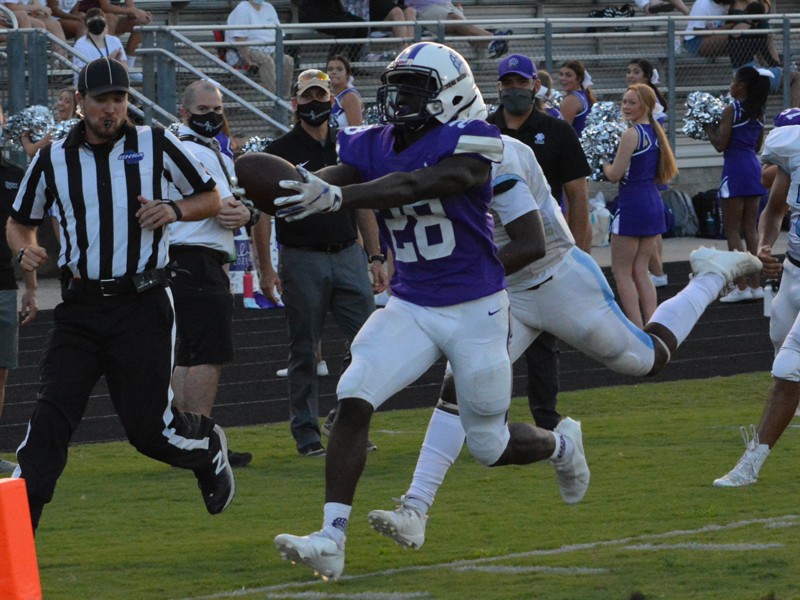 FLOWERY BRANCH — New quarterback Sebastian Irons was an efficient 9-of-10 passing for 134 yards and three touchdowns to lead Cherokee Bluff to a 44-0 win over Johnson on Friday at Bears Stadium.

It was the first shutout victory for the Bears (1-0) in program history. They held the Knights (0-1) who were playing their first game under new coach William Harrell, to just 21 total yards.

The two teams traded possessions to open the game before Irons started to heat up. He connected with Shad Dabney on a 6-yard TD reception midway through the first quarter and then found Eli Little on an 18-yard strike three minutes later for a 14-0 lead.

After a Johnson turnover on the next play, Cherokee Bluff's Eric Gohman scored on an 11-yard run for a 21-0 lead late in the first quarter. The Bears blew things open in the second quarter.

Charles Tolbert scored on a 23-yard run and Jayquan Smith added a 37-yard TD run as the Bears pushed the lead to 35-0. The defense added a safety moments later and Irons hit Jaylon Justice on a 31-yard TD pass on the final play of the half.

Smith finished the game with 85 yards on just five carries for Cherokee Bluff.