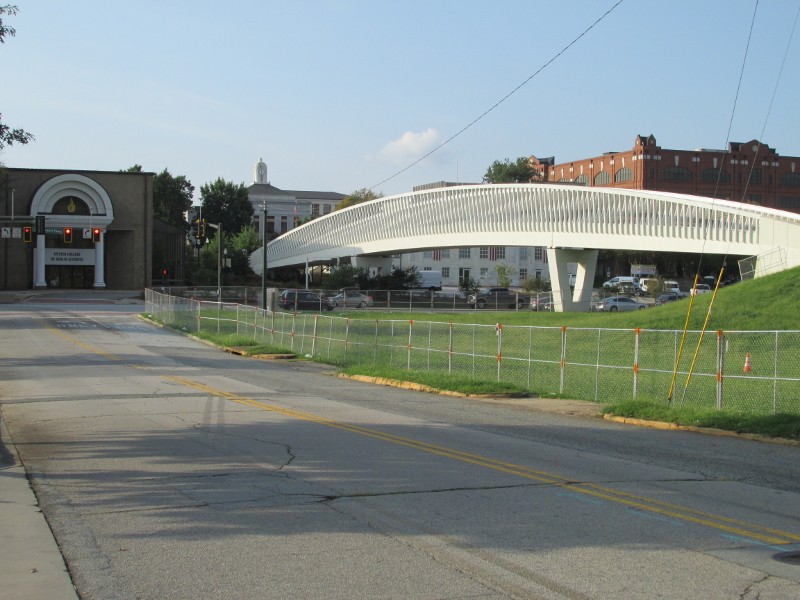 GAINESVILLE – What has become one of Gainesville’s most iconic sights, the pedestrian sky bridge spanning Jesse Jewell Parkway adjacent historic city hall, will be closed for the next 22 months.

Gainesville City Manager Bryan Lackey told members of the Gainesville City Council Thursday evening that work at the long awaited City View Project on Jesse Jewell at Bradford Street began quicker than expected, and with it the closing of the sky bridge at both ends happened earlier that morning.

Developer Terwilliger Pappas of Atlanta wasted no time in getting their $44-million investment underway after closing on the 6.8-acre site the previous day, according to Lackey.  “We knew that our development partner was aggressive in wanting to get started, we just didn’t realize they would get started the next morning.”

“But the bridge trail and the trail through the site are now closed,” Lackey told council members.  He said that during the day perimeter fencing had been erected by the contractor closing off the area and that the city was able to keep pace and post signage advising of the closure and to create a detour to take trail walkers around the site.

In essence, the detour takes pedestrians along the east side of the Brenau Downtown Center, crossing Jesse Jewell Parkway using the crosswalk and traffic signal at Bradford Street, and then south on Bradford Street.

“That part (of the trail) will be closed for roughly 22-months,” he added.  “Nineteen to twenty-two months, whatever the duration of the project is.”

Lackey said special lighting of the sky bridge, such as during the Christmas season, will continue as usual. 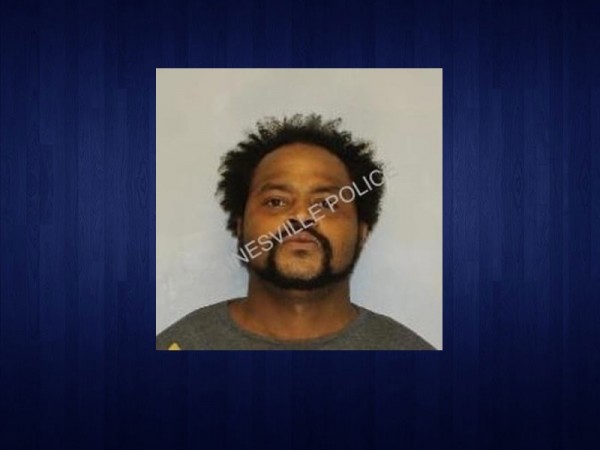 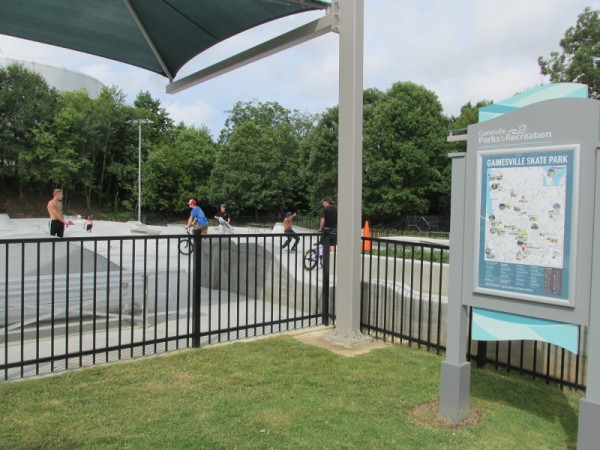 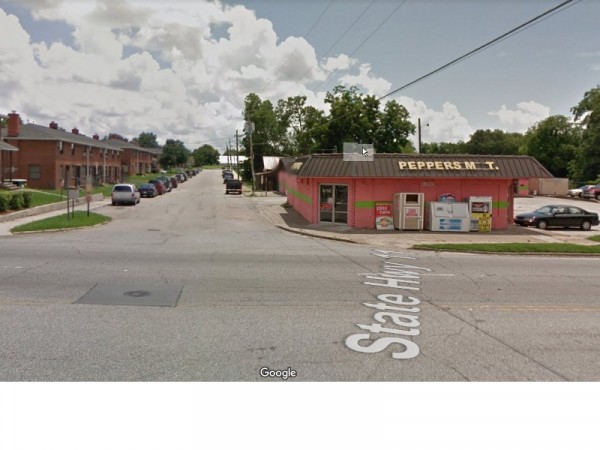 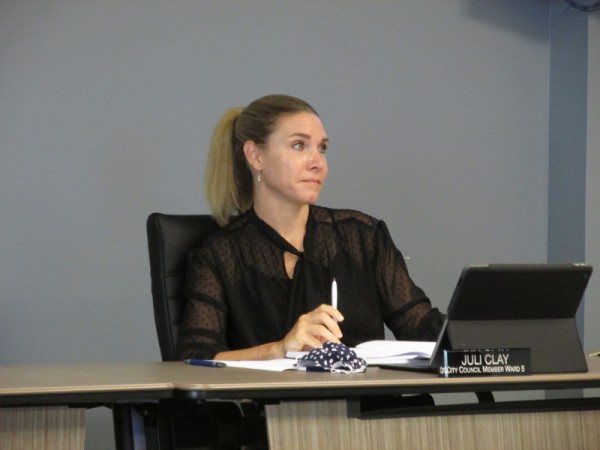 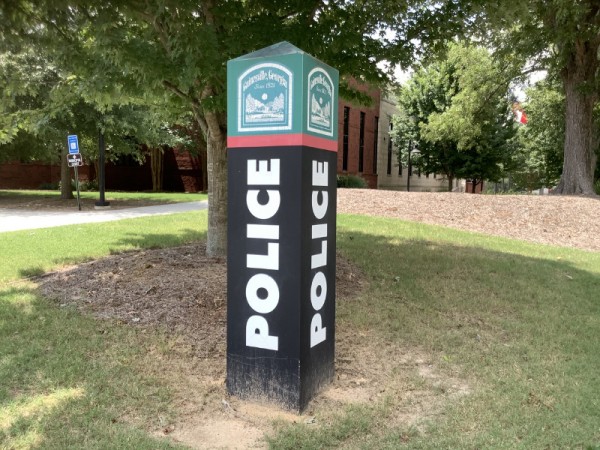 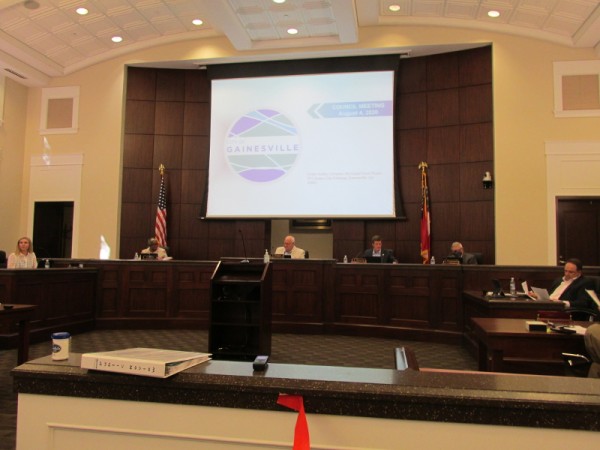 Gainesville OKs middle school property requests; turns sights to improving south side of city
A second middle school for the Gainesville City School District took another step towards realization Tuesday evening when the Gainesville City Council approved an annexation, two rezonings and a special use request made by the Board of Education.
By Marc Eggers
Privacy | User Agreement | Contact | Advertise With Us
2020 © Jacobs Media Corporation. All rights reserved. EEO Report. Website by Full Media
Login / My Access
close
Search