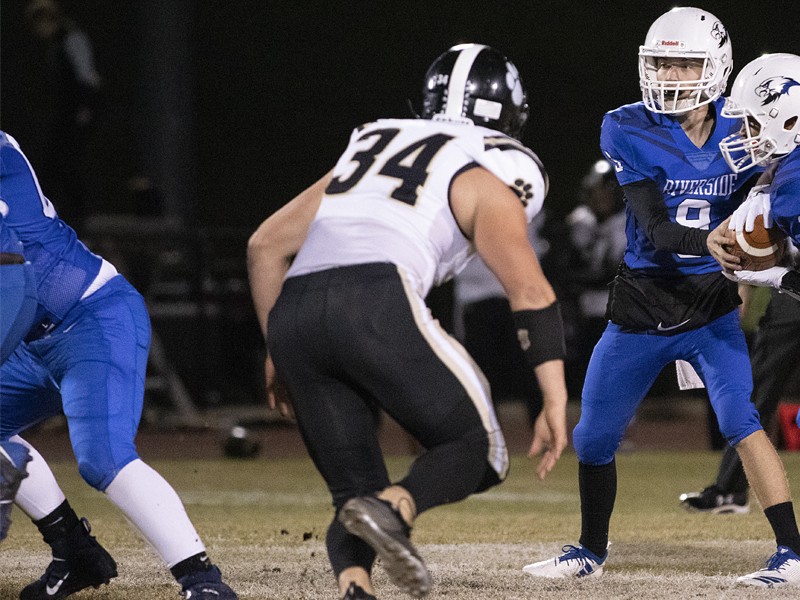 COMMERCE — Commerce has been a part of its fair share of big-time games. The Tigers own a pair of Class A state titles and as a program, they have been to the quarterfinals or better 22 times in their history.

But for coach Michael Brown, now in his seventh season at the helm of one of the state’s winningest programs, the 2020 campaign could be one the Tigers’ most exciting.

The newest round of reclassification by the Georgia High School Association last year created a new-look Region 8-A that has brought back together one of the more storied Class A rivalries as the Tigers will be joined by perennial state power Lincoln County.

The new region, consisting of old 8-A holdovers Commerce and Towns, is a power-packed region with four of the six teams combining for 18 state titles in their histories. The Tigers and Indians will be joined by Lincoln County (11 state titles), Washington-Wilkes (four championships), Greene County (one title), and Socal Circle.

“I think this schedule as a whole for us will be exciting for sure. We’re really looking forward to playing this schedule,” Brown said. “There are some new teams for our fans to get to see and every team in this region will be athletic and well-coached. It’s going to be a lot of fun.”

As for the current group of Tigers, the key will be 20 returning seniors who all have seen significant varsity action in their time.

The offense will be led by a pair of 2019 All-Region 8-A players in senior halfback Tyelon Brock and senior center Payton Freeman. Senior receiver Jake Frates returns and a group of three among seniors Elijah Burns and Michael Sherman and junior Dreylan Martin will rotate at fullback in the Tigers’ patented triple-option attack.

But the key area to watch will be at quarterback where sophomore Trey Huff takes over for the dynamic Nate Ray.

“Nate was a great player and we think Trey, who is very intelligent and talented, will be able to step in and run the offense,” Brown said. “We like what we see from the fullback group and the guys up front should be strong as well.”

The defense, which allowed just 16.6 points per game in 2019, is loaded with senior linebackers Grey Holbrook and Burns and senior lineman Chauncey Jackson taking on the leadership roles. Senior Creed Dunbar should anchor the secondary while Frakes and junior Collin Hall will add some quality depth.

Overall, the Tigers schedule features five playoff teams, including a pair of quarterfinalists in Athens Academy (a state runner-up in 2017 and 2018) and of course, Lincoln County in the new region alignment.

Lincoln County and Commerce both won nine games in 2019 and the Tigers were ousted by the Red Devils in the second round of the Class A Public playoffs. Expect plenty of athleticism each week in what should be of the more competitive regions in the area.

Expect the Tigers' and Red Devils' season-ending meeting Nov. 20 to decide the region title. However, a tough road game at Washington-Wilkes the preceding week will offer a challenge.

“This region will be just as tough as the old 8-A but just a different type of animal,” Brown said. “I expect that most every team will be in the playoff race the whole way.”

As with most teams, special teams always plays a part and the Tigers should be more than okay with senior placekicker Eric Diaz and punter Bo Childers, who both return.