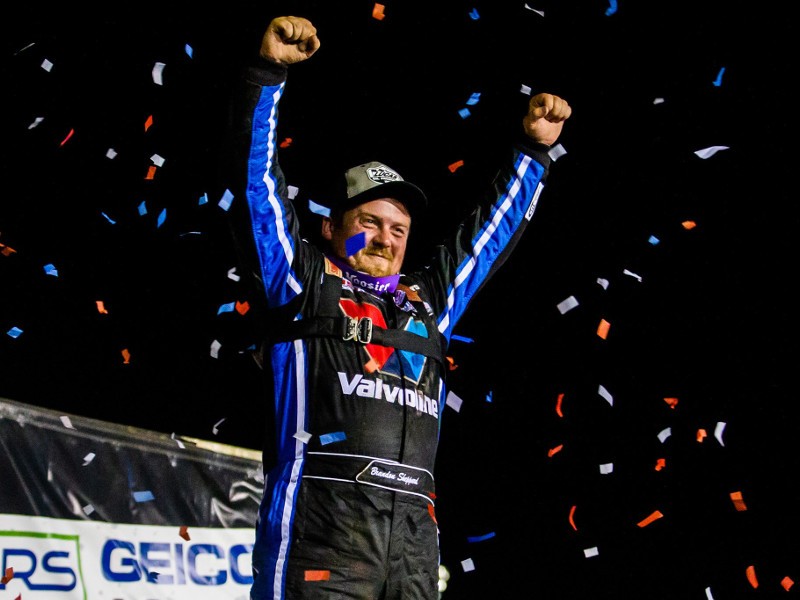 Sheppard passed race leader Chad Simpson on the 88th lap and pulled away to take his first career win in the crown event. He pocketed $53,000 for the victory in the Lucas Oil Late Model Dirt Series sanctioned race.

Ricky Thornton, Jr. got by Simpson in the closing laps to take the $20,000 second place prize. Simpson finished third, earning $10,000. Tim McCreadie was fourth with Ricky Weiss in fifth.

Sheppard dedicated his win to the family of Tim Hitt, who passed away on Friday. Hitt was the original house car driver for Rocket Chassis in the early 1990’s.

Sheppard’s fourth visit to Lucas Oil Victory Lane in 2020 made him the eighth different winner in ten Silver Dollar Nationals.

“I had it in the back of my mind that I was going to wait as long as I could to get to the top of the track,” said the 27-year-old Illinois native. “I knew I was abusing my equipment up there. I hit the wall a few times off of two. It was a crazy race,”