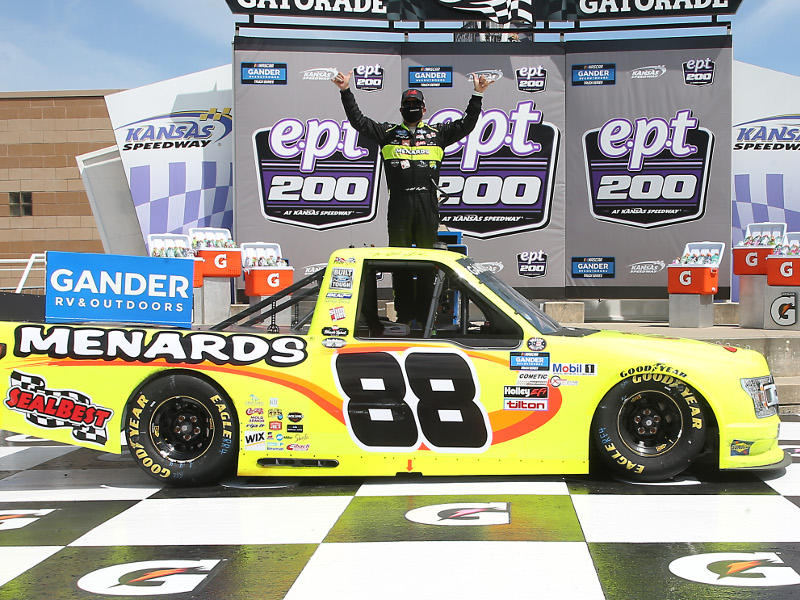 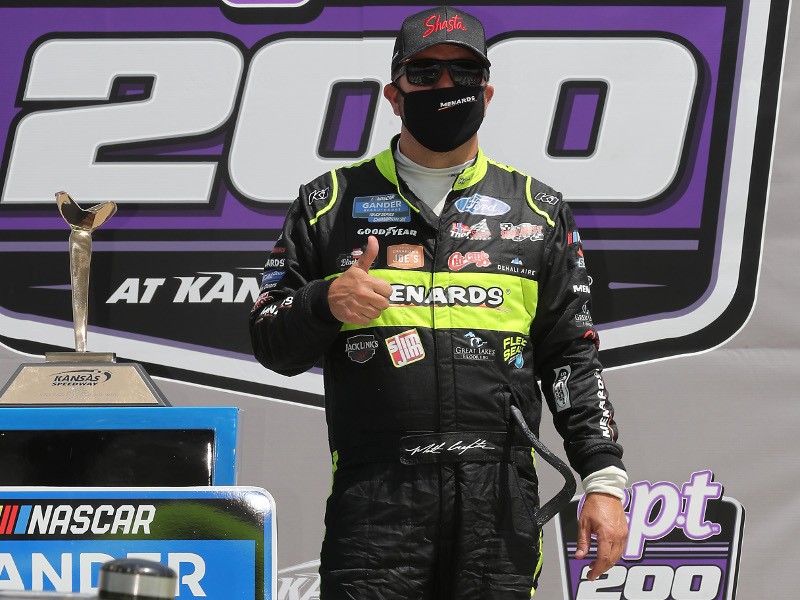 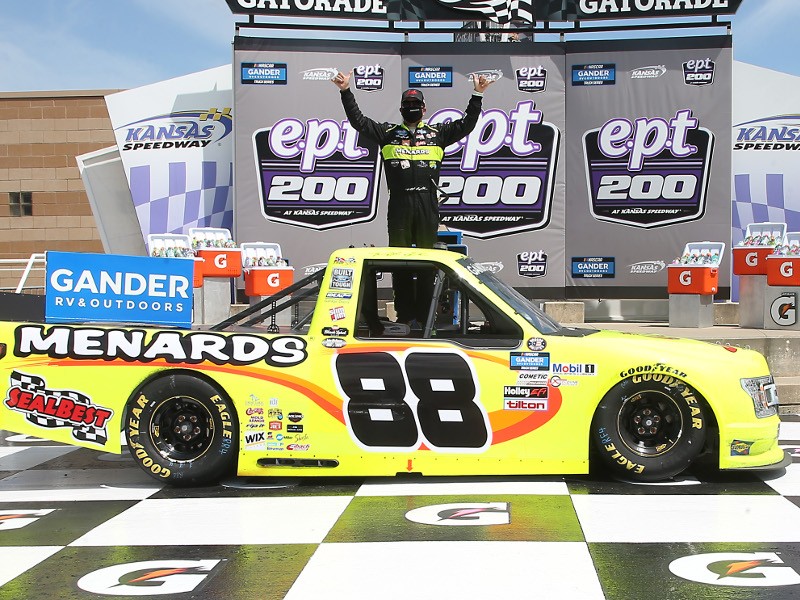 For Matt Crafton, the victory couldn’t have been sweeter.

In the second leg of NASCAR’s first Truck Series weekend doubleheader, Crafton broke a 67-race drought dating back to his 2017 victory on the Eldora Speedway’s half-mile dirt track. Crafton took the lead moments after a restart on lap 113 of 134 and held the top spot the rest of the way.

The three-time series champion beat Eckes to the finish line by .324 seconds to secure his third win at the 1.5-mile track and the 15th of his career. Crafton had been in a close battle for one of the final Playoff spots; now, with two races left in the regular season, he’s locked into the postseason with the victory.

“It was very, very sweet,” Crafton acknowledged taking the checkered flag as a souvenir. “Not a lot of give-up in these guys (the No. 88 ThorSport Racing team), without a doubt. Our Ford F-150 was good, really good all day.

“It was good on that last run, as well. The 18 (Eckes) had a little bit of speed — he was making me nervous right there. I kept trying to take his line away and make him tight and loose… At the end of the day, I can’t thank these guys enough for working so hard each and every week on this thing.”

The runner-up finish was bittersweet for Eckes, who ran a pedestrian 13th in Friday night’s doubleheader opener at Kansas.

“What a comeback for our team,” said Eckes, who applied constant pressure to Crafton in the closing laps but couldn’t find a way around him. “We sucked yesterday. You can’t sugar-coat it — we were terrible. (Crew chief) Rudy (Fugle) and the guys worked really, really hard last night and this morning to get it better.

“We still started the race a little bit off, but the track kind of came to us. It was perfect at the end. I just got a little tight behind him (Crafton).”

If Crafton picked the perfect time to win for the first time this season, the race was an unmitigated disaster for Tyler Ankrum, Johnny Sauter and Stewart Friesen, all of whom qualified for the Playoffs last year. Even with the postseason field expanded to 10 drivers this season, all three are in dire jeopardy of missing the Playoffs after Saturday’s race. Sauter was KO’d in a 12-truck wreck that started when Gray turned the No. 68 Toyota of Clay Greenfield across traffic on lap 83.

Sauter was eliminated in 33rd place and fell 43 points behind Todd Gilliland for the 10th and final Playoff spot. Friesen was a victim of the same wreck, finished 34th and stands 14th in points, 71 behind Gilliland.

In a wreck involving three GMS Racing teammates, Ankrum drifted up the track on lap 94, turned across the nose of Zane Smith’s No. 21 Chevrolet and collected the No. 23 of teammate Brett Moffitt, the 2018 series champion. Smith had swept the first two stages of the race but finished ninth after damage to the left front of his Silverado.

Ankrum, who dropped out of the top 10 after a 33rd-place finish on Friday night thanks to mechanical issues, finished 28th on Saturday and is 11th in points, 22 behind Gilliland.

“My nose just started taking off,” Ankrum said of the wreck. “I don’t know what happened. I was fine, and I’ve never really had the nose take off — it was a really weird place.

“I had the wheel into to. Pretty embarrassing. A demoralizing weekend, honestly. If you look at ‘demoralizing’ in the dictionary, my name would probably be in it. We’ve had a fast truck all weekend. We just need to catch a break.”