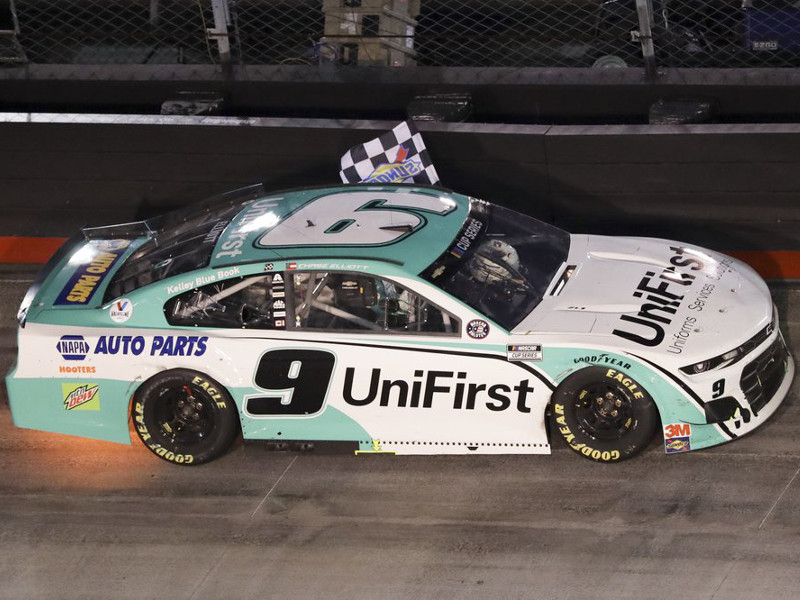 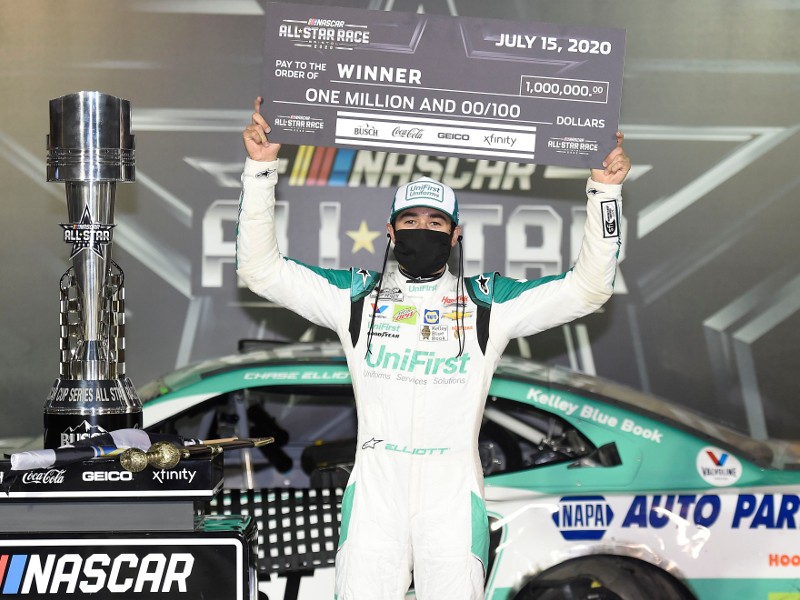 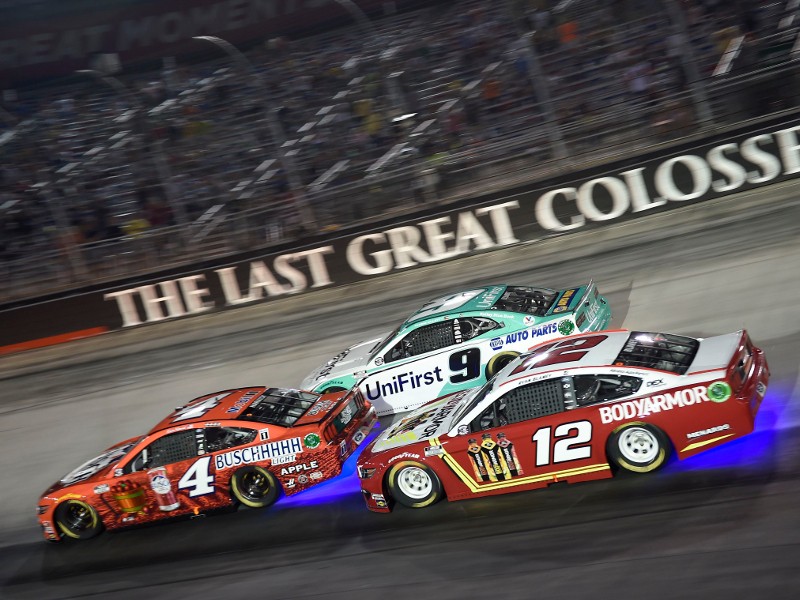 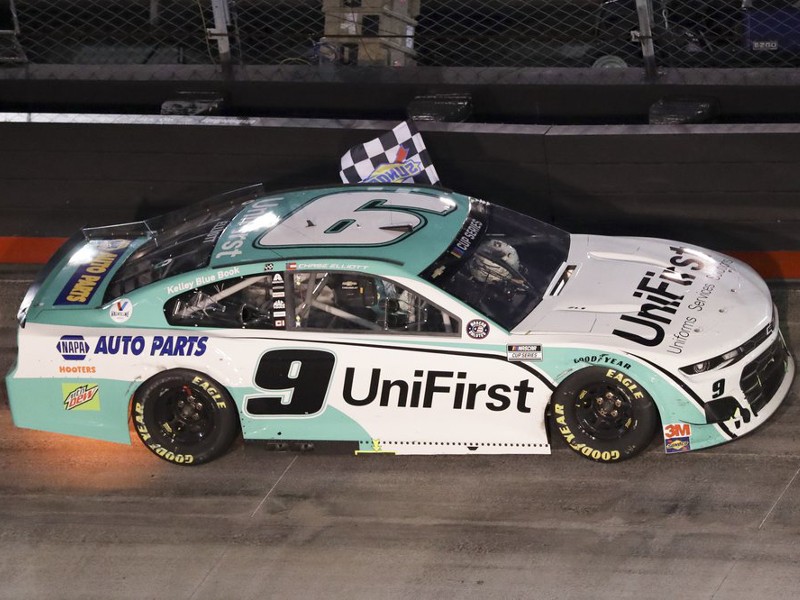 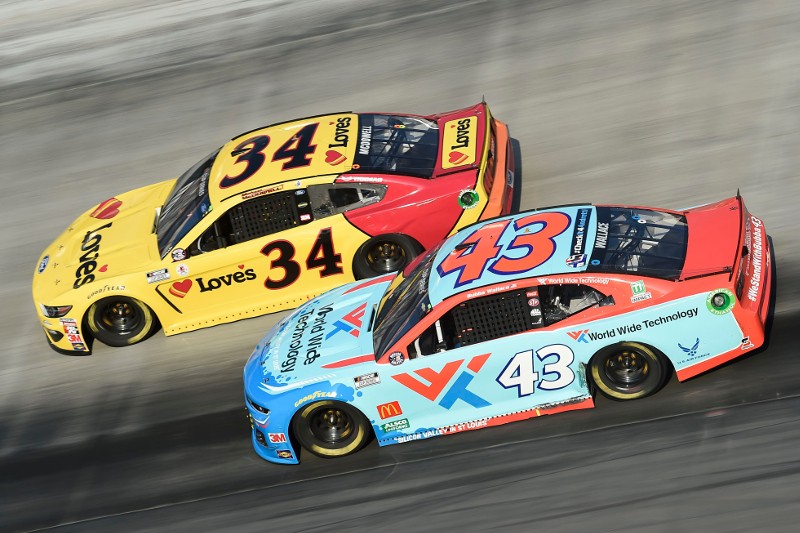 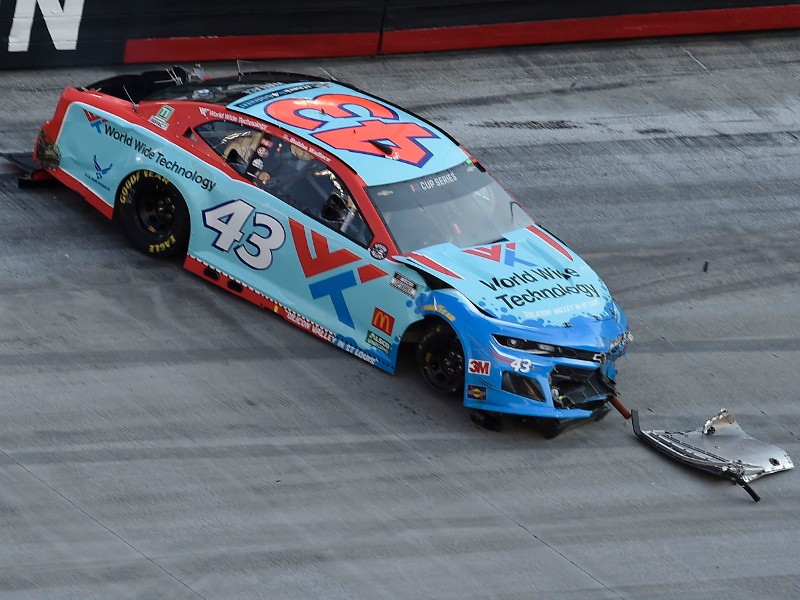 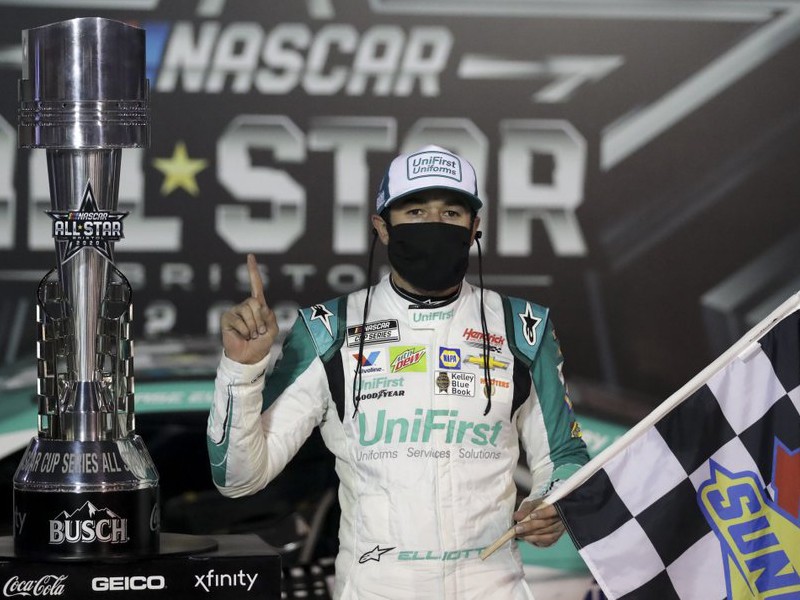 “We’ll take that million dollars back to Georgia, why don’t we,” Elliott said in front of the frontstretch grandstands after the win.

The event, which is usually run at Charlotte Motor Speedway, was moved to the high-banked half-mile Bristol Motor Speedway due to the COVID-19 pandemic, and was held with around 35,000 fans in attendance.

The only two times the All-Star race has been run somewhere other than Charlotte, it has been won by an Elliott. Chase’s father, NASCAR Hall of Famer Bill Elliott, won when the race was held at Atlanta Motor Speedway in 1986.

Elliott won the second and third segments of the 140 lap event. He jumped out to a huge advantage off the start of the final 15-lap segment, and drove away from the competition en route to the victory.

“Just really proud of our team tonight and rebounding. We’ve had a really tough couple of weeks and just felt like we had kind of gotten off base and I felt like I was struggling. Just tried to hit the reset button this week, and came out and put on a great performance – great car.”

Kyle Busch made a late race surge to second, but could not get close enough to challenge for the win at the end, despite trying to run the high groove around the half-mile, high banked track.

“I just had to try something different than what we were doing,” Busch said. “Even if I got to him, I wasn’t going to be able to pass him because the air following guys just wouldn’t let me get close enough all night. Me anyways. Overall, I don’t know. Still felt like I had to drive 110 percent to even make that finish happen. Still kind of slow, just missing something. Adam (Stevens, crew chief) made some good adjustments on pit road there during the race to get us closer instead of just running 10th all night. Just second, that’s it.”

Kevin Harvick finished in third after making a stop for fresh tires before the final 15-lap run to the finish.

“There were a couple laps there that I had to spend a little more time in traffic than I needed to to get back to the front, but our Busch Light Apple Ford Mustang guys did a good job,” said Harvick. “I think that was the right call. That was our only chance. We weren’t gonna beat the 9 (Elliott) where we were sitting on the same tires, so it all came down to getting past those cars for the first couple laps, but, in the end, it was definitely one lane. Much different than I thought it was gonna be.”

Brad Keselowski finished in fourth, with Denny Hamlin in fifth.

Ryan Blaney, who won the first segment of the race, came home in sixth, with Joey Logano, Alex Bowman, Aric Almirola and Martin Truex, Jr. rounding out the top 10.

In a race usually known for being rough and tumble, the All-Star race was pretty calm, with the action being broken up by three segment ending cautions and only two cautions for on-track mayhem. The first occurred on lap 6 when Kurt Busch spun off the front bumper off Brad Keselowski, leaving Busch’s No. 1 Chevy with slight rear bumper damage.

The second occurred on lap 56 when Ryan Newman spun into the inside frontstretch wall. He had slight front end damage and was able to continue.

The most memorable moment of the night came not in the All-Star race itself, but in the All Star Open for ineligible drivers who were trying to race their way into the main event earlier in the evening.

It came as Bubba Wallace and Michael McDowell raced for position in the first segment of the Open. Wallace made contact with the left rear of McDowell’s car in an effort to make a pass. As Wallace moved by, McDowell’s No. 34 Ford moved left, catching Wallace’s No. 43 Chevy in the right rear. That turned Wallace’s car hard into the outside retaining wall, leaving it heavily damaged and ending his night.

While the race continued, Wallace carried the bumper off his destroyed car to McDowell’s hauler, leaving it on the back lift gate.

Three drivers, Almirola, Byron and Matt DiBenedetto, transferred into the All-Star race out of the Open. Clint Bowyer transferred in from a vote by the fans.