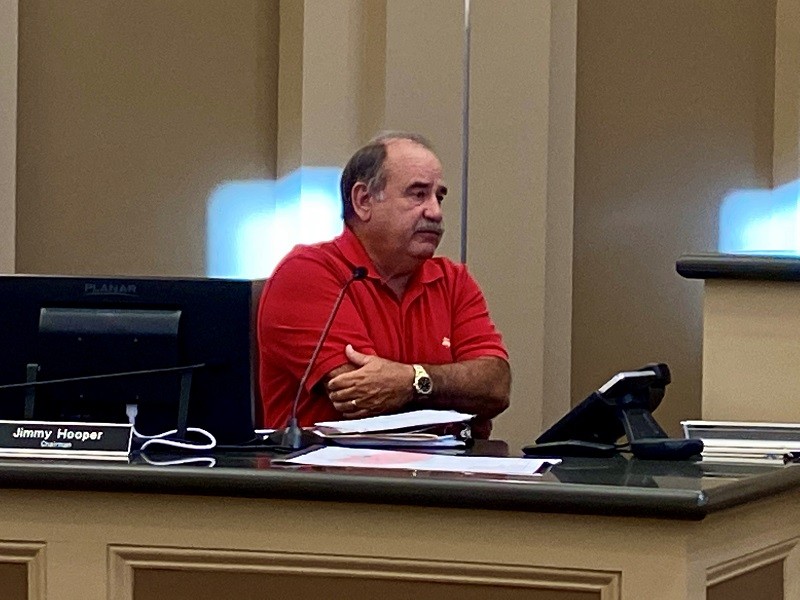 “It’s been a good eight years,” Hooper said at the conclusion of Tuesday night’s meeting, citing health issues over the past year. “Two back operations just about did me in.”

Hooper said the health challenges are not over and that prompted him to make a hard decision.

“It looks like I’m going to have to have some additional surgeries,” Hooper said, his voice breaking. “I’ve submitted my letter of resignation effective Aug. 31, 2020. I chose that date because Commissioner [Charles] Turk has already been duly elected and he’ll be able to come onboard.”

After the meeting, County Attorney Randall Frost said there is no clear-cut succession plan for the remaining four months of the term, adding it will be up to the commission to determine who will fill the balance of Hooper’s time in the position.

In Banks County, the commission chairman is elected by the voters to lead the day-to-day operations of the county.

Hooper is nearing the end of his second four-year term, which would have ended Dec. 31.