I was a latecomer to the “Hamilton, The Musical” phenomenon. I love musicals and I used to go to NYC once or twice a year with my daughter to see musicals. We would usually buy tickets to one show ahead of time and then decide on the others when we got there. Using the phrase “used to” to describe my visits is just because of COVID and I will not be going this year, but when Broadway is back, I will be back. We had planned to see “Hamilton” this spring.

Finally, I listened to the musical soundtrack for “Hamilton” a couple of weeks ago and then signed up for Disney+ this week and watched the show. I had avoided it because I figured Lin-Manuel Miranda would get the history wrong, because everybody does but I was pleasantly surprised, he got almost all of it right.

Then enter the “cancel culture.” Supposedly, he didn’t address slavery appropriately for the Twitter mob and #cancelHamilton started trending. My view is, Miranda has nothing to apologize for. He addressed the discussion of slavery accurately for its time and showed the Founding Fathers as flawed men, which they were, which we all are. Additionally, he has done more to make Broadway “woke” since Rodgers and Hammerstein’s “South Pacific” dealt with racism in its day. He has done more for making Broadway diverse than any single person and I applaud him for that!

But then he apologized instead of defending his record. He said he could do more. Of course, he can, we all can do more. But how much more is good enough for the mob when perfection is their goal—for you, but not for them.

I would suggest the next time they start using their phone to record something they don’t like and want to cancel it, flip the picture around and take a selfie and ask, “What have I done to make things better?” Perfection is a thing that can never be attained, but our heroes have done more than people of their times—that’s what defines heroes, right? However, that will never good be enough for the mob.

Enter Goya Foods. They have been a part of roundtables about Latino owned businesses for years an across administrations and parties. They are the largest Latino owned business in the country and one of the largest in the world. The president of the company, Robert Unanue, praised the president as he had praised the president before him and probably if you look hard enough, you will find he’s a team player that has learned to work with people of all backgrounds. He’s not a hero; he’s a guy who has provided jobs and products with a level of success. Then the cancel culture came after them.

Since it was in the same week as the mob came after Lin-Manuel Miranda, he took to Twitter denouncing Goya Foods. Lin, can I call you Lin, you will never win that way. If you don’t want to buy Goya, that’s fine but as for me, I’ll be buying more because I like the company’s product and their moxie.

So I’m about working together and getting us to the next thing. Social Media is not real; the social media mob is not real. There are many of us that are too busy with our real lives to be bothered with who is in and who is out. I have been debating (with myself) on my own use of social media but we will talk more about that in the next months and then we will go to the polls and vote this November. 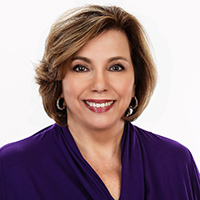