A 21st century update to Monopoly 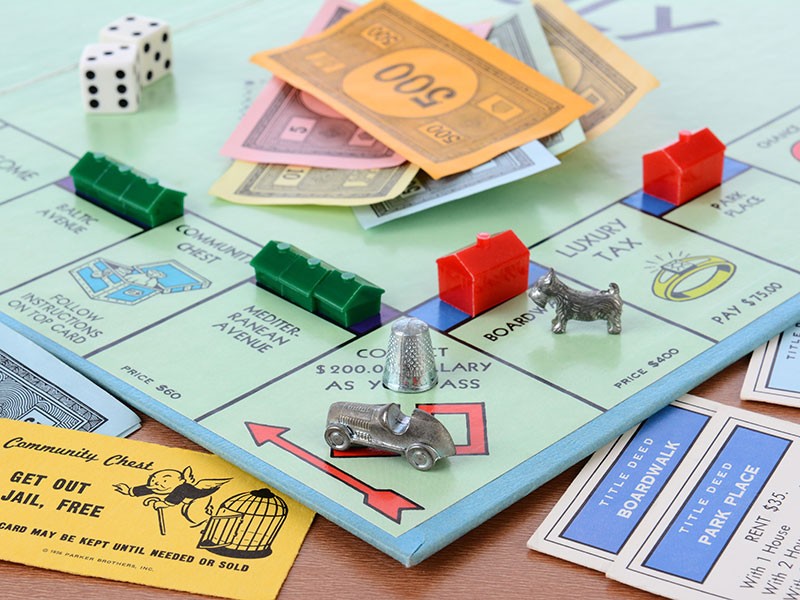 It probably won't surprise you to learn that, with all of us staying home more because of coronavirus, the board game is making a comeback.

Clue was always one of my favorite board games. It was great fun trying to determine if Col. Mustard has committed the murder with the rope in the billiard room. Or maybe it was Professor Plum with the revolver in the library.

Of course, the king of all board games is Monopoly. It is probably the most popular board game in the world, sold in more than 80 countries and translated into at least 26 different languages. It has been around, with virtually no change, for more than 60 years.

The object of the game is to bankrupt your opponents and become the wealthiest player. Players take turns rolling the dice, traveling around the game board, buying, selling and trading real estate, as they collect and pay rent, fines, and taxes.

I’m glad to see board games, especially Monopoly, make a renaissance. Still, the game isn’t perfect. For one thing, a typical game can last several hours.

For another, because the game hasn’t changed much since its inception, the game board is a bit outdated. It’s not 1933 anymore.

The game pieces need to be modernized, so you’ve got to get rid of the top hat, the thimble and the old car. Replace them with a miniature iPod, a Toyota Prius and a Lear jet.

You’ll also need to update the game board. A lot has happened to Monopoly City in 90 years. For instance, St. Charles Place no longer exists. It’s been replaced by the Showboat Casino. Hit 21 at blackjack and you win the pot. Lose and the house takes the $200 you just got for passing Go.

The Reading Railroad filed Chapter 11 and got a government bailout. But people don’t ride the train anymore, so the other three railroads went out of business.

The land where the Pennsylvania Railroad used to be is now an international airport, but property values on adjacent Virginia Avenue went into the dumper because the neighborhood is beneath the airport’s landing pattern.

The Electric Company just got approval from Public Service Commission to raise rates by 25 percent to pay for cost overruns on a nuclear plant they plan on building on Baltic Avenue. Land there and you have to pay $100 for a radiation suit.

Some carcinogens have seeped into the water supply at Water Works, so when you land on nearby Marvin Gardens, it’ll cost you $20 for bottled water.

You haven’t gotten a raise in years, so you still collect only $200 when you pass Go. But the Income Tax has risen from 10 percent to 35 percent. And the Luxury Tax has doubled.

There’s no such thing as Free Parking, so be prepared to pay $20 if you land there, $50 if there’s a game at the football stadium they built where New York Avenue used to be.

You can still land on the “Go to Jail” square. But don’t worry. Thanks to jail overcrowding, you can get out almost immediately for time served. You don’t even have to pay a fine.

And Park Place and Boardwalk, long the most expensive and most prized properties in Monopoly, now sit empty.