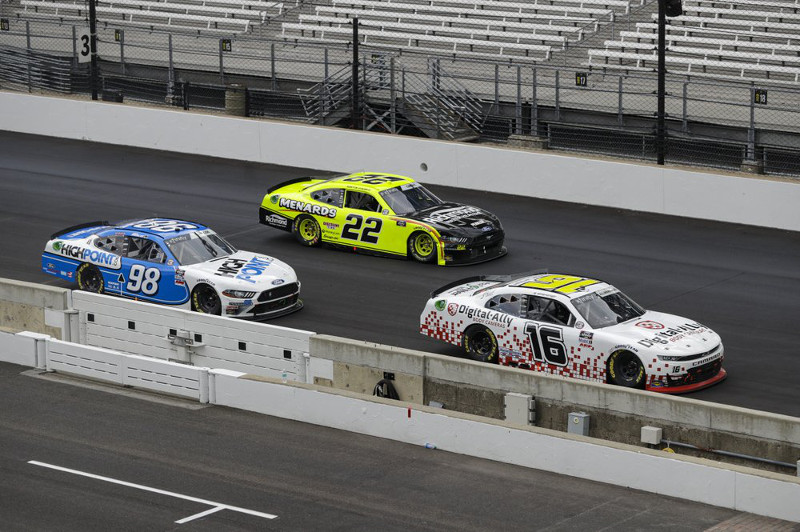 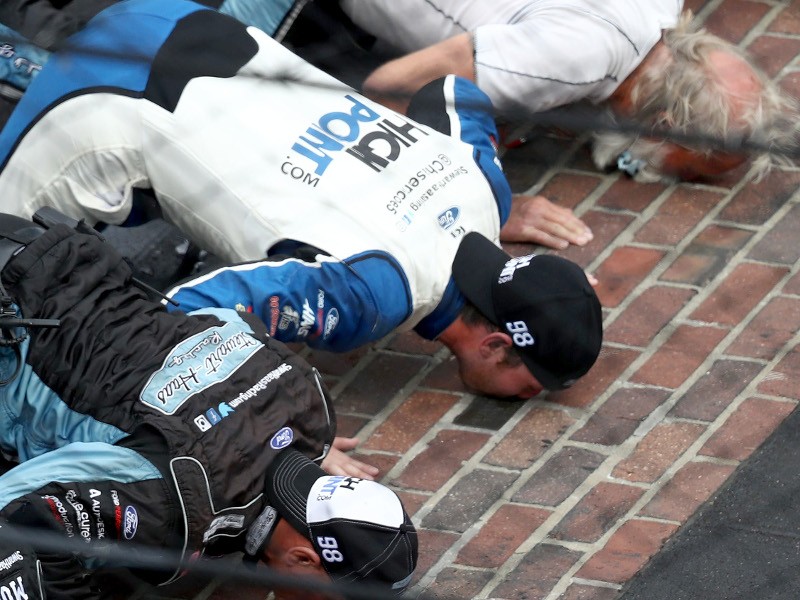 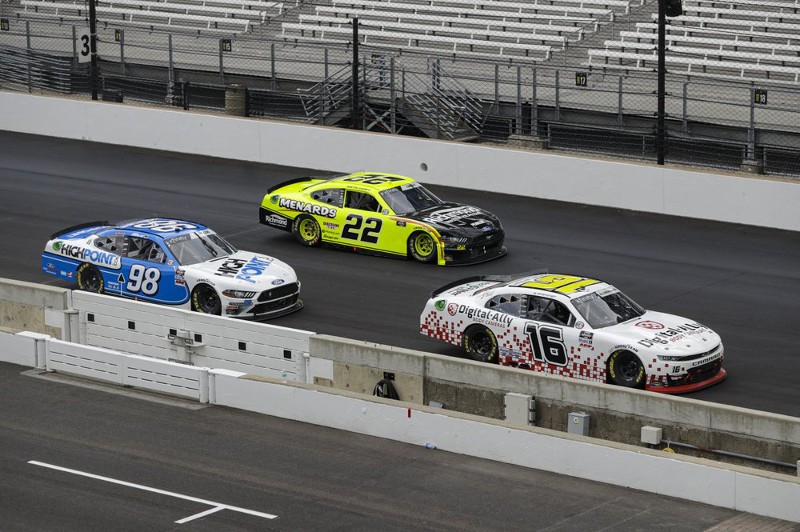 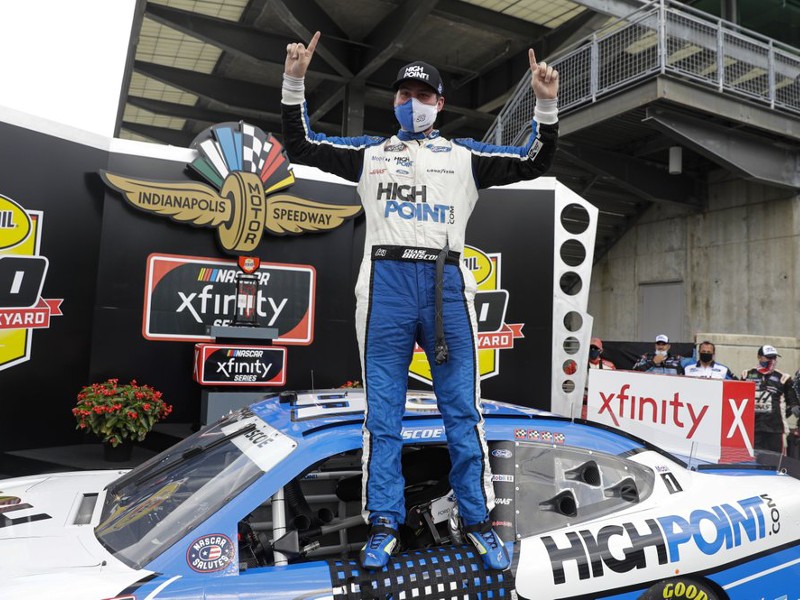 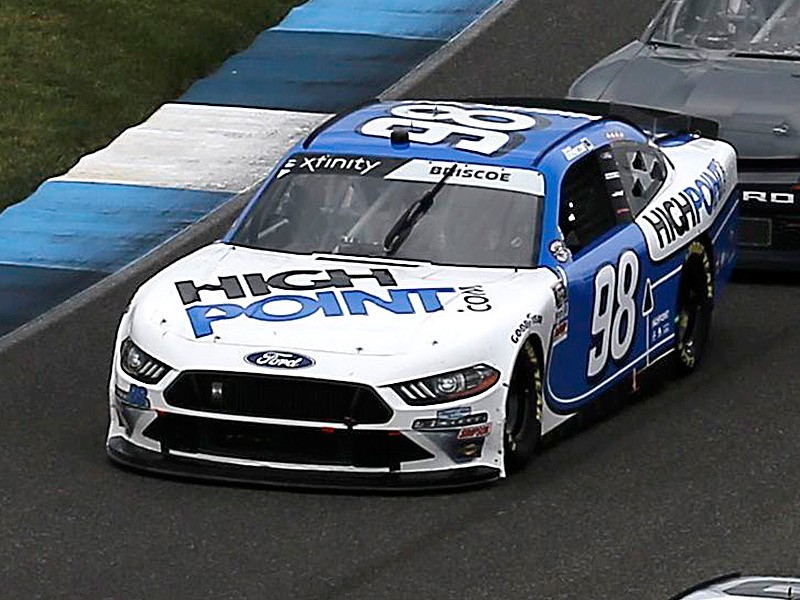 With four laps to go, it looked like Chase Briscoe had let a home state victory slip through his fingers.

Briscoe handed the lead away with a few laps to go when he slid wide in a corner, letting two other drivers to get past. But he rebounded with a brave, three-wide move on the front stretch of the Indianapolis Motor Speedway infield road course to retake the lead with two laps to go.

From there, the Mitchell, Indiana native drove his No. 98 Stewart-Haas Racing Ford on to the win the inaugural series race on the Indy road course layout on Saturday.

“Everybody knows that I grew up and my hero in racing was Tony Stewart,” said Briscoe. “To get to drive for him and watch him win the Brickyard, that was always his signature thing and I just wanted to do it. Obviously it is not the same prestige as winning on the oval but you still won at Indianapolis Motor Speedway. It doesn’t matter if you are racing on the oval, the road course, the dirt track or even the parking lot, it is special when you win here.

“Growing up, coming here all the time, it is unbelievable to think that I just won here.”

Briscoe had the lead over the closing laps, but was under continuous pressure from A.J. Allmendinger in second place.

The pressure came to a boiling point when Briscoe missed a turn, running wide and allowing Allmendinger and Austin Cindric to slip past.

Briscoe closed on the leaders as Allmendinger and Cindric battled for the win. With two laps to go, the three leaders stacked up three-wide coming down the front stretch, with Allmendinger and Briscoe getting away. The two raced side-by-side into the tight first turn, with Briscoe making the pass to retake the lead.

“I think I had the Good Lord on my side for sure,” Briscoe said. “The restarts, I was starting on the outside which I didn’t think was the best scenario. It seemed like holes were opening up. I wasn’t very good when guys were right behind me because I needed the back of my corner to be really good. You can’t do that when they are right behind you, especially Allmendinger. He is so good in the braking zones. I did give it away in a sense over there. Cindric and (Allmendinger) started racing pretty hard and that gave me a chance to get back in there and I threw a slide job into 1 and 2 and I think that was by far the hardest I have ran in my life to try to get a win.”

As Briscoe worked to get away, Allmendinger and Cindric bounced off each other while battling for the position. That allowed Noah Gragson to get past both of them for second, followed by Justin Haley.

Meanwhile, Briscoe moved out to a 1.6 second advantage while the battled raged behind him. He would go on to score the victory by a 1.717 second margin over Haley in second, with Gragson in third.

It’s the fifth win of the season for Briscoe, the sixth of his series career and his first at Indianapolis.

“From a personal standpoint, Darlington meant a ton just because of what I was going through,” Briscoe said. “I have dreamed of coming to this race track and just getting to race here. To win here is unbelievable. I can’t put it into words. To get our sponsors in victory lane and driving for Stewart-Haas at Indianapolis. It doesn’t get any better than that.”

Allmendinger finished in fourth, with Cindric in fifth.

While being a competitive event, it was a mostly incident free race. The scariest moment of the day came on lap 35 when a mechanical failure under the No. 19 Toyota of Atlanta, Georgia’s Brandon Jones resulted in a huge ball of flame. Jones brought the car to a halt on the grass and got out without injury. He was credited with a 37th place finish.