No place for hate

My paternal grandmother, Mary L. Crane, imbued in me at a young age an attitude towards life which has always served me well. If you start each day willing to learn something new, you probably will.

Several years ago now I learned about a national school education program, offered at no-cost in elementary, middle and some high schools, assembled and presented by the Anti-Defamation League, called No Place to Hate. The ADL offers everything from a needs assessment and the creation/signing of a resolution of respect to One World of Difference anti-bias and bullying training. More than 1,600 schools across the nation have completed or are in the process of making themselves No Place to Hate.

And long before we entered the deep divisions and racial tensions our nation is currently experiencing, I think we all might have benefitted from observing or taking this course. As a southerner and native Georgian, I have long been frustrated by how many other parts of the country, as well as numerous primary news outlets, view the south as a bastion of racism, racial prejudice, and bigotry. Though those weaknesses of character and characters certainly do exist here, I have found in my travels that our reality far exceeds that reputation. We simply need to do more walking the walk, as well as talking the talk to get us to a better place, reputationally, as well as more importantly in reality.

The Georgia House of Representatives, led by House Speaker David Ralston, took a significant and 'learning step' in the right direction when passing a new Hate Crimes bill for the state of Georgia during the 2019 legislative session. The bill's passage was narrow, and it has largely sat in the State Senate's "InBox" since. The State Senate and Lt. Governor Geoff Duncan in more recent days passed their own version of such a bill, with quite a few variations, some to the good...others not so much. Georgia has previously had a not particularly well-written Hate Crimes statute, earlier challenged and overturned by the courts, roughly 14 years ago, and the state remains one of four in the nation without any form of hate crime statute or penalties.

We are currently in a moment of reckoning, and hopefully for many, also a moment of awakening and learning. A hate crime statute will not solve all judicial or racial inequities in Georgia, but it will be a significant step in the right direction. All too often in legislative bodies, when differing points of view are significant, the 'perfect' becomes the enemy of the good. Though the Georgia General Assembly is in the waning days (out of 11) of the remainder of their biennial legislative session (requiring any new bill to start all over again in 2021), finding common ground on such a delicate issue remains a heavy lift.

But we hope if those 236 lawmakers have learned ANYTHING in recent days and weeks assuming they have been paying attention to happenings in our state Capitol and elsewhere around the nation, doing NOTHING is not an option, and the typical response of appointing a task force or blue-ribbon commission will be far from enough.

Ralston is a lifelong conservative, who leads a GOP caucus with a somewhat narrow majority. Many within likely would find murder to be murder or assault to be assault, and might not subscribe any additional import or sentencing to the particulars of the motivation of an assailant. Even getting to this point was no simple task. Ending or removing hate never really is. The State Senate should pass the House bill, which will not require reconsideration, and then amend the statute later.

My mother also taught me another rule very applicable to this situation, and it applies to the benefit of everyone. Simply treat everyone, as you would prefer to be treated, or the treatment you would seek or hope for a friend or family member. My mother constantly repeated this Golden Rule first learned in Sunday school and later reinforced, believe it or not, during my days in a college fraternity. Though I am far from perfect in my track record on this, it is a daily status that I attempt to reach and maintain. And when you are operating on that gold standard, you also soon realize that there really is no place for hate. Give it a try. What have you got to lose? 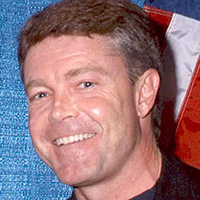 Bill Crane Columnist
Bill Crane has been a political analyst and commentator for 20 years. A former communications staffer for two U.S. Senators and one Governor in both major political parties, Crane 'grew up' in Georgia politics in a newspaper family. Crane owns his own corporate communications firm in Decatur, CSI Crane, LLC. He is a regular guest on WDUN's "Morning Talk with Martha Zoller," His weekly syndicated column is entitled "One Man's Opinion," and draws on his experience, good humor and life as a son of the south.
More Articles From Bill »
© Copyright 2021 AccessWDUN.com
All rights reserved. This material may not be published, broadcast, rewritten, or redistributed without permission.