Ty Gibbs drives away to ARCA Series victory at Pocono 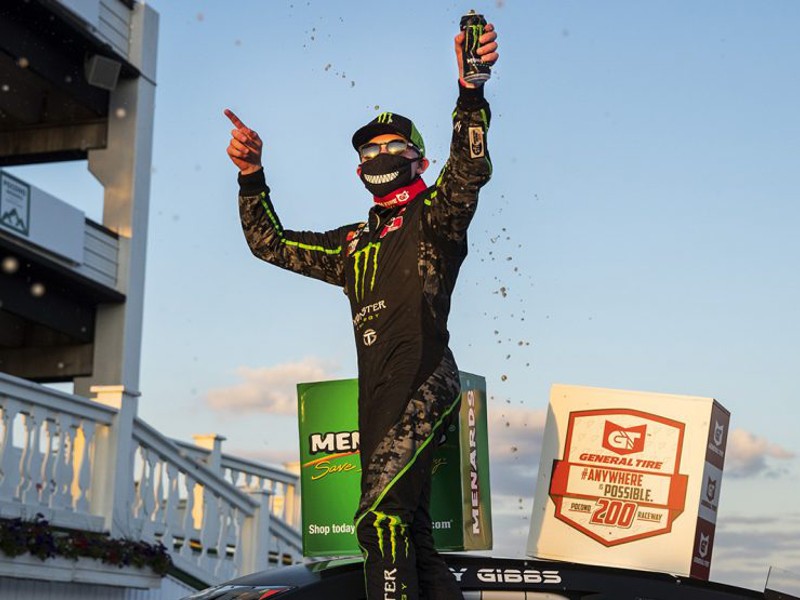 Once Ty Gibbs got out front, it was game over.

To get the victory, Gibbs out-ran runner up Chandler Smith and third-place Sam Mayer, who were celebrating their 18th and 17th birthdays, respectively, on race day.

Two weeks after he held off Mayer at Ohio’s Toledo Speedway in the ARCA Menards Series East, Gibbs was even better in his No. 18 Toyota. His margin of victory on the 2.5-mile tri-oval was 2.314 seconds. It was Gibbs’ sixth win in the ARCA Menards, East and West series in just 21 starts.

Talking Rock, Georgia’s Chandler Smith, who was fastest in practice earlier in the day, passed Mayer late to take the second spot but could not run down Gibbs.

Self was able to improve his points lead to 15 on Dollar and 16 on Deegan after four races. Holmes, who picked up his second straight top five in ARCA Menards Series is 24 back of Self.

The ARCA Menards Series will be back on track for the Calypso Lemonade 200 at Lucas Oil Raceway in Indianapolis on Friday, July 3.