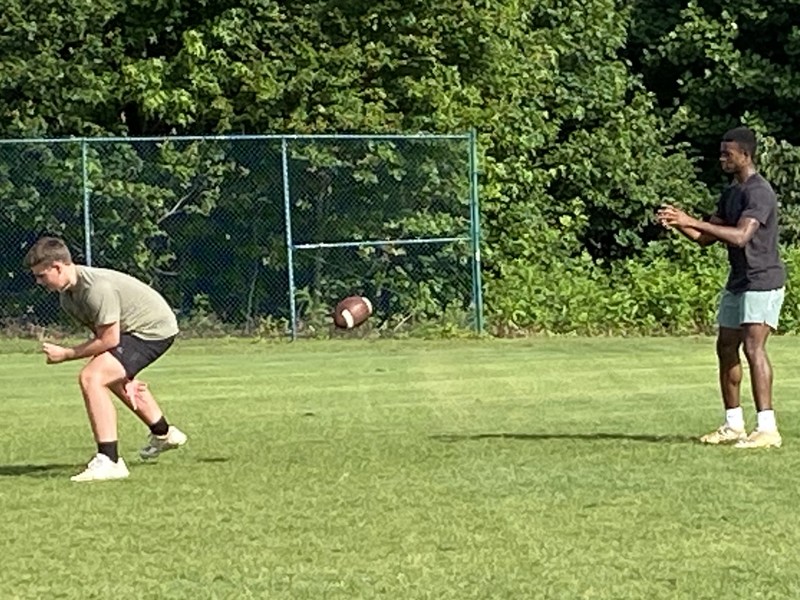 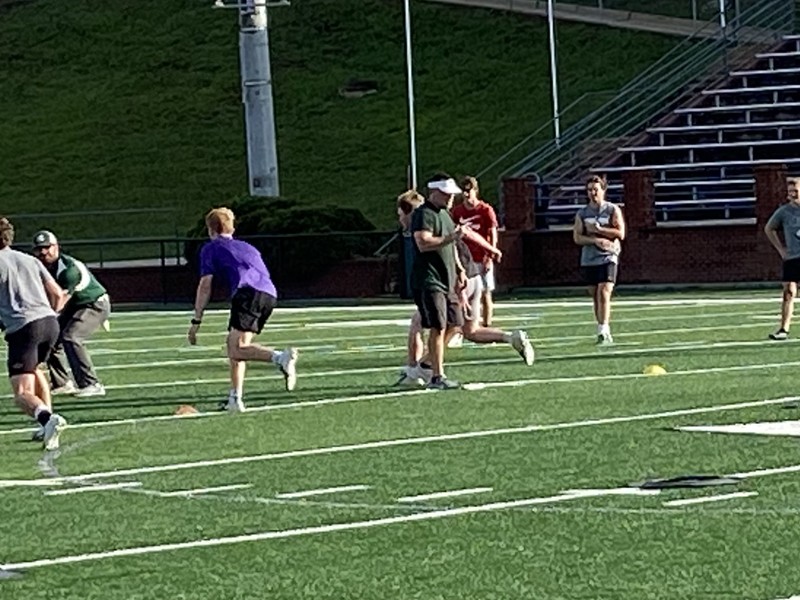 The GHSA lifted its ban on sports-related equipment last week and boosted group workouts from 25 to 50 athletes. Hall County opted to stick with groups of 25.

The governing body of high schools across the state has been working toward the return of sports-related equipment since the athletes returned to campus with limited workouts on June 8. This was an affirmation that the GHSA is hungry to get the fall season started on time.

Athletes at Chestatee High School littered the campus as they made their way to check in just before 9 a.m. on Thursday for workouts.

"I think they were ready to be back to some form of normalcy," Conley said. "Our kids' effort has been great. I know there's a lot of negative on this but, to me, it's been positive because we've been able to get those kids that maybe hadn't been doing as much as we normally do, back into shape. So it's been really good."

North Hall was a bit quieter as only football players were working out at The Brickyard. Trojans' football coach David Bishop has been running five groups each day, split into two sub groups, to meet the GHSA and Hall County regulations.

The defensive backs were finishing up their field workout just after 8 a.m. on Thursday, while the lineman group lifted in the weight room. Bishop said this week has been promising, but hurdles still remain.

"It was great to have the ability to be closer to something like the real game and “normal” practice," Bishop said. "With social distancing in place, it is tough for a running team because you cannot do handoffs and work on timing and spacing. Your backfield cannot work on tracks and OL cannot work the steps, angles and tracks they need to do to be successful. In the end, we are thankful for the opportunity to be one step closer to “normal”.

The GHSA could allow football teams across the state to add helmets on July 6 and begin the annual acclimation period but hasn't made its usual mid-week announcement yet. Conley said he hopes the GHSA will make a decision very soon.

"I hope that they'll take some of the stipulations off, I know there will still be some, but we're just going to wait and see and make the best at whatever we can," he said. "Hopefully, it'll be clear to go after next week -- that's the hope."