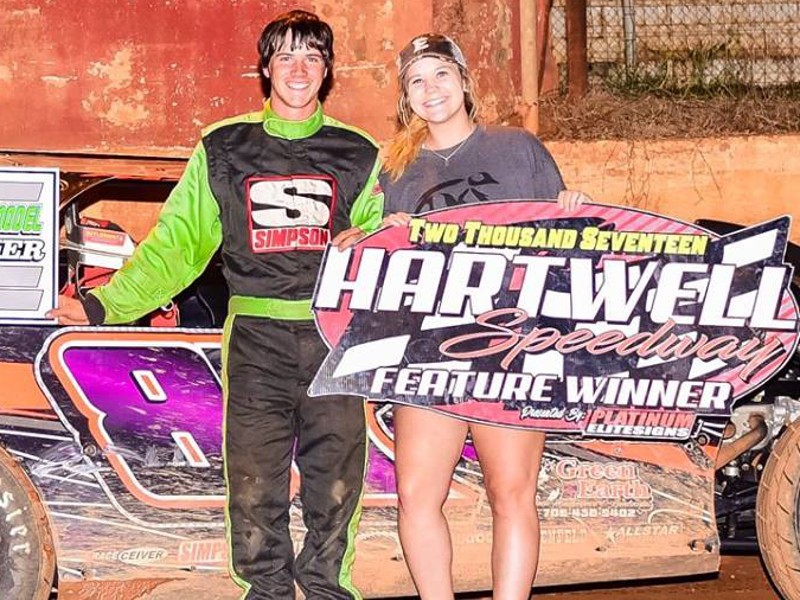 On Saturday night, he looked to start another trend with a win in the Limited Late Model feature at the 3/8-mile clay raceway.

The Hartwell, Georgia native beat out Bubba Russell for the victory, with Parker Herring in third, Mason Tucker in fourth and Danny Sanders in fifth.

In other action, Brandon Stroud took the victory in the Hobby feature. Drew Collins followed in second, with Jimmy Ivester in third, Cody Pritchett in fourth and Clay Thompson in fifth.

Jason Burton held off Johnny Pilgrim for the Modified Street feature, with Smokey Roberts in third, Jennifer Everett in fourth and Gordon Welch in fifth.

In the Stock V8 feature, Jeremy Jones and Daryle Mathison were flagged first and second on the track, but both were disqualified post-race. That moved Ricky Chamberlain to victory lane, with Jake Jordon, Seth Brown, Kenneth Mason and Keith Ross rounding out the top five.

Tyler Riddle took the win in the Stock 4 feature, followed by Scott Hollars in second, Kyle Braswell in third, Jacob Rhome in fourth and Jeffery Durham in fifth.

Randy Shaw was the winner in the Front Wheel Drive feature, with Brandy Tillman in second, Kalen Holmes in third, Joey Powell, Sr. in fourth and Kelly Cox in fifth.