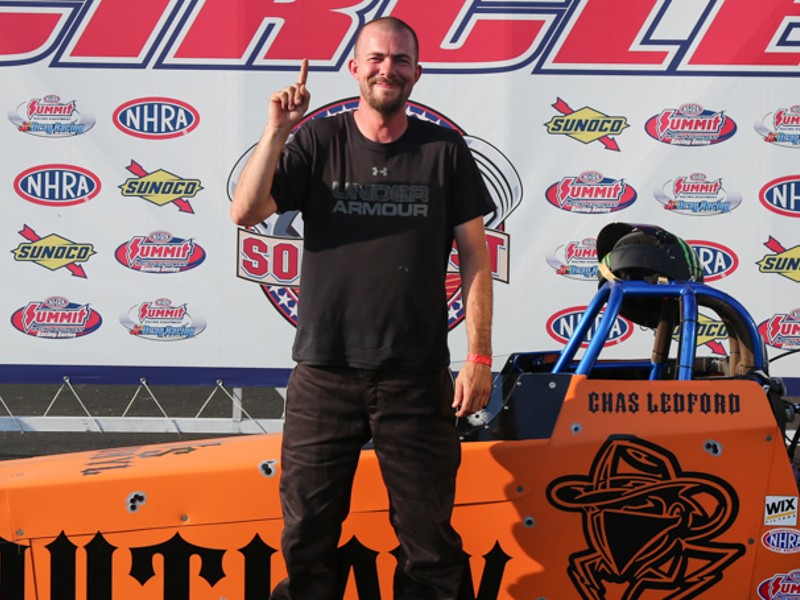 Ledford, a Commerce native, got the win when his opponent, Paige Brown, had a red light start off the line. But Ledford’s car broke just a few feet after he launched off the line.