Owens wins LOLMDS Clash At The Mag at Magnolia 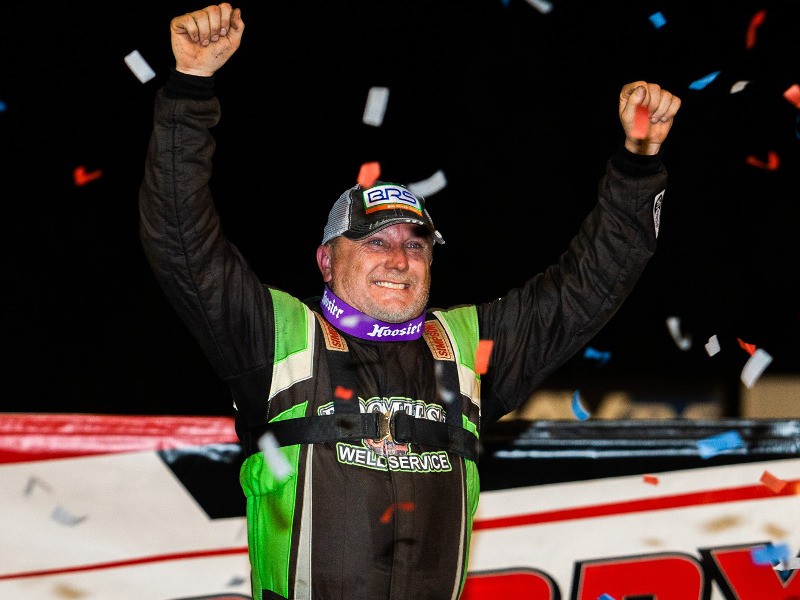 It’ marks the 67th career series victory for the Newport, Tennessee native, but his first in the Clash for the current series points leader.

Clanton finished just ahead of Josh Richards in third. Bobby Pierce finished in fourth, with Tyler Erb in fifth.

As the initial green flag dropped, Owens took the lead and Erb ran second for the first 13 circuits of the race. Clanton started fifth and made an early race challenge by climbing to the second spot around Erb on the 14th lap. Erb would pass both Clanton and the race leader, Owens on lap 16 to gain the top spot. Clanton then became the third new leader of the race as he went to the point on lap 18, but 4 laps later Owens powered around the leader, regaining the lead after a lap 22 restart.

Clanton and Erb chased down Owens as the leader was battling traffic. With the top three nose to tail and Clanton threatening to retake the lead, a caution came with 18 laps remaining. Clanton’s hopes for the win faded in the final laps as Owens went on to take the victory over Clanton by .570 seconds at the finish.

“This car was really just flawless this weekend,” said Owens. “We were so close to making it a sweep for the weekend. Thanks to all the fans who came out. When the track is slick like this, I think it makes for some better racing.

“We have a hard-working crew and it paid off in the end. Consistency is the key to our program this year. We’ve ended the last couple of seasons running great and we are really excited for the whole season. It is a whole lot better when you are running good. Maybe 2020 will be the year for car number 20.”