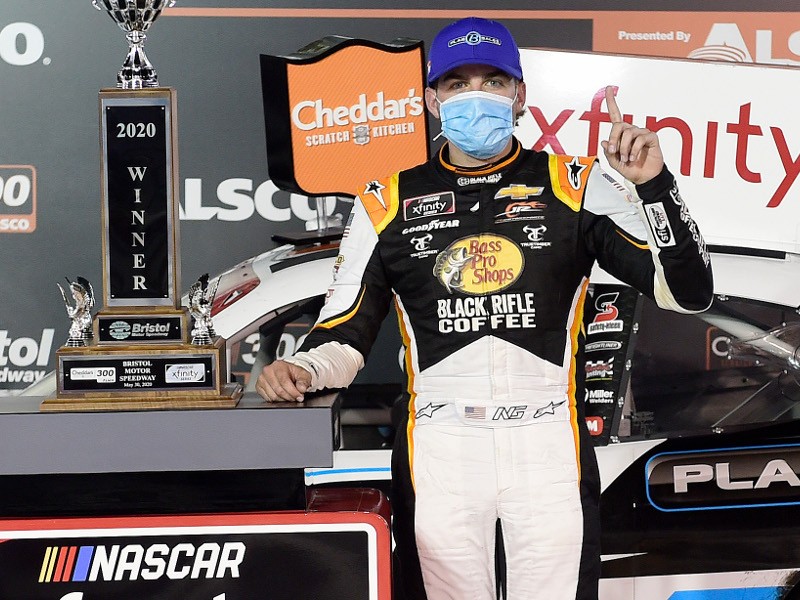 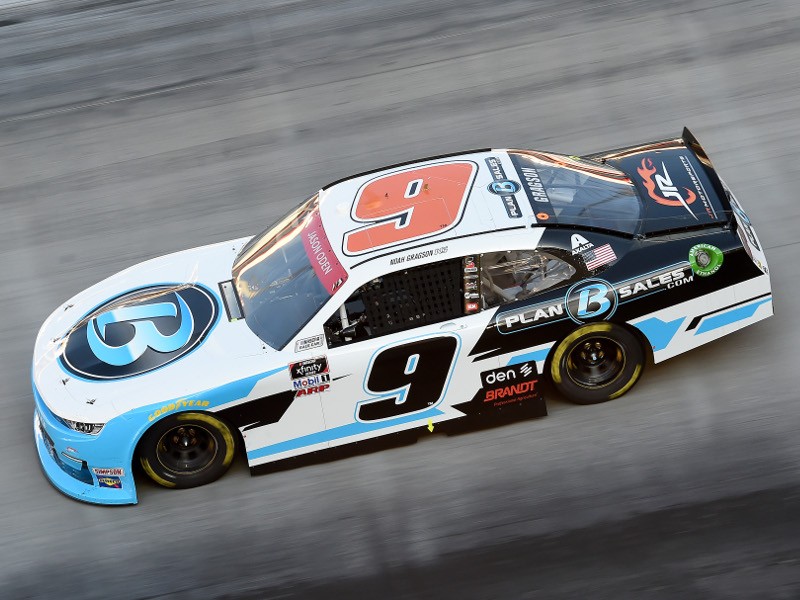 Noah Gragson held off Chase Briscoe after a bump-and-run with his JR Motorsports teammate Justin Allgaier to earn his second victory of the NASCAR Xfinity Series season in a frantic finish to the Cheddar’s 300 at Bristol Motor Speedway.

Gragson’s No. 9 Chevrolet edged Briscoe’s No. 98 Stewart-Haas Racing Ford by a mere 0.328-second for Gragson’s second victory of the season, matching his winning work in the Daytona season-opener. And his victory Monday night on the high-banked Bristol half-miler was equally as dramatic as the three-way finish he prevailed in at the big speedway this past February.

Allgaier, who led a race best 156 of the 303 laps, was leading the field when his 21-year old teammate Gragson caught up, pulled alongside and ultimately made contact sending Allgaier’s No. 7 Chevrolet into the wall and out of the race for an 18th-place finish. It marked the third consecutive Bristol race that Allgaier has led at least 100 laps and didn’t celebrate in Victory Lane.

As Gragson took the checkered flag he apologized on his radio to his teammate Allgaier as he thanked his team for the winning car.

“I really apologize to Justin and the 7 team, that’s not how I want to race but I saw a position open up, he kind of slipped off the bottom the lap before and I tried to get to the bottom and I just got too loose,” Gragson said following his win. “But one heck of a night for this 9-team.”

With their top-four finish at Bristol, Gragson, Briscoe, Jones and the rookie Burton have qualified for the first round of the four-race Dash 4 Cash incentive program that begins next weekend at Atlanta Motor Speedway. The highest finisher among those four in the Atlanta race will win an additional $100,000 and automatically earn a spot to try again for another big payday at the next race.

“Last year I don’t know if we ever qualified one time for it, this year is a whole new ballgame and I’m showing up to win races,” Jones said of the Dash 4 Cash opportunity, adding, “I think we’re going to be a competitor when we come to tracks that are eligible.”

Despite his disappointment in the outcome, the veteran Allgaier, gave a measured response to the situation telling the PRN radio broadcast, “The team did a great job getting us track position we needed. I’m more mad at myself for making a mistake and getting off the bottom, but yeah, we got wrecked.”

However, he made a point of adding, “There’s a lot bigger stuff going on in this world.”

The early stage wins went to both Gragson and Allgaier, with Allgaier really taking control of things around the race’s midpoint.

Several race favorites were taken out in a typically hard-nosed style of racing that comes at the famed Bristol high-banks with 12 caution periods for 85 laps.

Two drivers among the championship top five coming into the event – Ross Chastain and Austin Cindric made contact a mere six laps into the race – ending Cindric’s day and damaging Chastain’s Chevrolet enough to hamper him the rest of his night. Cindric finished 36th of 37 cars and Chastain was 28th.

The NASCAR Xfinity Series moves to the 1.54-mile Atlanta Motor Speedway for a doubleheader with the NASCAR Gander RV & Outdoors Truck Series on Saturday, June 6.