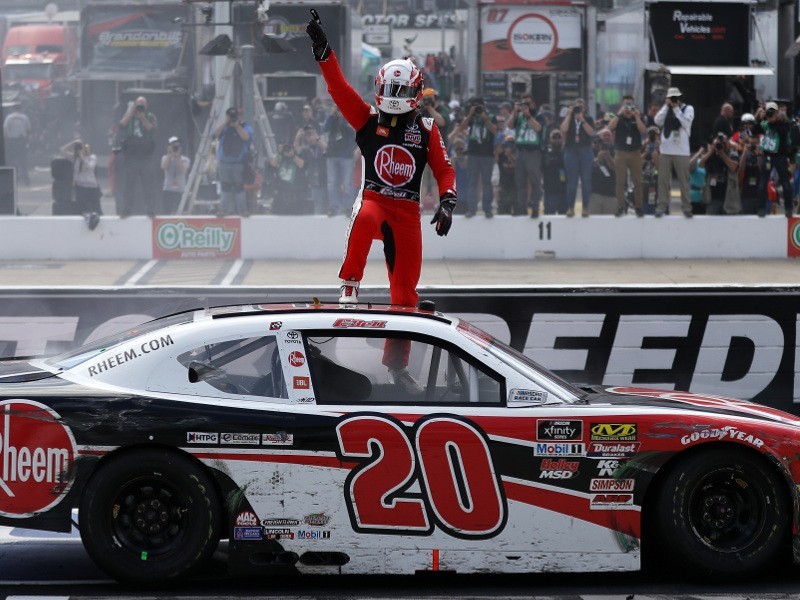 The NASCAR Xfinity Series season schedule may be a little unconventional as the sport responds safely to the world COVID-19 outbreak, but the racing on track remains as competitive and captivating as always.

This year’s championship battle has been especially tight among the sport’s brightest up-and-coming drivers with a steely veteran keeping them all honest.

Chase Briscoe – the only two-time winner of the year – collected his second victory at Darlington Raceway last week and now holds an eight-point edge over Austin Cindric atop the NASCAR Xfinity Series driver standings. The top six drivers are separated by only 33 points heading into Monday’s Cheddar’s 300 at Bristol Motor Speedway.

Fellow Ford driver Cindric started from pole position last August and finished fifth in the race. The 21-year-old has five top-10 finishes in six races this season and shown himself to be a factor weekly.

Both Briscoe and Cindric have had a lot of early season work to get past 19-year-old series rookie Harrison Burton in the standings who earned his first Xfinity Series trophy at Fontana, California in March. He has top-10 finishes in all six races to date including runner-up showings at Daytona and Darlington to go with his win and trails Briscoe by 17 points. Bristol has been an important track in his young career. He made his first Xfinity Series start in this race last year, starting fifth and finishing 10th in his debut.

Of those top six drivers in the standings, only Justin Allgaier has ever won at Bristol before. In fact, the 34-year old driver of the No. 7 JR Motorsports Chevrolet scored his first major NASCAR victory at the half-miler in 2010. The track has been a particularly strong suit on his resume with eight top-10 finishes in the last 10 races. The 11-time Xfinity Series race winner trails Briscoe by 33 points in the driver standings heading into this weekend.

“Bristol is a place that has always been special to me,” said Allgaier, who has earned five of his 11 career victories on tracks one-mile or shorter. “It’s where I got my first win and I’ve always felt comfortable on the track there from the day I turned my first laps. Last year, we nearly won twice there, but bad luck struck us both times. That’s definitely something you don’t forget and I know this Suave Men team is just as eager as I am to get back there and get another shot at ending the day in Victory Lane.”