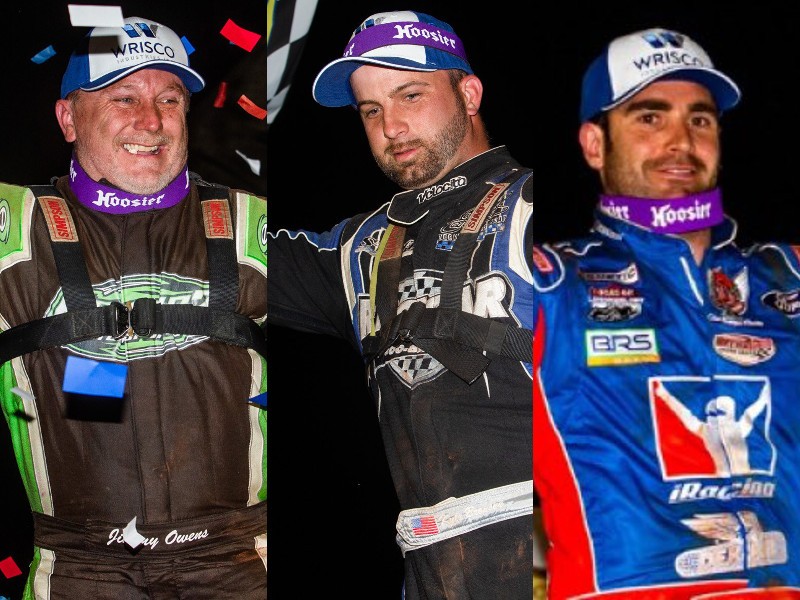 WAYNESVILLE, Ga. - The Lucas Oil Late Model Dirt Series restarted its season this week with a trio of races in the Peach State.

Jimmy Owens, Kyle Bronson, and Josh Richards each made trips to victory lane as the series ran on three different nights at Golden Isles Speedway in Waynesville, Georgia.

On Tuesday night, Owens took the lead from Brandon Overton on lap 32, and then pulled away for his 65th career series win. Mason Zeigler got by Overton on the final lap to finish second. Overton was third followed by Josh Richards in fourth and Devin Moran in fifth.

“The car was a little bit freer than I wanted it to be,” said Owens. “It had a push, so I had to rotate it a lot through the center of the turns a lot more than I wanted to. We made a couple of changes right before the feature and I felt like it really messed us up, but the car is still really, really good right now.”

On Wednesday night, Kyle Bronson took advantage of some late race misfortune on lap 30 and went on to lead the final ten laps en route to the win.

Bronson was running third when leader Devin Moran broke in turn four and made contact with second-place running Josh Richards. Richards’ car sustained a flat right front tire which forced him to the hot pit for a tire change. Moran went to the pits as his night was done.

Bronson then pulled away from second-place running Tyler Erb to pick-up his first series win of the season.

“It was kind of tough out there tonight,” said Bronson. “I hate what happened when Moran broke and Josh got into him. It was one of those days when we had a pretty good car, and everything fell our way. I felt like we lost a bunch of races during Speedweeks in February when we had really good cars and things didn’t go our way and I felt like today everything just fell in place.”

On Thursday night, Josh Richards picked up his first series win of 2020.

He led most of the race, until Mason Zeigler took over the top spot, but ultimately luck was on Richards’ side when Zeigler got into the turn two wall with two laps remaining. That handed the lead back to Richards, leaving him a clear path to victory lane.

Tim McCreadie followed in second place, with Jimmy Owens in third, Mark Whitener in fourth and Devin Moran in fifth.

“He (Zeigler) has come a long way. I don’t know if I could have gotten back around him,” Richards said in victory lane. “I was kind of a sitting duck. I couldn’t roll the corners good as I wanted to. I was kind of using the right rear a little bit. I was trying to find a good rhythm and once he got by me I was trying to turn the wick back up. He made a mistake tonight and Mason slipped up a little bit and I was able to hold off McCreadie at the end.”