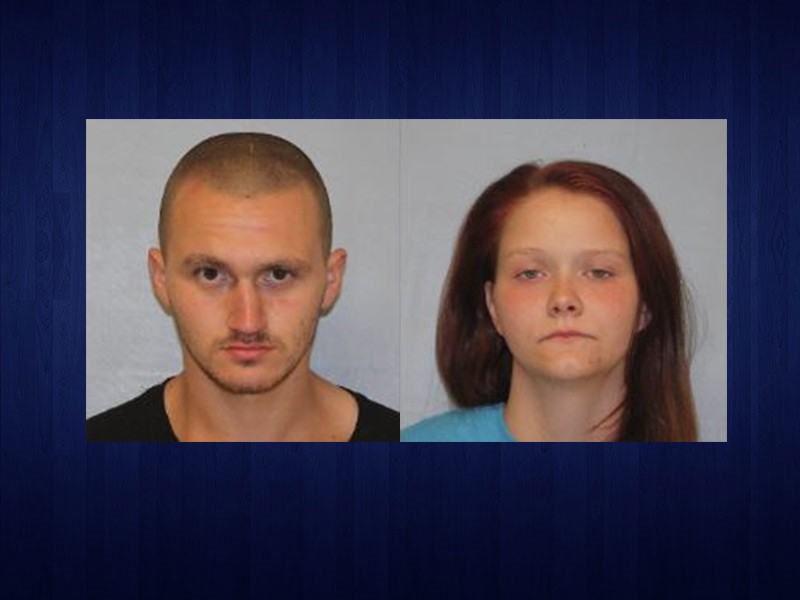 Two Gainesville residents are facing charges of child cruelty after fleeing a traffic stop and abandoning children in the process.

Justice Breanna Dermire, age 22, was driving a vehicle on the evening of May 20th with passengers including Zachary Allen Scott Franklin, age 20, two of Dermire’s stepsons ages 10 and another ten-year-old boy.

Hall County Sheriff’s Deputies spotted the vehicle and recognized Franklin as a suspect in recent thefts still under investigation. When deputies tried to stop the vehicle, Dermire sped away and later parked her car at her residence.

The adults left the vehicle and fled on foot into nearby woods, taking the children with them. Dermire and Franklin then abandoned the three boys in the woods and escaped.

Deputies found the boys uninjured and released them to family members. Dermire and Franklin were located Thursday morning and arrested. Both remained in jail as of Friday, May 22nd. They each face three counts of first-degree child cruelty. Franklin is also held on a Superior Court Probation warrant.

The case is still under investigation by the Hall County Sheriff’s Office.