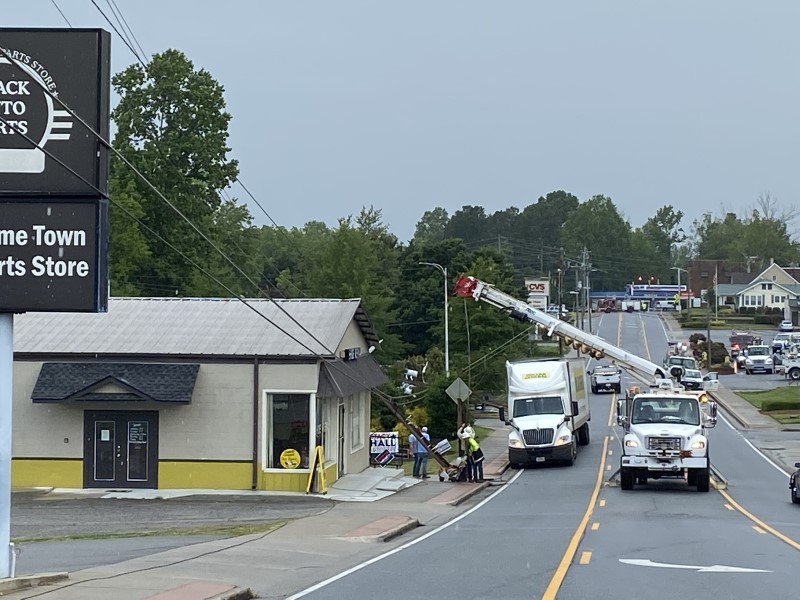 After a delivery truck became tangled in power lines near downtown Cornelia Friday morning, two utility poles had to be replaced.
Rob Moore 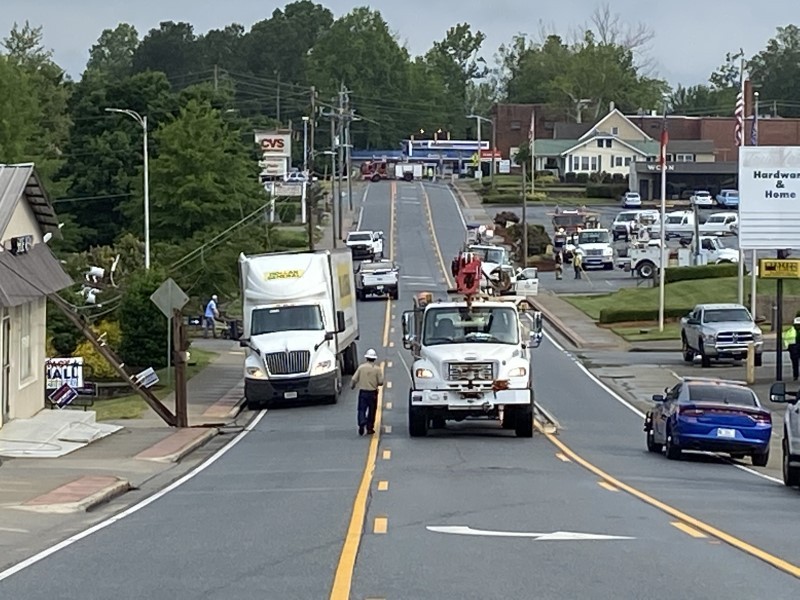 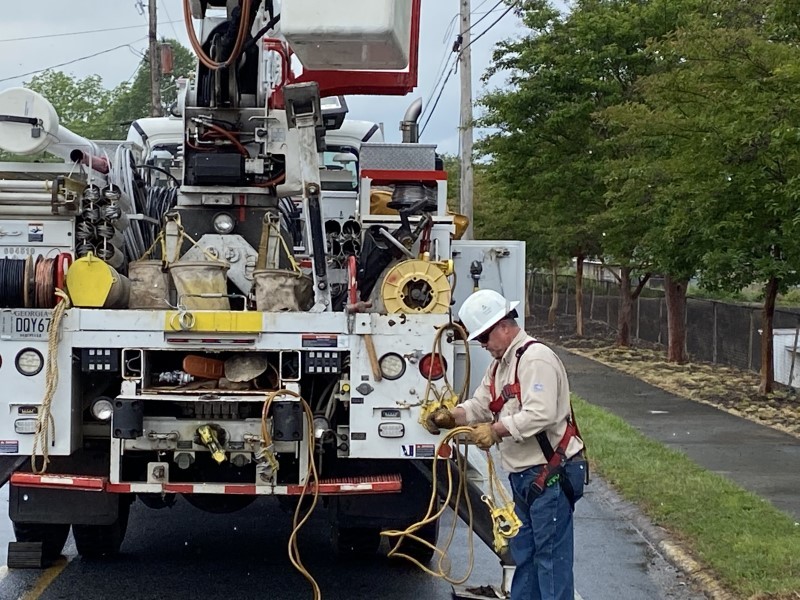 CORNELIA – North Main Street in Cornelia was closed most of the day Friday after a tractor-trailer took out power poles while attempting to make a delivery at Cornelia Plaza.

The 2019 International owned by Dollar General was traveling south on North Main Street, according to Georgia State Patrol Post 7 in Toccoa. The driver, Kenneth Sneed of Ellenwood, attempted to enter the private parking lot and the trailer became entangled in low-hanging utility lines.

“The resulting contact caused two poles to break and damage to a third,” the GSP report states. “One of the downed poles did minor damage to a structure at 369 North Main Street.”

Power was knocked out to a portion of the downtown area, and North Main Street was closed from Wayside Street to Galloway Street initially. That closure later was expanded to Chattahoochee Street due to line damage in front of the Cornelia Library.