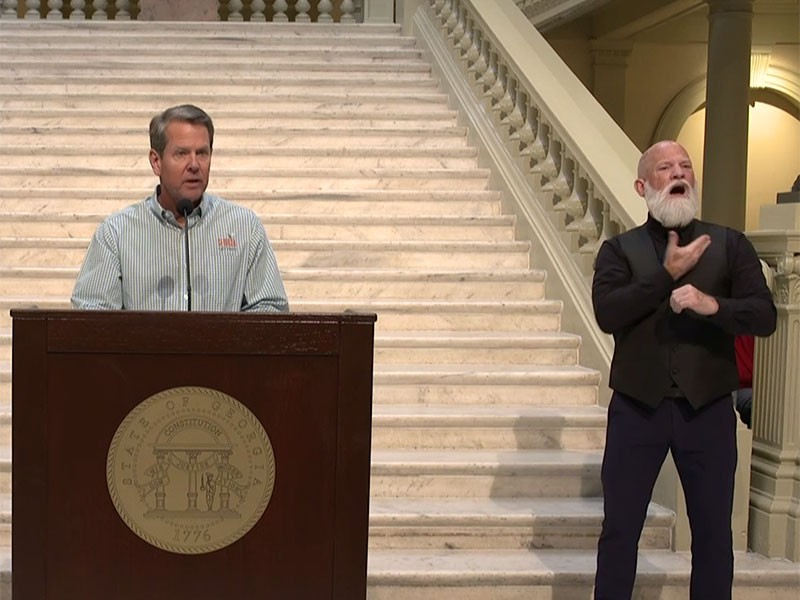 Gov. Brian Kemp assured Georgians on Thursday they can trust coronavirus data released by the Department of Public Health, even as he acknowledged that some errors have been made because the numbers have been collected and reported so quickly.

"They can be confident in the data," the governor said during his weekly coronavirus briefing. "But also, look, we're not perfect. We've made mistakes. When we do that, we'll own that, change it and make sure people are aware of that."

The data reported by public health officials has come under fire in recent weeks because of inconsistencies in the numbers of confirmed cases and death reported over time. Some charts on the public health website also inadvertently placed days out of order, given an inaccurate picture of whether cases were going up or down.

Earlier this week, the Columbus Ledger-Enquirer reported the department was including antibody testing in the total numbers of coronavirus tests conducted in the state. Those tests are not designed to test for active cases, officials have said.

Kemp said the state is making decisions based on data, science and the advice of public health officials. He said the public health department, led by Dr. Kathleen Toomey, is working around the clock to ensure the data is as accurate as possible.

"We are committed to full transparency and honesty as we weather this health care crisis," Kemp said. "Georgia families, businesses, local leaders and the press deserve accurate data."

Toomey said the department is trying to report data in as close to real time as possible. But in doing so, errors get through and must be corrected later. She cited an example of when the number of cases in Fulton County dropped by one case from one day to the next. Toomey said the number dropped because officials learned someone who tested positive actually lived in another county. The state reports cases based on the patient's county of residence.

"The integrity of our data is absolutely our number one priority," Toomey said. "We have to have transparency. We're continuing to work to improve all of our reporting systems. That's what's going to give us the ability to respond adequately."

Despite the data challenges, Kemp said he is encouraged by the number. He said the number of COVID-19 hospitalizations dropped below 1,000, a 38 percent decline since May 1.

With the Memorial Day holiday approaching, Kemp reminded Georgians that his social distancing executive order remains in effect. Officials have said they will be enforcing those regulations on lakes and in state parks.