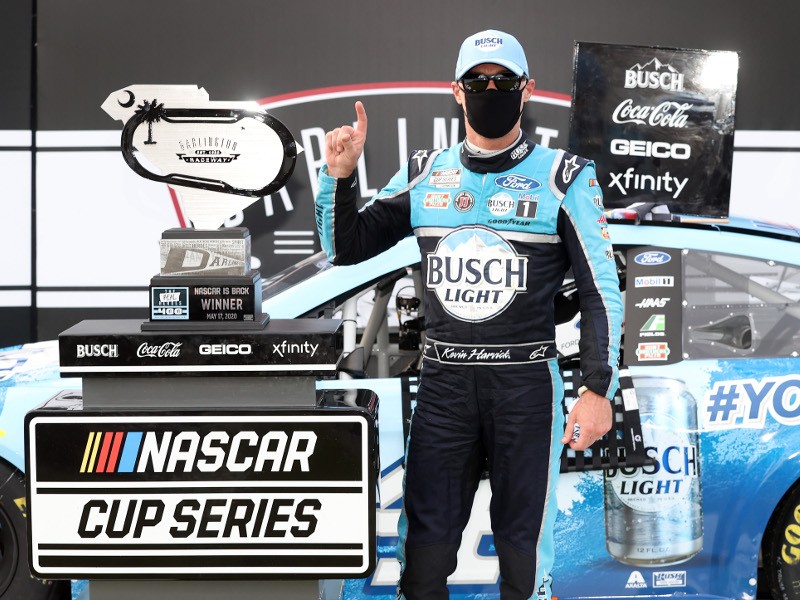 The photos showing Sunday’s The Real Heroes 400 winner Kevin Harvick standing by his shiny, hard-earned trophy in Darlington Raceway Victory Lane – wearing a facemask and flashing a victory sign – depict a new normal for the sport in reaction to the COVID-19 global pandemic.

What you can’t see are Harvick’s young children ecstatically celebrating in front of their home’s television set or the sport’s massive fandom high-fiving as a huge national television audience watched or listened to the race on NASCAR radio networks. The grandstands were empty, but hearts were full as NASCAR adeptly ushered in one of the first real-time sports competitions during these unusual and hyper-cautious times.

Social media was full of reaction from “first-timers” checking out the race broadcast, eager to see what NASCAR’s brand of racing is all about. And judging from the feedback – both from longtime fans and rookie race watchers – Sunday’s race action produced a lot of new converts. Most importantly, for the sport, it provided a dose of normalcy in what has become a rather unprecedented time – creating a lot of eager anticipation for Wednesday’s Toyota 500.

“Things actually went smoother than we could have expected, getting all the teams in,” NASCAR Executive Vice President, Chief Development Officer Steve O’Donnell said. “Inspection went well. All in all, a good day for the sport. Excited to be back. Hopefully the fans enjoyed it on television. Odd not having the fans in the stands but we know the fans were with us in spirit for sure.”

Former series champion Kurt Busch equaled his season-best finish (third) on Sunday and was still smiling sitting in his motor coach in the track’s infield as he participated in a video post-race teleconference with the media.

“The feelings, the nerves, the anxiety, the excitement, knowing we were in unchartered territory. I would call today a success all the way around,” said Busch, who drives the No. 1 Chip Ganassi Racing Chevrolet.

A lot of eyes were watching, from longtime loyal fans to potential new fans eager to see what NASCAR was all about. The viewership also included the country’s other major sports leagues curious to see how NASCAR initiated its return and how it fared.

And the initial reviews have been positive.

There was certainly plenty to take in on Sunday with former champions such as Harvick, Busch and Brad Keselowski sparing with talented young drivers such as race runner-up Alex Bowman and Chase Elliott.

The 1.366-mile egg-shaped Darlington track is one of the oldest facilities that NASCAR competes on and its unique shape and challenge-set has traditionally made it one of the toughest venues on the NASCAR Cup Series circuit. That innate complexity certainly made for an interesting first few competitive laps back.

Ricky Stenhouse, Jr. spun out before finishing the first lap and seven-time NASCAR Cup Series champion Jimmie Johnson – who is retiring from fulltime competition at the end of the season – crashed out while leading the field as he approached the checkered flag during the first of the race’s three stages.

Ultimately, drivers and teams – whose members had not spent any time in proximity for the last two months – settled in and the racing was intense and the outcome hard-earned.

That intensity may have been especially true for a couple of competitors. Ryan Newman was back behind the wheel of the No. 6 Roush Fenway Racing Ford for the first time since being injured in an accident in the Feb. 16 Daytona 500. He ran among the top 10 – even scoring points in Stage 1 – and finished 15th.

It was also Matt Kenseth’s season debut in the No. 42 Chip Ganassi Racing Chevrolet – the former series champion is replacing Kyle Larson behind the wheel for the remainder of the season. It was Kenseth’s first NASCAR Cup Series race since the 2018 season finale and the popular veteran finished 10th on Sunday.

“First off, thanks to NASCAR and everyone else involved in working to make today happen,” said Kenseth, the 2013 Darlington winner. “Overall today turned out really well for us. The first few laps were kind of nerve-racking, but then it was sort of back to racing and thinking about what we needed to be better.”

Kenseth added, “It’s always a good feeling to get a top-10 finish at a place like Darlington, but to have done it under these circumstances feels that much better.”

With the first race back under their belts, the drivers felt genuinely and openly optimistic that Wednesday’s night race at the track deemed ‘too tough to tame’ would be another can’t-miss show. Harvick – who led a race high 159 laps on Sunday and beat Bowman to the finish line by 2.154-seconds – is looking to score his ninth consecutive top-10 – dating back to last season.

He is one of only two drivers to win multiple times in the last 15 Darlington races (also Hamlin). Two-time winners Harvick, Hamlin and Johnson are the only multi-time race champs in the field.

With no qualifying or practice on track, NASCAR has determined the starting lineup for Wednesday night’s race. The top-20 finishers from Sunday will be inverted for Wednesday’s event. The bottom 20 finishes will start from their Sunday finishing positions. That means Sunday’s 20th-place finisher, JTG Daugherty Racing’s Ryan Preece will start from the pole position alongside 19th-place finisher, Germain Racing’s Ty Dillon.

“Everybody’s excited about being back, but there’s still that awkwardness of not wanting to screw anything up,” said Harvick, who earned his 50th career victory on Sunday. “We didn’t really want to communicate closely or do anything that might look wrong. I think today’s message was really important to be able to make sure it was sent correctly.

“We all talked about it before we got in the car today, just about how excited we are to be back at the racetrack. Even if we’re just talking to each other on the radio, at least we’re at the racetrack performing and doing what we love to do.” 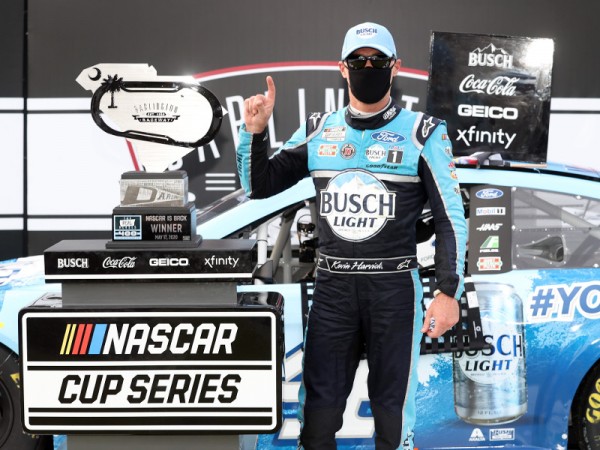 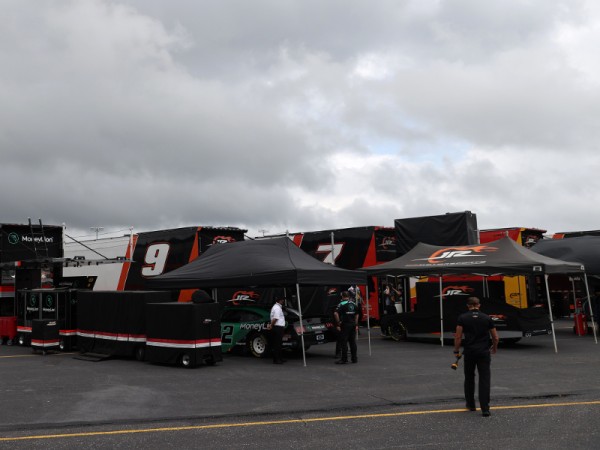 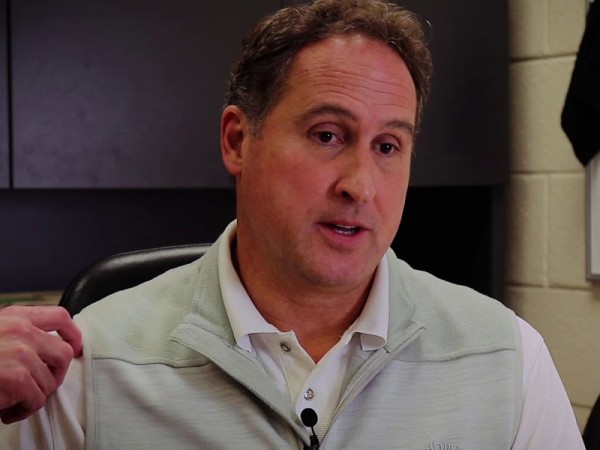 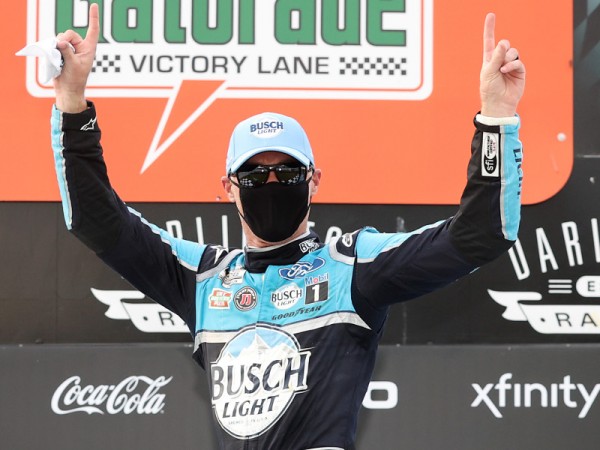 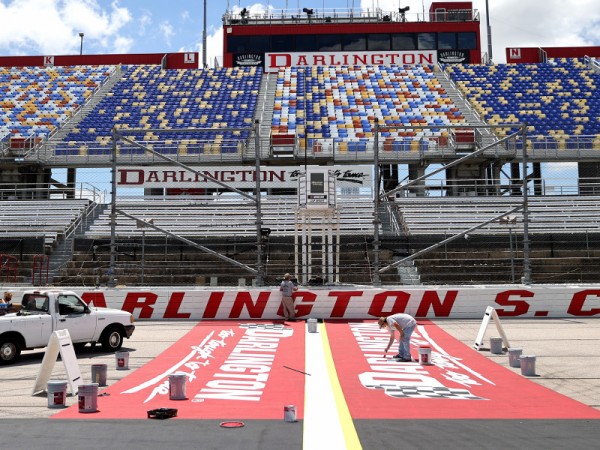 Darlington Raceway ready to host NASCAR’s return
After a nearly two-month interruption in the competitive schedule, the NASCAR Cup Series will return to racing Sunday at the sport’s historic Darlington Raceway in The Real Heroes 400. 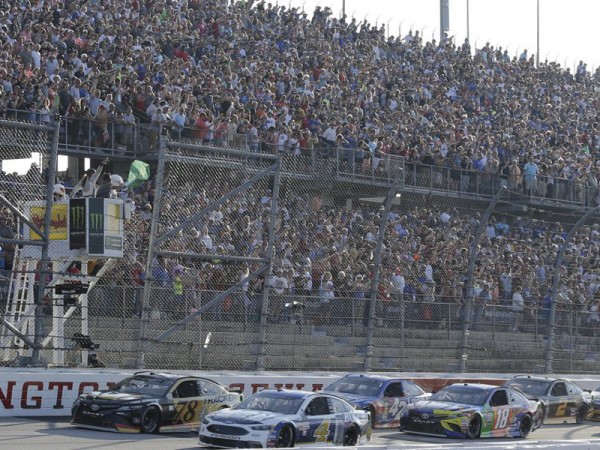 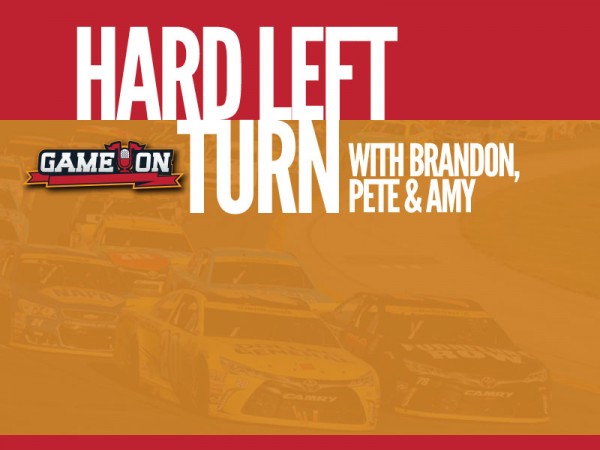 PODCAST: Hard Left Turn - Hamlin scores victory at virtual North Wilkesboro
With the return of NASCAR racing on the horizon, our Hard Left Turn crew is ready to get you up to speed. 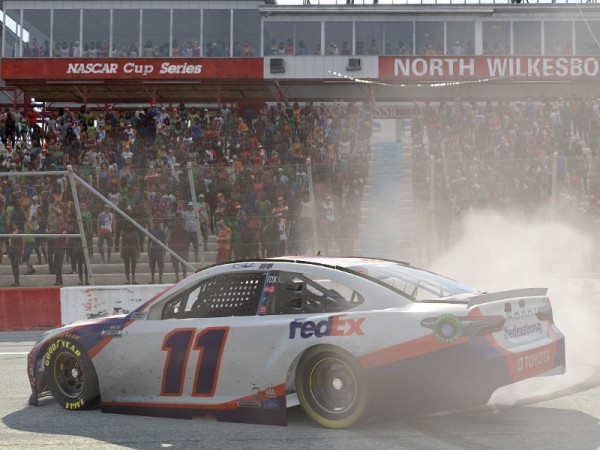 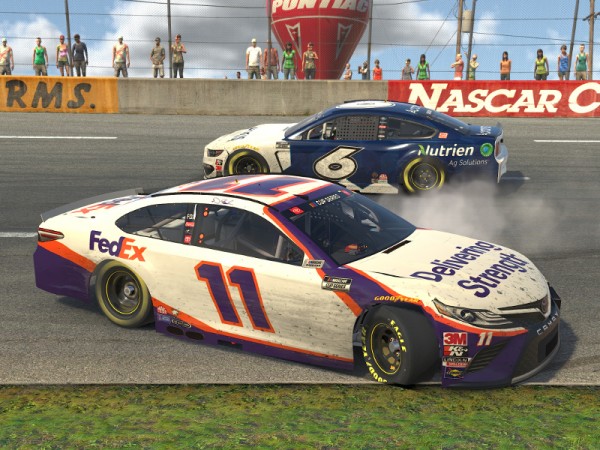 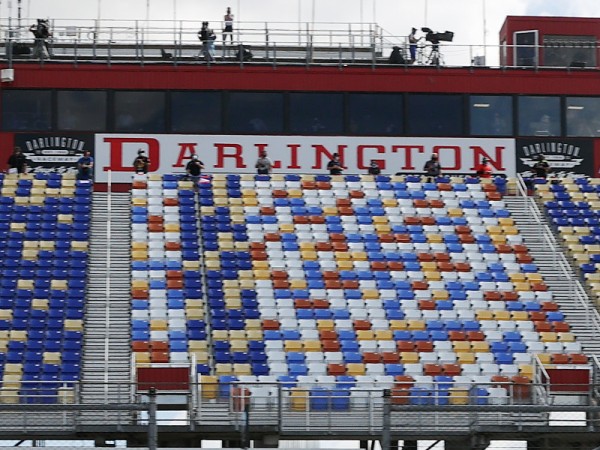 NASCAR Xfinity Series set to resume at Darlington
NASCAR’s Xfinity Series drivers are eager to resume the race schedule on Tuesday night with the Toyota 200 from Darlington Raceway – the second major NASCAR race to take place since...
By Holly Cain-NASCAR Wire Service 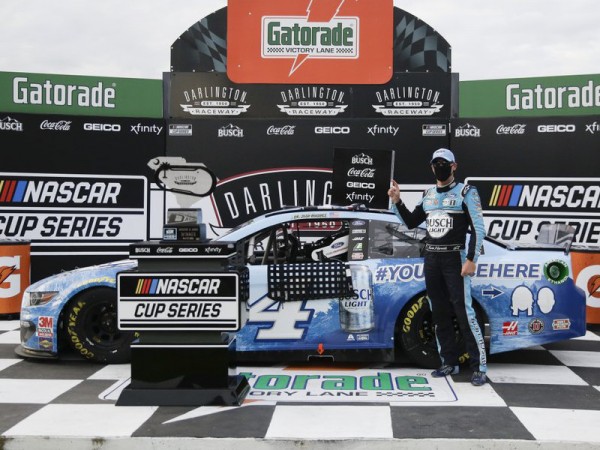 PODCAST: Hard Left Turn - Harvick tops Darlington in NASCAR return
There may not have been any fans in attendance, but Sunday's race at Darlington marked the return of NASCAR Cup Series racing.
By AccessWDUN Staff 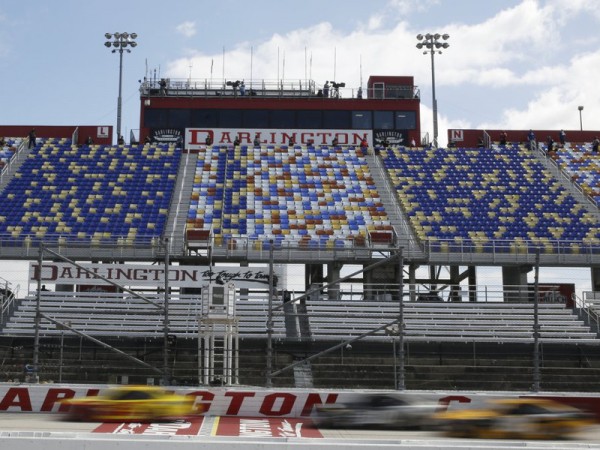 NASCAR fans outside Darlington: 'Time to hear the engines'
Tammy Gandy grew up around Darlington Raceway and remembers a time when the greats like Richard Petty would show up each year at her aunt’s house for some homemade biscuits.
By Pete Iacobelli - AP Sports Writer 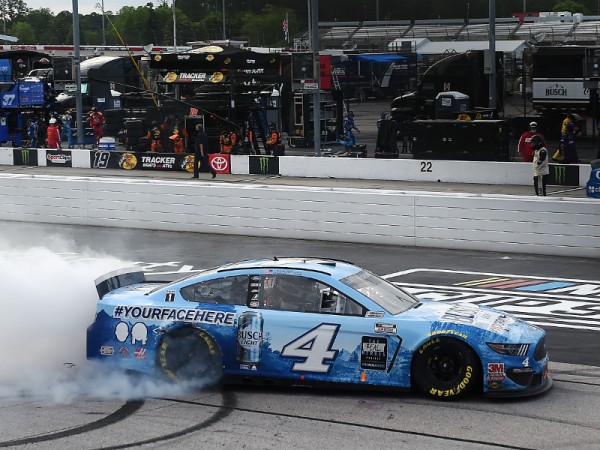