Clarkesville could assume maintenance of gazebo, memorial from county 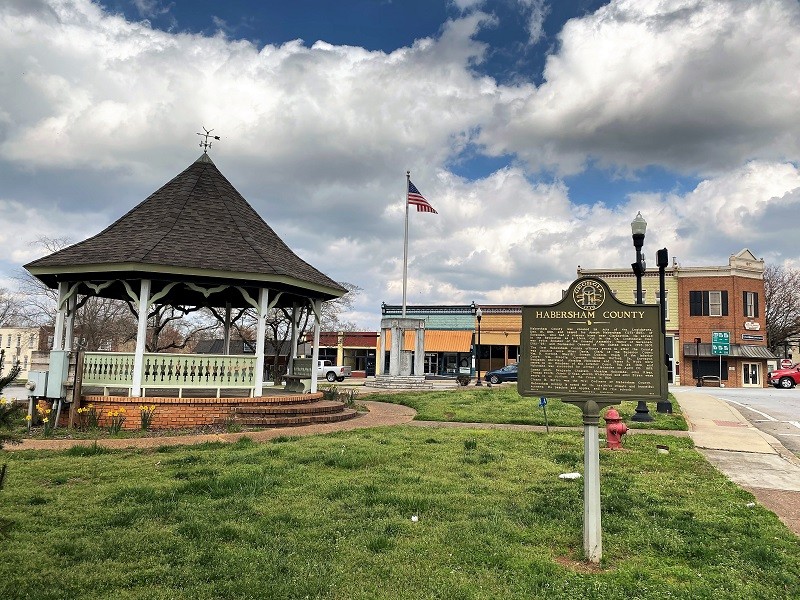 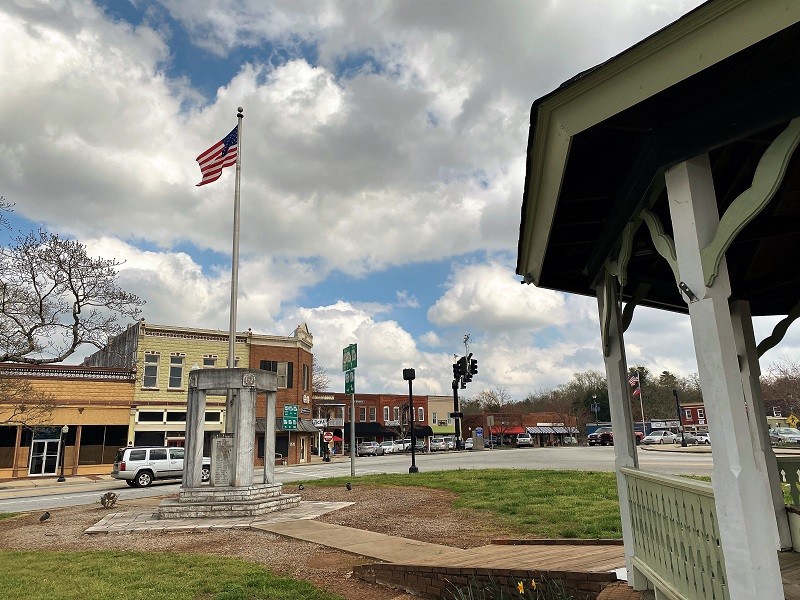 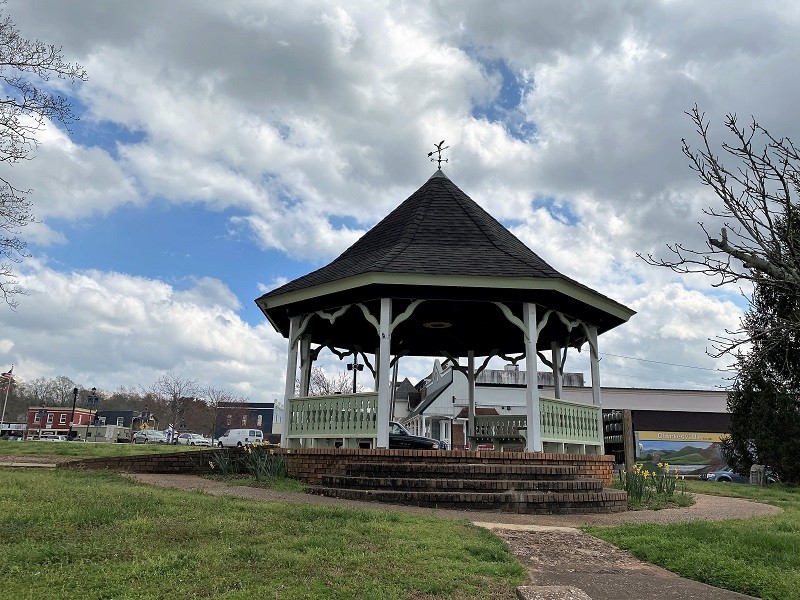 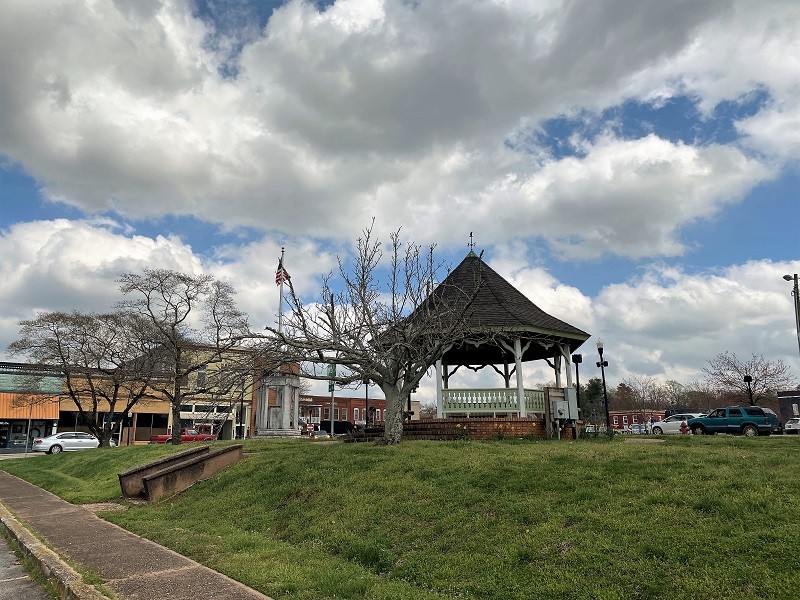 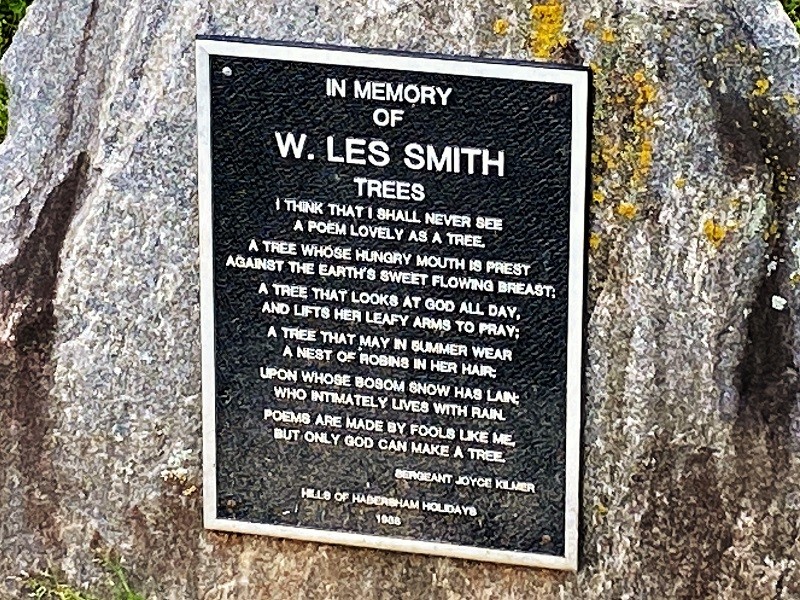 Located on the north side of the Clarkesville square, the greenspace area features the downtown gazebo, the Habersham County Killed in Action Memorial and the City of Clarkesville’s Christmas tree.

Aycock said the city would like to take over maintenance of the property immediately, but ideally that would be through transfer of the parcel.

“Really, it might make sense for the City of Clarkesville to own that property,” Aycock said. “Our Christmas tree is there and the gazebo, then of course there is the veterans’ memorial.”

Aycock said there are safety issues on the property, which currently belongs to Habersham County.

Aycock said Clarkesville’s Main Street Board wants to enhance the city’s downtown, including new landscape design around that property “to really spruce it up”.

Aycock said city leaders feel it would be easier to justify spending money on the property if it belonged to Clarkesville.

“Although we might could still do it with the county maintaining ownership, I think we would feel much more comfortable with spending money over there if it belonged to the city,” Aycock said.

Aycock said the memorial to the county’s military personnel killed in action desperately needs to be cleaned and the city has the resources to begin that immediately.

“We know how to clean that, and we will be happy to get that memorial looking absolutely pristine,” Aycock told commissioners. “I don’t know what else the VFW would want to do with it, but I can assure you we will get it cleaned and get it looking like it should.”

Commissioner Tim Stamey said the memorial is important to him personally.

“I’m a native of Clarkesville and I can tell you that may be on county land, but it’s always been a place for Clarkesville, being right there in the square,” Stamey said. “Personally, that memorial means a lot to me and has meant a lot to me my whole life and I worry about moving that, because I know some people talked about moving it.”

Stamey said his concern is moving the memorial because of the risk of causing serious damage to it because of its age and complexity.

“I’d like to see us turn that over to Clarkesville and let them take care of it,” Stamey said.

Commissioner Dustin Mealor agreed with Stamey, directing his remarks at the gazebo.

“Growing up, that was always a part of Clarkesville,” Mealor said. “I never even thought back then that it was a Habersham County structure. It’s just kind of a mainstay there in downtown. I mean you go to Clarkesville and you expect to see the gazebo, so I’m perfectly fine with us handing over that small piece right there to the city.”

The purchaser of the old Habersham County Courthouse expressed no interest in the parcel where the gazebo, Christmas tree and memorial are located.

County Manager Phil Sutton pointed out the county would want the city to ensure continued access to the county’s property via the city access street beside the gazebo parcel, which also provides parking for the area.

Commission Chairman Stacy Hall read an April 2 letter to the group that was sent to Commissioner Jimmy Tench from the Habersham County Veterans Wall of Honor Committee, the group responsible for the memorial located beside the Habersham Chamber of Commerce in Cornelia.

In that letter, members of the committee said the option of relocating the KIA memorial to the Wall of Honor site in Cornelia would provide challenges. Other options listed by the committee included possible relocation to the current Habersham County Courthouse or the new Habersham County Administration Building.

“I think I would agree more in line with Commissioner Stamey’s point, in that as far back as most folks can remember it’s been in that location,” Hall said. “I worry about moving old monuments like that that have a habit of bad things happening when you move stuff. If the city is willing to take that property over and maintain that monument properly, I would have no concerns about leaving it there.”

“Then, at some point down the road, if the veterans still want to move the memorial, they certainly still can,” Aycock said. “I would say give us the opportunity to see what we can do with it, and then they can decide later if they still want to move it.”

After confirming there was consensus among commissioners, Hall directed Sutton to work with County Attorney Donnie Hunt to draft a document or other supplemental material for discussion with the City of Clarkesville on how best to move forward with the process.

Once a legal document is prepared, the commission will take a formal vote on whether to turn the parcel over to the city.