NASCAR fans outside Darlington: 'Time to hear the engines' 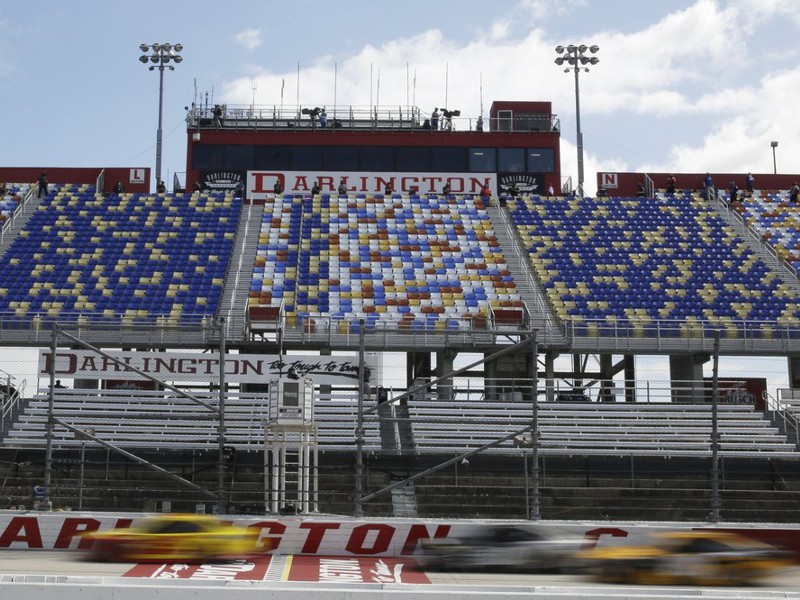 DARLINGTON, S.C. (AP) — Tammy Gandy grew up around Darlington Raceway and remembers a time when the greats like Richard Petty would show up each year at her aunt’s house for some homemade biscuits.

“He used to say there were none better,” Gandy said.

And the sun-baked crowds, none bigger in these parts. So after years of seeing the hubbub and hullabaloo that always led up to raceday, she laughed when asked to compare that to this year’s scene.

NASCAR was back at Darlington on Sunday and even attracted some passionate tailgaters - despite knowing they couldn’t get inside to watch the first race since the coronavirus pandemic shut down the sport in March.

“It’s about time to hear the engines and smell the gas fumes,” fan Dennis Nobles said.

People rented houses across from the 70-year-old track and showed up to its famed Raceway Grill outside turn two simply to be near an event they missed the past two months. NASCAR was dark for the past 10 weeks, the only glimpse of racing coming virtually during a series of gaming events.

But this was the real thing, minus the full throng of supporters who attend each year.

The eatery held a watch party and patrons cheered, yelled and clapped when they heard the loud roar of engines. They played by the rules, too - picnic tables were appropriately spaced to comply with social distancing.

Some fans walked across the street to the track’s perimeter fence simply to be as close as possible to the action.

“There’s no doubt this shows the loyalty of NASCAR fans,” restaurant owner Tony Baird said. “They didn’t want to stay home for this.”

Baird plans to have similar setups for the Xfinity race Tuesday night and the second Cup race at the track on Wednesday night.

But, it clearly wasn't business as usual.

Parking fields typically packed with eager race fans were empty and the long rows of racing souvenir stands were missing from the track known for being “Too Tough To Tame.”

Instead, the only tables set up to sell flags and T-shirts were ones for President Donald Trump-related merchandise.

There were checkered flags in place for more than a mile along the main road leading to the track as an electronic billboard flashed, “NASCAR is Back at Darlington Raceway.”

“This is a different event,” Darlington Raceway president Kerry Tharp said. “It’s amazing how everyone (in NASCAR) came together to make it happen.”

Dennis Nobles of Aynor, a small town about an hour east of Darlington, wasn’t going to let the no-fan ban stop him from attending. He was among a group of five who rolled up in a motor home at an RV park outside of the track’s start-finish line and planned to soak in the atmosphere while watching on TV.

Nobles, 56, has been attending races at Darlington since the early 1980s and wanted to support the sport’s return. Other fans came from much farther away to take in NASCAR’s first race since Joey Logano won at Phoenix on March 8.

John Holland, 53, flew in from Chicago and tailgated with friends at a home right across the street from the Raceway. He’d attended races at Chicagoland and Michigan in the past and didn’t want to miss this one.

Holland was set up with several friends from Darlington.

“This is something I’ll never forget,” he said.