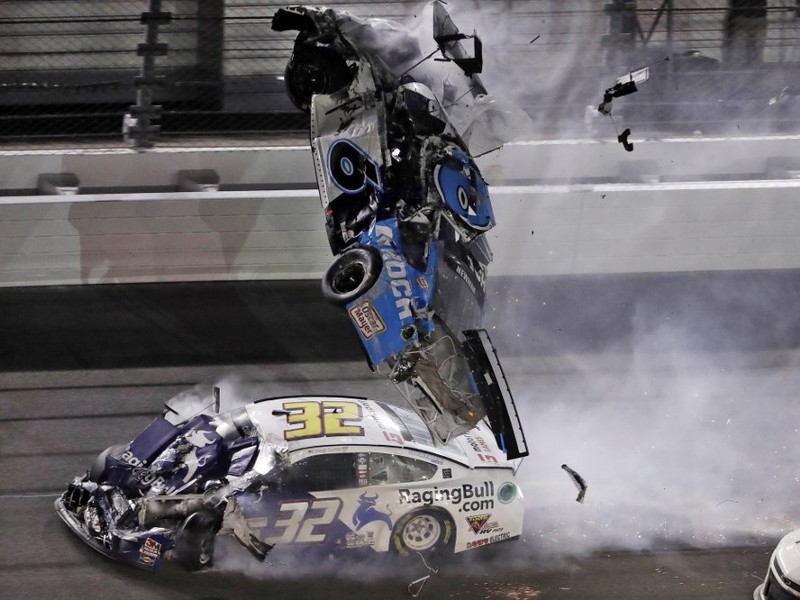 CHARLOTTE, N.C. (AP) — Ryan Newman says he has no memories of his harrowing accident on the final lap of the Daytona 500. He doesn't remember being in the hospital, who came to visit or anything else about his two-night stay for treatment of a head injury.

The first thing Newman can recall is walking out of a Florida hospital holding hands with his two young daughters. When he later watched a replay of the crash, he was flabbergasted by the violence of the wreck.

“As I watched the crash and had to make myself believe what I had went through, I really looked to my dad to say, ‘Hey, did this really happen?’” Newman said Thursday. "It’s crazy. I’m happy I’m here.”

It's a remarkable recovery from a frightful flight down the final stretch at Daytona. Newman was bumped from behind and his Ford Mustang made a sharp right into the wall, went airborne and was hit again by Corey LaJoie as the crumpled wreckage tumbled along the track with Newman inside.

Newman doesn't know if Lajoie's car compromised his cockpit. There is no definitive video showing how his head-and-neck restraint system was damaged or how his helmet was “crushed.”

"Everything happened really quick and everything was all in that compartment, basically, and I guess it would be like a case of high-quality whiplash that kind of happened when I was hit.”

He was sedated, he said, almost immediately to calm him and ultimately keep him settled so that his brain could heal. He said he suffered “a brain bruise.”

“I kind of put it in layman’s terms of having a bruised brain because everybody knows what a bruise is,” said the Purdue engineering graduate and Indiana native. "You can’t see a concussion. It’s just a medical diagnosis. But a bruise you can see.

“So I kind of self-diagnosed myself with that bruised brain because the reality is you need to give time for a bruise to heal and that’s what I needed was time for my brain to heal.”

His return coincides with NASCAR's return to competition this weekend. The series will race without spectators at Darlington, Newman's favorite track.

He was healing fast enough three weeks after the accident that Roush-Fenway Racing took Newman to NASCAR's oldest superspeedway to test. It was before the shutdown and the eight postponed races kept Newman in contention for a playoff spot. He's 29th in the standings after four races and still eligible to race for the championship.

Newman said he was eager to get back into the car when he tested in March.

Newman, long known as the hardest driver in NASCAR to pass, said he's race fit for Sunday's event on one of the most technical tracks in the series.

“I’m hoping to do every lap and then one more after that — I think they are having a victory lap still," he said.