NASCAR Cup Series geared up for return at Darlington 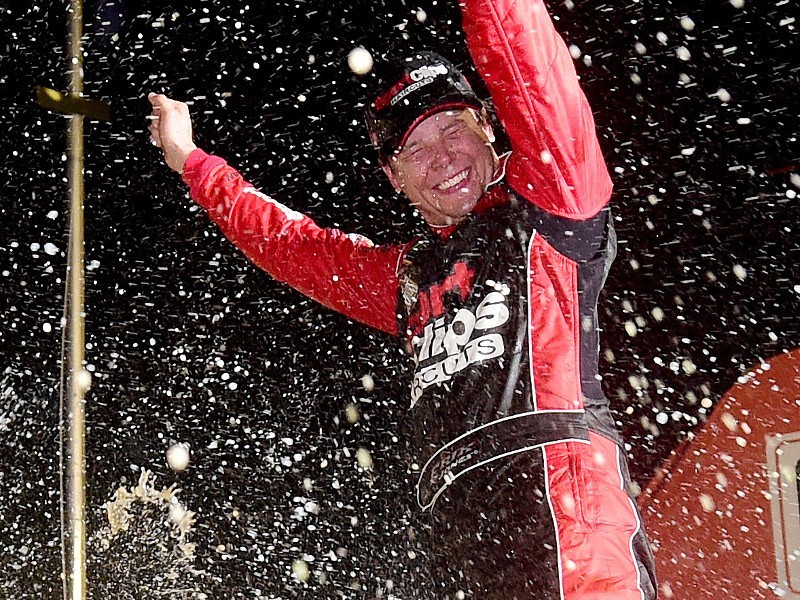 This Sunday, May 17 at Darlington Raceway the NASCAR Cup Series returns to racing for The Real Heroes 400, marking the first race back since the pause in live sports due to the COVID-19 pandemic over two months ago.

As the sport makes its return, it will honor frontline healthcare workers in partnership with The Real Heroes Project, an initiative by 14 sports leagues to recognize and honor medical professionals in the fight against COVID-19.

In association with FOX and the race teams, each driver’s name above the window will be replaced with the name of an individual healthcare worker currently battling the pandemic as a thank you for their dedication. The healthcare workers will also appear in an on-air mosaic to simultaneously give the command for drivers to start their engines.

The series was four races in when the pause in the schedule took place, but the industry jumped into action introducing a whole new virtual world of racing competition. The eNASCAR iRacing Pro Invitational Series was setup to give drivers and fans a sense of normalcy and their racing fix. The series took the sports world by storm and was a competitive and fun way to spend the downtime. But now that racing is back, the drivers are more than ready to get back in their cars.

“That’s the random factor where you never know what can happen, but I feel like at the same time all of us are going to be very courteous to one another, especially getting going, and making sure we don’t do anything foolish early on to make it look really bad,” said Ryan Blaney, driver of the No. 12 Team Penske Ford. “But I have confidence in the whole field. They’re all really good drivers and I think we’ll be ready to put on a good show.”

Pit selection and the starting lineup will be different and based on random draw and owner points. Pit stalls will be picked in advance and the pit boxes will be in the stalls already when the teams arrive.

As far as the starting lineup, positions 1-12 will be chosen by random draw from charter teams in those positions in owners points followed by 13-24 and 25-36 chosen the same way. Position 37-40 will be for open teams in order of owner points.

The stage lengths were announced last week. The first stage will end on lap 90, second stage on lap 185 and the race is targeted for 293 laps total making the final stage 108 laps.

Stewart-Haas Racing’s Kevin Harvick, however, is currently leading the points standings just one point ahead of second place Joey Logano. The Hendrick Motorsport’s trio of Chase Elliott (third), Bowman (fourth) and Jimmie Johnson (fifth) round out the top five in points. Harvick has finished inside the top-10 in all four starts thus far, the only driver to have done so in 2020. Stewart-Haas Racing has three of their drivers in the top 15, currently, and Team Penske has all three drivers sitting in the top 10.

Sunday’s Real Heroes 400 will not have any practice sessions or qualifying prior to the event, so the drivers will not have the normal seat time they are accustomed to leading up to the green flag.

“I think it’s going to be a little tough jumping back into the swing of things after, I think I counted 62 days off,” Blaney explained. “But I feel like everyone will be pretty responsible getting going, being smart. Even though it’s not a super-long race, you’ve still got time to work on your car, especially at the competition caution.”

It may not have been the “official” NASCAR offseason, but during the downtime the sport received some exciting news.

Ryan Newman, driver of the No. 6 Roush Fenway Racing Ford, has been cleared by NASCAR to return to racing after sustaining injuries in a last-lap wreck during the season-opening Daytona 500. This weekend’s race will mark his first-time back since the accident.

“I’m so excited and thankful to be healthy to get back into the race car. I am thankful for all the people and support that have prayed for me and given me a multitude of miracles. I cannot think of a better track to start back at than Darlington, my favorite track and one we feel confident in. I’m excited to get back behind the wheel of the Oscar Mayer Ford,” Newman said.

Matt Kenseth is also making a return to the Cup Series starting Sunday with Chip Ganassi Racing. Kenseth will pilot the No. 42 Chevrolet for the remainder of the 2020 season, replacing Kyle Larson for the team.

This will be Kenseth’s first start since the 2018 season-finale at Homestead-Miami Speedway. And the it will the first time he has piloted a Chevrolet in the NASCAR Cup Series. Without a doubt the 2003 series champion is excited to get back behind the wheel.

“Certainly, the learning curve is going to be steep. I know being out of the car that long, starting with a different team and piling on top of not being able to practice for the foreseeable future, or testing and anything like that, is going to be very challenging,” Kenseth told the media in a NASCAR teleconference on Thursday.