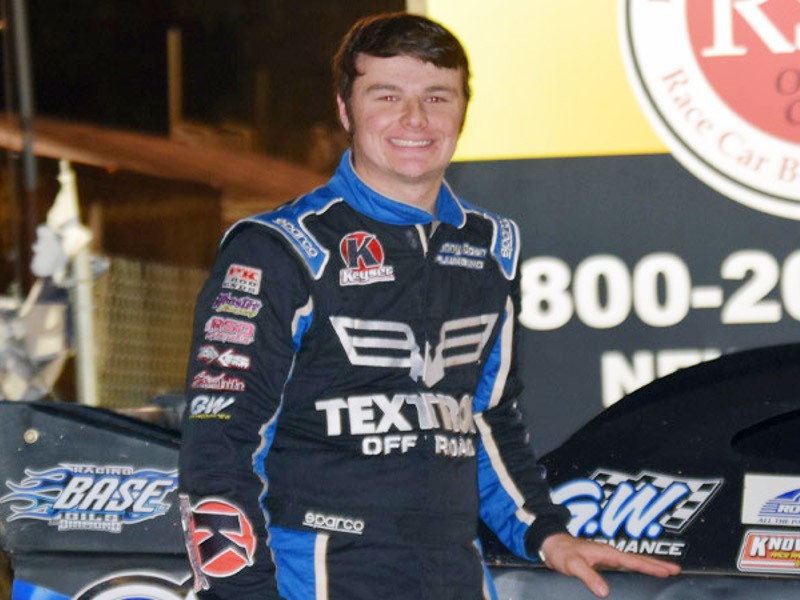 The event at the 3/8-mile clay oval way run without fans in the stands as the state continues to cope with the COVID-19 crisis.

Winger, from Hampton, Georgia, snagged the lead from pole sitter Landon Bagby just past the halfway point of the feature, and led the rest of the distance en route to the victory.

“It’s way different than 48 hours ago,” said Winger. “I know this is Limited, but a little over 48 hours ago we were not very good. We did not do a very good job all night, and we ended up pretty bad in that Super race. I feel better here tonight.”

Clint Smith finished in second, with Bagby in third, Rucker Orr in fourth and Maddie Crane in fifth.

The duo began battling after working their way around pole sitter Colby Darda. Knowles and Pollard would exchange the lead multiple times over the following laps. Knowles was able to wrestle away the lead before he and Pollard encountered lapped traffic, which allowed him to hang on for the victory.

“Me and Bubba threw three or four slide jobs for a couple of laps,” said Knowles. “I beat him out of the corner, and I knew if I could stay on the bottom, I could probably sew it up, and that’s where we stayed.”

Darda finished in third, with Cruz Skinner in fourth and Mason Massey in fifth.

Connor Younginer took the lead in the Charger feature on lap six, and went on from there to score the win. Jamie Godbee, Carson Nicholson, Rob Johnson and Olivia Gentry rounded out the top five.

Derrick Duggan took home the win in the Mini-Stock feature, with Bo Minor in second, Dan Bennett in third, Michael Courtney in fourth and David Brackett in fifth.

Landon DeGraff was the winner in the Hobby Stock feature, leading flag-to-flag en route to the win. Ryan Ray finished in second, followed by Cory Hillman in third, Brandon Conner in fourth and Jake McTaggart in fifth.

Senoia Raceway is scheduled to return to action on Saturday, May 16. For more information, visit SenoiaRaceway.com.