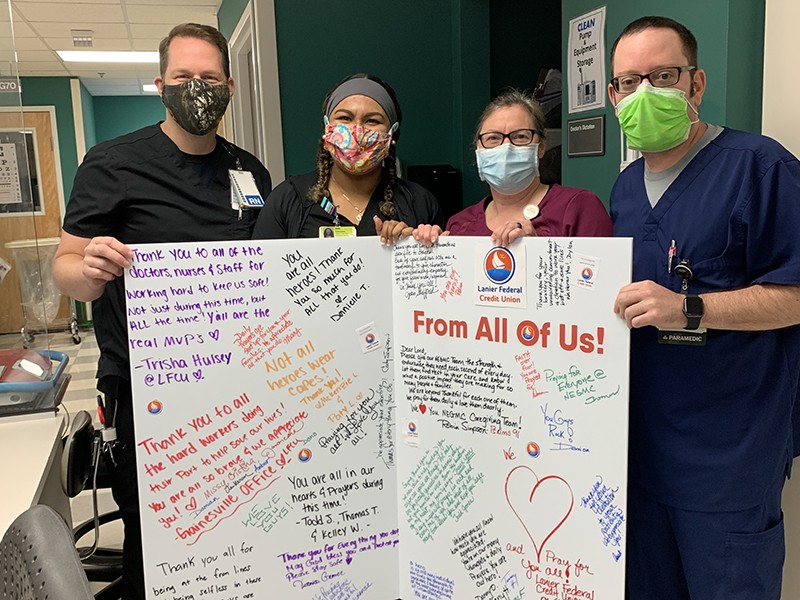 Staff with the Northeast Georgia Health System hold the giant Thank You card delivered to them by Lanier Federal Credit Union CEO Robin Simpson on Tuesday. 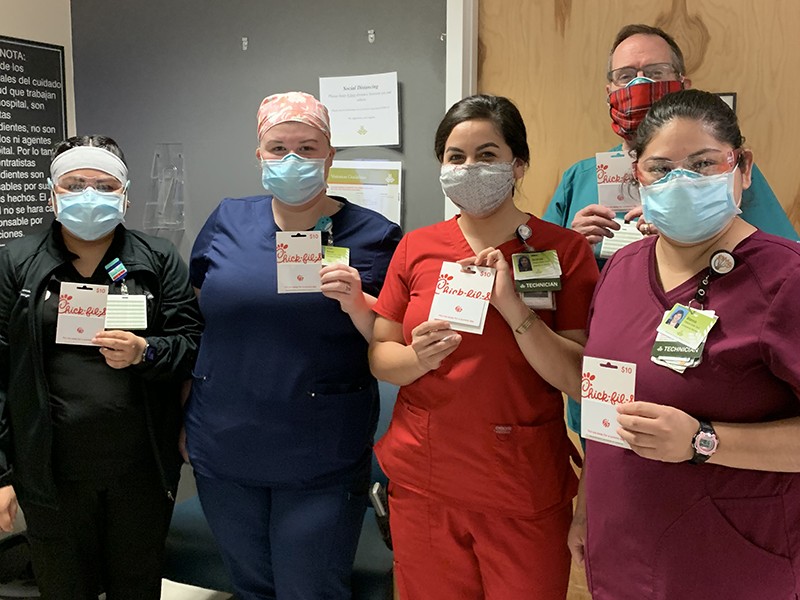 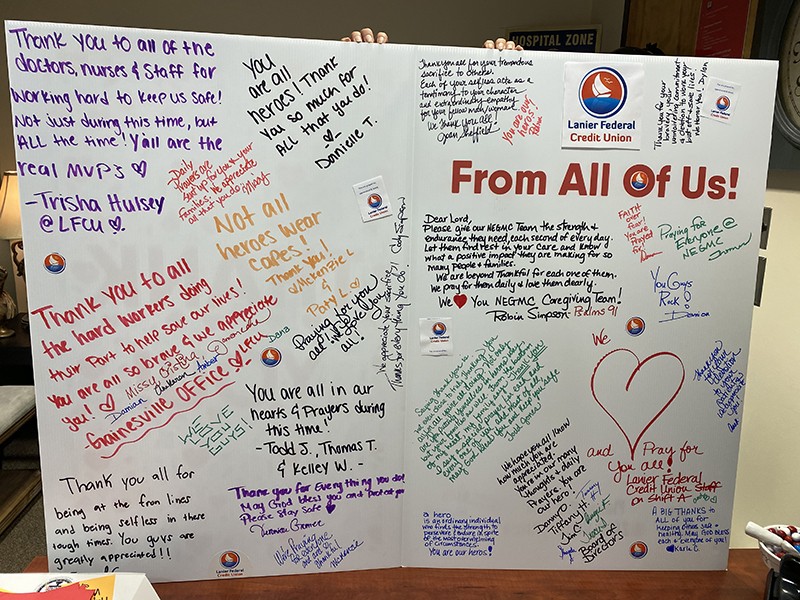 Robin Simpson, CEO of Lanier Federal Credit Union, had no idea it was National Nurses Week this week when she delivered $10 Chick-Fil-A gift cards to around 400 employees of the Northeast Georgia Health System.

For her, it was just a matter of giving back to those who are on the front lines of fighting the COVID-19 pandemic.

“She’s always been a real giving person,” said Joan Sheffield, Chief Human Resources Officer for the credit union. “She’s been blessed in her life and she always wants to look back over her shoulder and help those less fortunate…she’s got a big, big heart.”

A big, big heart was drawn on the giant thank you card signed by each of the Lanier Federal Credit Union employees and delivered along with the gift cards by Simpson on Tuesday, May 5th.

Sheffield said Simpson delivered the gifts to Emergency Department and EMS staff at the Northeast Georgia Medical Centers in Gainesville and Braselton. She said money for the gift cards came from funds provided by the Credit Union.

“She has a niece, I believe, that works in the ED and I think just talking to her and hearing some of her trials over the last few weeks made Robin want to rise to the occasion and do something,” Sheffield. “Something tangible that she could just let them know that the community as well as our small group here at the Credit Union are right behind them.”

Sheffield said Simpson later told her some of the reaction from the healthcare staff that received gift cards.

“Robin was just blown away by how appreciative they were for the gift and just for the thoughtful gesture,” said Sheffield. “They’re so tired and they’re just amazing people and having worked with that group of professionals in my career I can attest that they’re not gonna stop, they’re gonna do what is required to tend to the needs of the community.”

And speaking of people Sheffield has worked with, she said Simpson’s latest donation is just one example of the great deeds she has led during her time as CEO.

“Even though we are a very small organization, her heart is in the right place for the right reasons,” said Sheffield.