Don't talk to me about snakes 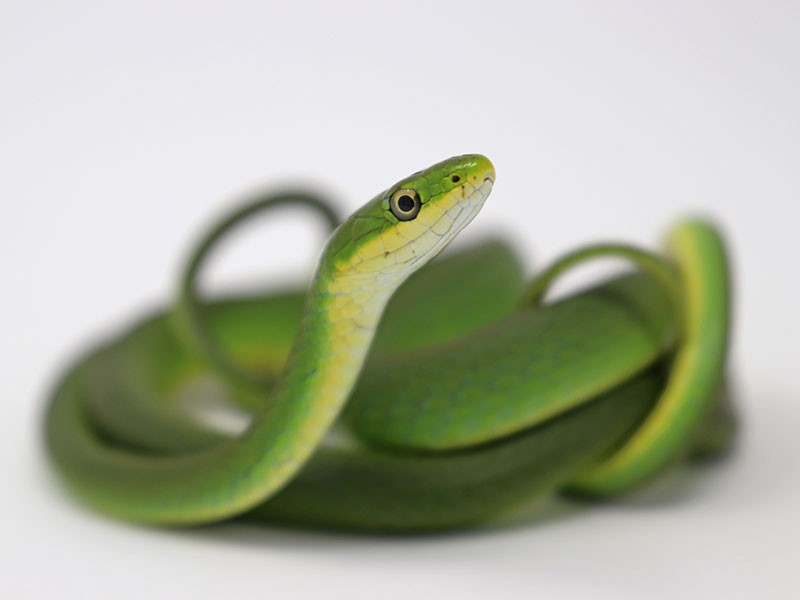 A friend posted a photo last week on Facebook. It was a picture of a small snake in the bushes right outside her front door.

The caption read, “Now I have to burn down the house.”

There are really two schools of thought about snakes. One is rational and well-thought out. That snakes are not really the epitome of darkness and evilness and most of them aren’t poisonous anyway, so why should you be afraid of them?

A lot of the comments on my friend’s post were from that school. They told her not to be afraid, that the snake won’t hurt her. “It’s so cute,” one person even had the audacity to write.

The other school of thought is don’t come talking to me about no damn snakes.

That’s the school I attend. I don’t like snakes. Petrified might be a better way to describe it. I don’t want to see a snake in real-life. I don’t even want to see a photograph of a snake. I fast-forward through scenes that involve snakes in movies or TV shows I watch.

People tell me all the time I shouldn’t be afraid of snakes.

“Mitch, you shouldn’t be afraid of snakes,” they say. “Most of them are harmless.”

OK, most. But not all. And I ain’t one for taking reckless chances.

“It’s easy to tell if a snake is venomous,” they say. “Just look at the shape of its head.”

Oh, yeah. That’s not going to happen. If I encounter a snake, I’m not going to hang around for a formal introduction. And I’m certainly not about to say, “Excuse me, Mr. Snake, could you slither a little closer so I can get a good look at the shape of your head?”

If I’m wrong, then I better hope I have a pocketknife on me so I can slice my leg open to suck out the poison. No. Thank. You.

Once when I was kid, I was pushing our boat into the lake behind our house. There was a snake curled up beneath it. I didn’t take a look at its head. I ran. All the way into the house, where I locked the door and hid under the covers until I was sure it was gone. I don’t think I went near the lake for about a month and when I did go back, I made sure I was armed with a hoe.

As far as I’m concerned, every snake is either a copperhead rattlesnake or a water moccasin. And knowing the things science can do, who’s to say those snakes haven’t mutated into the feared water copper-rattled moccasin that can chase you and slide under closed doors and follow you to work.

I know it’s an irrational fear. We’re all entitled to our irrational fears. But I know that some snakes do good things. And I’m willing to let them be. My house, my car and my office only take up a miniscule part of the planet. If the snakes will stay out of my living space, I’ll leave them alone to do their thing.

Truth is, I doubt I’d kill a snake unless I truly felt threatened. And I doubt that would happen cause I’m going in the other direction at the first sight of a snake.

But if they venture too close, I’d advise them to remember I have a hoe.