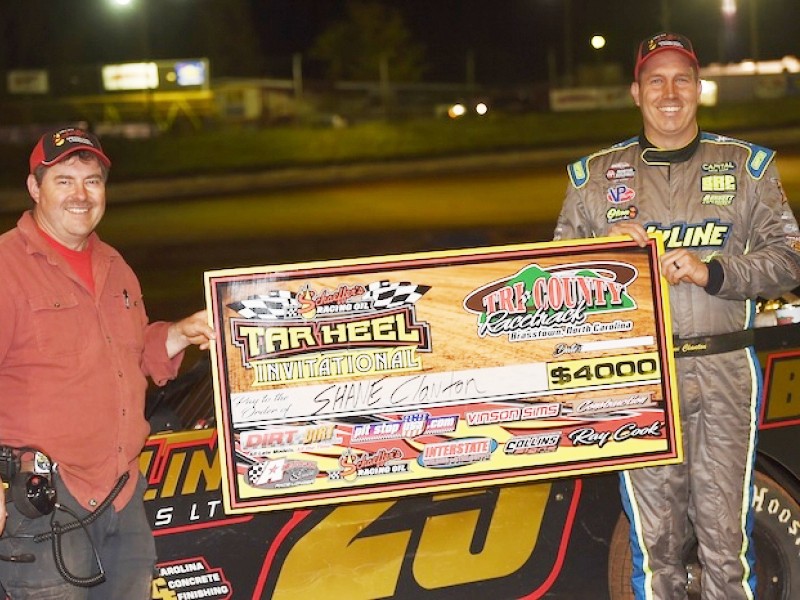 The Peach State pair battled for the win with no race fans in attendance due to COVID-19 restrictions, but that didn’t lessen the excitement on the track.

For his efforts, Clanton, from Zebulon, Georgia, pocketed a $4,000 payday.

Clanton started the 40-lap feature form the pole, and led the majority of the event while Dawsonville, Georgia’s McIntosh moved to the runner-up position.

Over the closing laps, McIntosh tried to challenge for the win, but came up short as Clanton took home the win.

McIntosh finished in second, with David Payne in third, Casey Roberts in fourth and Brandon Overton in fifth.