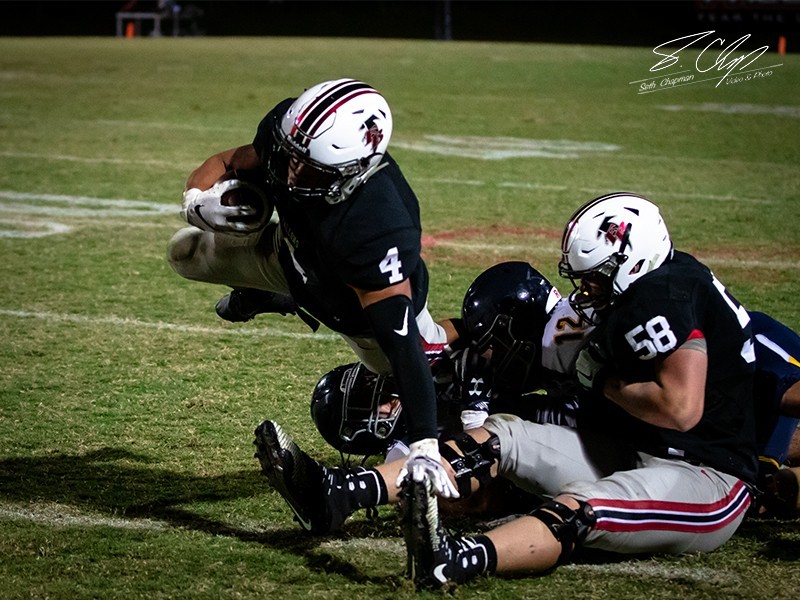 The newest series on AccessWDUN, our 2020 region rundown webcast, will look at each region involving northeast Georgia area teams as we, hopefully, begin preparations for the upcoming 2020-21 sports season.

This week we will dive into Region 8-4A, which features area powerhouses Jefferson and Flowery Branch, along with Chestatee and East Hall.

The new Region 8-4A is an amalgamation of five regions in the northeast Georgia area. The old Region 8-4A was fractured in the new realignment as only Madison County, a Class 4A quarterfinalist in 2019, and North Oconee return from that five-team configuration. Cedar Shoals, which advanced to the second round in Class 5A, dropped down with Chestatee and Flowery Branch moving over from Region 7-4A. East Hall moved up from Region 7-3A and Jefferson, a quarterfinalist in Class 3A in 2019, moved up from Region 8-3A.

As a result, the new-and-improved Region 8-4A could be one of the most athletic and challenging regions in the classification. Rising stars like Jefferson junior Malaki Starks, which has garnered multiple Power 5 offers, and East Hall sophomore quarterback Clete Cooper, who finished 12th in the state in passing in 2019 (2,499 yards) return, as does Branch senior running back Jaizen Ellingham (818 yards, 14 TDs in just 7 games). Cedar Shoals junior running back Jerdavian Colbert (1,342 yards, 13TDs) and Chestatee senior quarterback Christian Charles (3,013 all-purpose yards) also plan on giving fans plenty to watch.

This week Jefferson football coach Gene Cathcart and Flowery Branch head coach Ben Hall join Bo Wilson and Jeff Hart to discuss the new region and how each of their squads, which are being tabbed early as the teams to beat for the region title, should fare in what is expected to be a slugfest of a region.