Coronavirus has me missing sports, even NASCAR 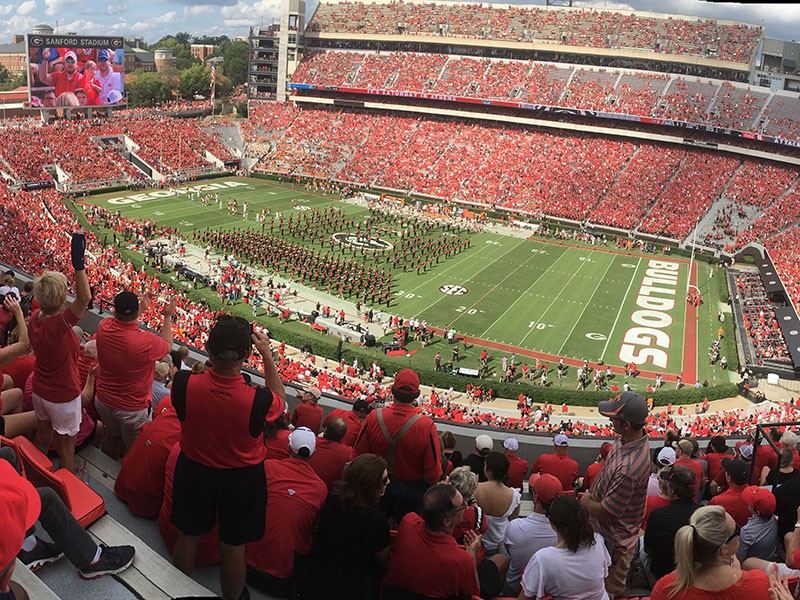 You know, of course, that I’m a huge college football fan. On Saturdays in the fall, you’ll find me wherever my beloved Georgia Bulldogs are playing. Football can be an exhausting, agonizing game, especially when Georgia is second and goal on the Auburn 2 with 30 seconds left in the game. But I love it and, fingers crossed, hope we have a season.

Of course, right now, we should be in the first weeks of a new baseball season. It’s relaxing. What a glorious way to spend an afternoon. A bag of peanuts in one hand, a cold adult beverage in the other and a pitcher’s duel unfolding in front of me. At a baseball game, I’m able to sit back, relax and soak in the whole environment.

I have a friend who says baseball is boring, that nothing ever happens.

“What baseball needs,” he tells me, “is cheerleaders. At least I’d have something to watch while the pitcher is adjusting himself and the batter is knocking mud off his cleats.”

Some people clearly have no taste.

But I even miss other sports. No Masters. No breakfast at Wimbledon. Shoot, I even miss NASCAR. And I don’t like NASCAR. I honestly believe NASCAR would be better if half the cars were going in the other direction.

I admit, openly and without shame, that my problem with NASCAR is that I’ve never learned the strategy behind the sport. I understand what coaches are thinking on fourth and goal. I have no idea when drivers choose to pit when they do. So I’m just not a fan, but so what? Not everyone is a college football fan, either. To each his own, I say.

I have another friend, though, who cringes every time he hears someone call a NASCAR driver an athlete.

“The car is doing most of the work,” he says.

Some of that is true. Certainly, Chase Elliott can’t go 200 mph without his car. But you need a skilled driver to steer, to brake and to know when to hit the pits for fuel. And you certainly must be skilled to maneuver in car at 200 mph in all the traffic as the cars go bumper-to-bumper around the track.

I have enough trouble negotiating traffic on the interstate, and we’re only going 70 mph. Most of the time. Still, I might like NASCAR more if some of the hazards I face on the road were incorporated into an auto race.

Every driver on the highway dreads seeing orange construction barrels. But wouldn’t it be entertaining if in, say, turn three, orange barrels narrowed the track down to a single lane and drivers had to jockey for position to get through?

A lot of NASCAR races are now run at night under the lights. For those races, deer should suddenly leap across the track.

And at least one old man with a fishing hat needs to get on the track in his beat-up pick-up truck going about half as fast as the rest of traffic.

My racing friends say I would enjoy NASCAR more if I ever saw a race in person. I’m open to the idea, though. I’ve always enjoyed new experiences, and I’m not afraid to try something that I think I may not like. Besides, I actually might enjoy seeing a race firsthand.

Especially if half the cars are going in the other direction.