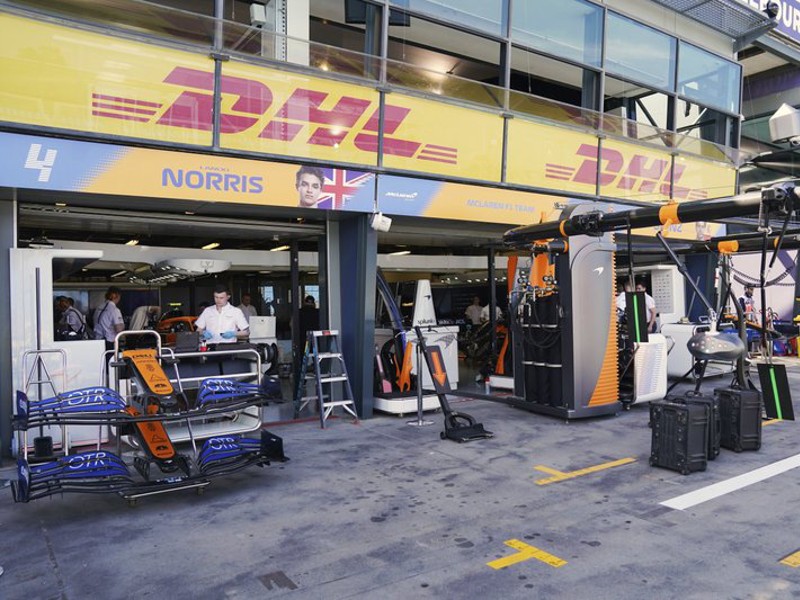 Technicians work around equipment and car parts in the The McLaren team pit at the Australian Formula One Grand Prix in Melbourne, Thursday, March 12, 2020. McLaren says it has withdrawn from the season-opening Australian Grand Prix in Melbourne after a team member tested positive for the coronavirus. (Michael Dodge/AAP Image via AP)
Contact Editor

PARIS (AP) — The iconic Monaco Grand Prix was added Thursday to a growing list of Formula One races to be postponed because of the coronavirus outbreak.

The first seven races of the Formula One season have now been postponed, with Netherlands and Spain joining Monaco as the latest to be called off.

F1′s showcase race was scheduled for May 24 in the tiny principality on the Mediterranean coast between France and Italy.

The Dutch GP was set to return to its re-vamped Zandvoort track outside Amsterdam to host an F1 race on May 3, and for the first time since the late Niki Lauda won there in 1985. Spain was set to follow on May 10.

Because of the latest postponements, the F1 season cannot get underway until June 7 at the Azerbaijan GP.

Governing body FIA said the season will begin “as soon as it is safe to do so.”

Formula One and the FIA said they were taking these decisions “in order to ensure the health and safety of the traveling staff, championship participants and fans, which remains our primary concern.”

For most people, the virus causes only mild or moderate symptoms, such as fever and cough. For some, especially older adults and people with existing health problems, it can cause more severe illness, including pneumonia. The vast majority of people recover.

The season-opening Australian GP in Melbourne was called off only hours before it was due to start last Friday. The Bahrain GP, scheduled to start on Friday without fans, and the inaugural Vietnam GP on April 5 were then quickly called off. The Chinese GP in Shanghai on April 19 was postponed in February.

The mid-season break has been moved from August to March and April and extended from 14 to 21 consecutive days. Teams can choose their 21-day period for ceasing activities. That will allow more flexibility in re-arranging races.

Following Azerbaijan is Canada on June 14, France on June 28 and then Austria on July 5.

The season is scheduled to end with the Abu Dhabi GP on Nov. 29, but could be extended to fit some postponed races in.