Motorsports shutdown rare, but not unprecedented 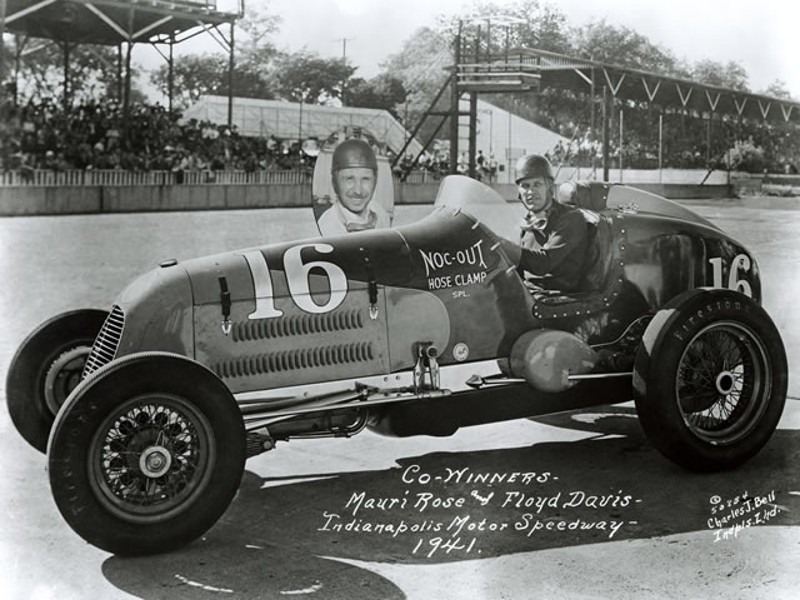 Floyd Davis and Mauri Rose are credited as co-winners the 1941 Indianapolis 500. Davis started the race, but Rose took over the car on lap 72 and drove to the finish. It marked the final running of the famed race prior to the start of World War II, when all motorsports came to a halt.
Photo: Indianapolis Motor Speedway
Contact Editor

For the first time in almost 80 years, the motorsports community is dealing with a shutdown of more than a few days.

In an industry that is used to dealing with weather delays that usually postpones events for a day or two, it's unchartered territory.

From major touring series to local race tracks, the motorsports world has, for the most part, ground to a halt as the world deals with the COVID-19 pandemic.

It started when Formula One announced they would race without fans in attendance at Bahrain over concerns for the virus.  Last week, NASCAR first decided to run races at Atlanta and Miami without fans.  Then they moved to postpone both events.

The situation continued to evolve, and eventually NASCAR, IMSA, NHRA and IndyCar all made the move to postpone their seasons.  On the short track level, local speedways made decisions to postpone or cancel events as local and state governments implemented rules to deal with the spread of the virus.  Now fans are looking at the next several weeks with no on-track action.

But it’s not the first time this has happened in the United States.

The American racing world skidded to a halt shortly after the bombing of Pearl Harbor on December 7, 1941.  When the United States formally entered World War II, all racing – along with other sports – came to a halt to focus on the war effort. Plants stopped manufacturing automobiles, and began working to build airplanes, tanks and Jeeps.

That included the Indianapolis 500, with the famed Brickyard falling into disrepair during the four year layoff.  It also included racing on the sands of Daytona’s famed beach, which had hosted Modified stock cars in the few years prior.

Of note is one of the final major events to be held just prior to the bombing.  On November 2, 1941, Lakewood Speedway in Atlanta, Georgia held the Lloyd Seay Memorial.  The race was held in honor of Dawsonville, Georgia’s Lloyd Seay, one of early stock car racing’s biggest stars.  Seay was shot to death in a family dispute on September 2, 1941 – one day after winning at Lakewood.

Chamblee, Georgia’s Jap Brogdon scored the victory.  The trophy currently sits in a place of honor at the Georgia Racing Hall of Fame in Dawsonville, Georgia.

When the war was over, racing resumed, with some of the first events rolling off in August and September of 1945.  One of the first major stock car events in the country was held on September 3, 1945, with Dawsonville, Georgia’s Roy Hall winning a 75-lap event at Lakewood Speedway.

With cars and drivers again hitting the nation’s speedways, it didn’t take long for motorsports to get back up to speed.  Under new management, the Indianapolis 500 returned in 1946, with George Robson scoring the first post-war Brickyard win.

At Daytona Beach, Georgia Racing Hall of Famer Red Byron won the first event held since the outbreak of the war, edging out Joe Littlejohn on April 14, 1946.  It would start a three year run of Georgia drivers winning all events at Daytona, with Fonty Flock, Bob Flock and Hall all joining in to dominate through the end of 1948.

With the four year layoff during World War II being the last major gap in the racing season, the county now is facing at least eight weeks without a racing fix.

There are concerns in the industry, of course.  Motorsports runs on money, and a lack of product could spell disaster for smaller, underfunded race teams, and it could also mean some very lean times for short tracks all over the country that depend on the weekly racing revenue to keep them afloat.

But in the meantime, some parts of the industry are finding a way to keep racing relevant during the shut down.  NASCAR announced on Wednesday that they will be teaming with iRacing to have several of their top drivers competing in an online eRacing league, with Fox Sports broadcasting the virtual racing events.

While it’s not quite the same as real life racers tearing around the speedways, it at least will give the sports world something to watch and enjoy while the world hunkers down to deal with the ongoing situation.